It took a high school principal telling him he couldn’t do it for Nick Hoffman to strike out on his own, launching a highly successful country music career, and also succeeding as the host of a hunting television show now in its seventh season. Next up: An aviation-themed reality show hosted by the new aircraft owner. 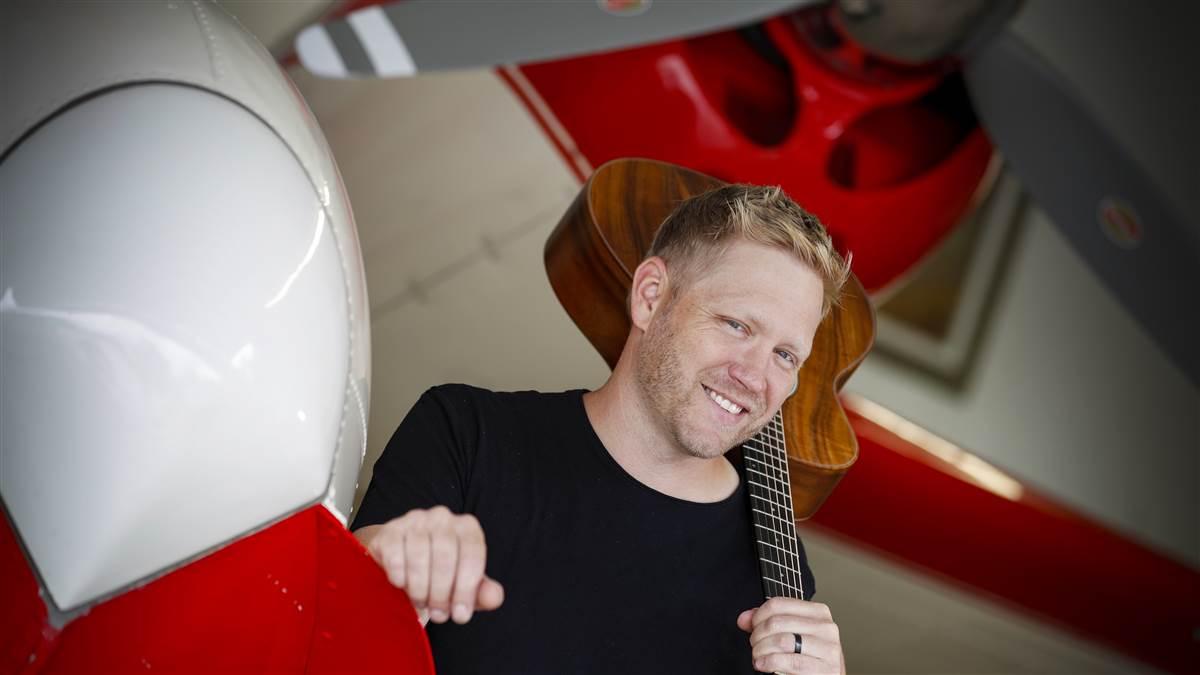 Playing bluegrass gigs with his teenage buddies meant Hoffman missed a lot of days of high school, resulting in a trip to the principal’s office. “‘You’re going to have to repeat your junior year because you’ve missed 10 days total,’ the principal said,” Hoffman recalls. “I was getting good grades. I was doing my homework. I was doing everything. And I said to him, ‘The reason I’ve missed these days is because I’m playing music and that’s what I want to do with my life.’ And he said, ‘You’ll never amount to anything as a musician. Give up on that dream right now.’ I couldn’t picture myself spinning my wheels any longer. All I wanted to do is get my music career started. So, I hopped a Greyhound bus that night and went to Branson [Missouri]. Looking back, it was a pretty bold, brazen move. It was pretty stupid really, but my poor mother!”

He quickly moved to Nashville with the dream of “being Garth Brooks. I ended up getting the gig of a lifetime, joining Kenny Chesney’s band when he was just starting to blow up,” soon playing concerts in front of 60,000 people. “Literally every musician’s dream come true.” Since then, the 42-year-old has played fiddle and guitar for numerous other big-name country stars. 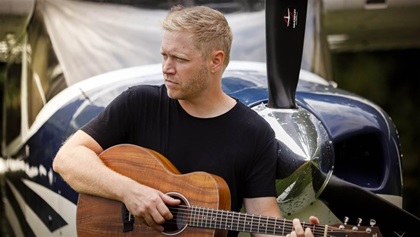 In 2010 he got his own record deal with his band, The Farm, pumping out a couple of Top 40 hits. His first solo album is due out this spring. He turned another of his passions into a profession with the launch of Nick’s Wild Ride with Nick Hoffman in 2017, a hunting show on the Outdoor Channel. The award-winning show explores local culture, history, food, and music while he travels the world for exotic hunts. Season seven will be out later in 2022.

He turned to his other passion, aviation, for another reality show called Runways, which he expects to begin production in spring 2022. “I will be setting down in unlikely places and searching for interesting food and history. Aviation is full of interesting characters.”

Influenced by his father and grandfather, Hoffman learned to fly as a teenager, his first time in the air as a 9-year-old at EAA AirVenture during a Young Eagles flight. “And then on top of that, I talked the captain of the Ford Tri-Motor into letting me ride along, too. I’ve always been obsessed with aviation.” At Crystal Skyways in Crystal, Minnesota, he bartered time pumping gas and working the flight desk for flight time. “So, when I moved to Nashville, I had my private pilot’s license and I was flying a lot. And then as my career took off, I just didn’t have as much time,” he said. One year turned to another and soon it had been 15 years since he had flown, except bumming rides with a few friends. He found the AOPA Rusty Pilot information online. “When I dove in, I dove straight into the deep end—straight into aircraft ownership.”

He purchased a Glasair GlaStar kitbuilt airplane out of Canada. His goal is to fly short takeoff and landing and STOL Drag competitions to hone his skills enough to feel comfortable in the backcountry and to use the airplane in Runways. “It’s a good adventure airplane. I’m going to be able to throw my guitar or my hunting gear or anything I want in the back, and my wife and I can go wherever we want. One of my dreams is to fly myself into a hunt, take everything out, fly myself out. People do that all the time in Alaska, but for a Minnesota boy, I’ve never done that.”

Hoffman’s love of flight comes through in a song he wrote in about 45 minutes while on a flying weekend in Wisconsin with a bunch of other pilots in 2019. The song, Runways, Wings, and Gasoline, tells his story of learning to fly as a teenager and finding comfort in the sky. Later, he wrote a second verse and recorded the song in the studio. It’s now available as a single on Pandora and to AOPA members through a special arrangement with his record company.