Piaggio’s P180 Avanti created quite a splash with its 1990 certification in the United States. 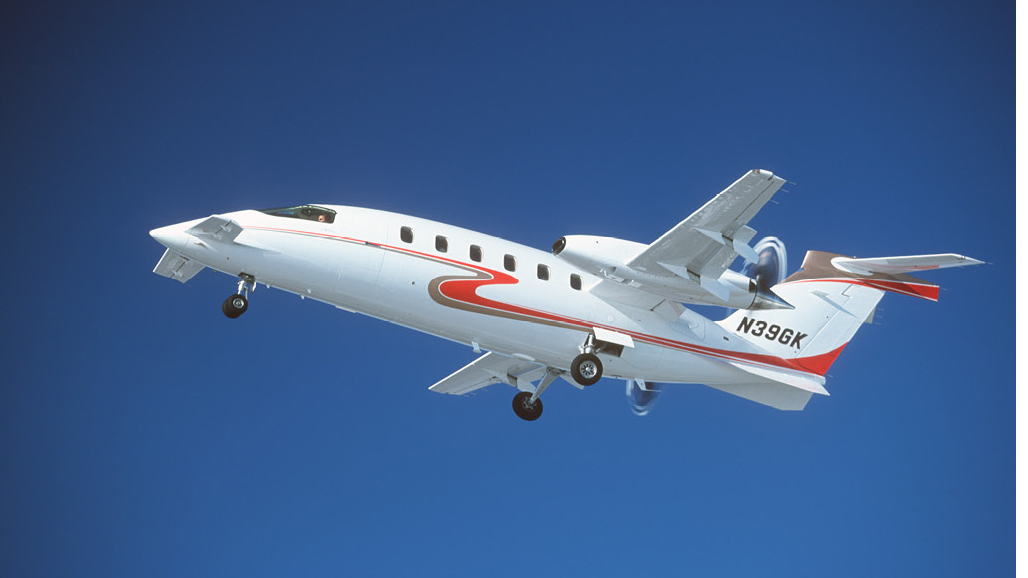 While canard configurations like the Beechcraft Starship were gaining a lot of attention back then, the exotic Avanti begged to be even more different with its three-lifting-surface arrangement versus the canard’s tail-forward setup. The Starship’s forward canard controls pitch whereas the Avanti has a conventional stabilizer/elevator surface. The foreplane is essentially a portion of the wing moved to the front to allow the main wing to be moved further aft in order to create a larger cabin. Where the two designs are in accord is that they are both largely stall proof.

Piaggio succeeded in its design goals to create a large cabin as well as a very fast design that puts it squarely in the light jet arena. Being a turboprop, however, it uses a fraction of the fuel jets would use. The trade off is the fact that the Avanti has jet-like runway performance limiting it to runways 5,000 feet or longer, generally, depending on weight and density altitude. With a top speed of 400 knots (Avanti II/Evo), these airplanes cruise as much as 100 knots faster than traditional turboprops.

Avanti II appeared for the 2006 model year with higher thermodynamically rated engines. In simpler terms, that means the engines maintain their 850 shaft horsepower to a higher altitude thereby increasing true airspeed of the airplane through the thinner air. Rockwell Collins Pro Line 21 avionics suite also debuted in the Avanti II.

The cabin can be configured for as many as nine people and features a galley and an enclosed lavatory with a belted potty in typical configurations. Cabin dimensions are spacious compared to a Beechcraft King Air and more in line with a midsize jet. Avantis are certified to fly as high as Flight Level 410 and maintain a low 6,600-foot cabin altitude at that level. The external baggage area is not pressurized. Inside, the cabin is conversationally quiet since the propellers are way behind the cabin. On the ground, however, the Avanti’s overflight noise footprint is on the high scale, which is typical of pusher designs.

If range is the mission, getting the Avanti up to FL410 and cruising about 300 KTAS will yield a near-1,500 nautical mile range while still cruising as fast as the competition. At FL380, you can expect 380 KTAS on 600 pounds per hour in an Avanti II. With the hammer down and in the low 30s, Avanti IIs can hit 400 KTAS on 800 pounds per hour. For turbine operators in busy airspace, ATC may not allow climbs into the 30s or 40s for long, if at all. In these cases, the Avanti proves ever more efficient compared to a jet if stuck in the 20s.

Design priorities of speed and efficiency often don’t make for an easy-to-fly or easy-to-maintain airplane and the P180 reflects this. In flight, the Avanti handles much like its competition, but the jet-like takeoff and landing speeds, lack of FADEC, narrow gear track, twitchy electric steering, and grabby carbon brakes combine to make the airplane more of a handful than your run-of-the-mill King Air or Cessna Conquest. While it may be certified to fly with one pilot most P180s are crewed by two. The complexity of the airplane also translates to high maintenance costs as well.

For years, Avantis languished on the fringes of general aviation as a niche airplane. That all changed in 2003 when Avantair put the design thoroughly on the map in the United States as a successful fractional-ownership provider of Avantis. At one point, Avantair had 57 P180s in its fleet. Unfortunately, ill-fated business and maintenance practices eventually led to its bankruptcy in 2013.

Avantair’s demise, parts scarcity, and maintenance headaches combine to make P180 ownership a challenge. Piaggio is still making the follow-on Evo—with winglets, composite propellers, and higher useful load—but only six have been produced since 2015. Piaggio’s appearance at the Singapore Airshow in February lifted hopes somewhat that the design can survive. Vref lists the value of a 1990 P180 at $846,600 ranging up to $6.1 million for a 2019 Avanti Evo.