Get the app Get the app
News & Media Five Questions

Natalie “Nat” Esser is a first officer for a major Canadian airline who became interested in short takeoff and landing (STOL) competitions after her husband attended the High Sierra Fly-In in 2018. “Josh came home raving, so I knew I had to get down there,” said Esser. 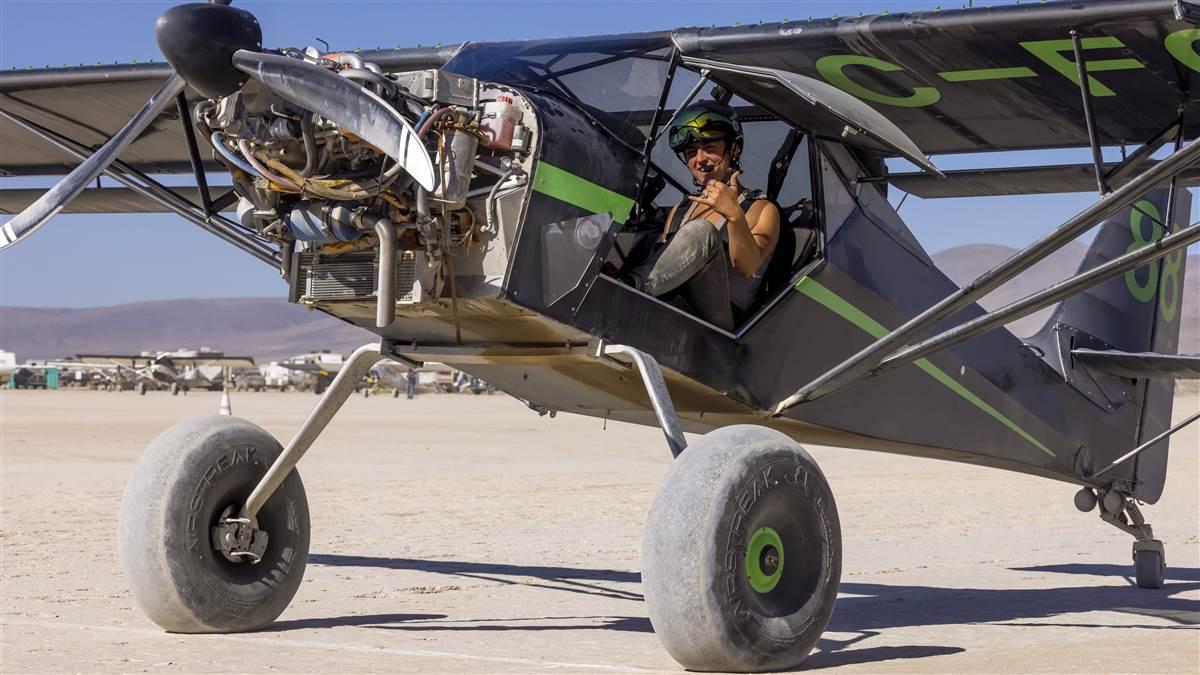 The 2019 High Sierra Fly-In was when organizers The Flying Cowboys advertised a $2,000 prize for the fastest female racer. Esser started training in her Kitfox. “We set up a course, and I did about 10 runs before going to the lakebed,” she said.

To her delight, she won the $2,000 grand prize and took sixteenth place overall, meaning that she qualified to race STOL Drag at the STIHL National Championship Air Races in Reno, Nevada.

After several months of maintenance and upgrades on her beloved Kitfox, Esser raced at Reno in 2021 and placed third overall. Almost a month later, Esser placed second in the silver class at High Sierra. “So many pilots and nonpilots think I’m crazy, but if you have the drive to do it, it’s very attainable,” said Esser.

How did you get started in aviation? I grew up near an air force base in Ontario, Canada, and was always captivated by the airplanes flying overhead as a little girl. At the age of 12, I joined the Royal Canadian Air Cadets where I received scholarships to earn my glider pilot license at age 16 and my private pilot at age 17.

What were your biggest challenges? Some of my biggest challenges have been related to large transitions throughout my career. For example, I went from flying a Cessna 441 around Canada and the U.S., to flying Learjets worldwide for an air ambulance company. Another big step was when I transitioned from flying the Q400 at a regional carrier, to flying the Airbus 320 at Air Canada. Those large transitions took a lot of commitment to simultaneously learning a new airplane, a new company, and a new operating environment.

What is your favorite aircraft? My Kitfox!

Advice for students? Try to take your training one step at a time and enjoy each phase along the way. It’s so easy to get caught up in the “what’s next” mentality, but if you’re able to enjoy the journey you’ll be much more likely to stick with your training and get where you want to be.