The sky is falling

What to do with defunct spacecraft?

Most spacecraft at the end of their lives are destined for a cemetery on Earth or a fiery cremation. Small spacecraft are dropped from orbit, blazing through the sky like a meteorite. Either they are completely consumed by the heat of reentry, or any remaining bits are too small to be a hazard to anyone on Earth. 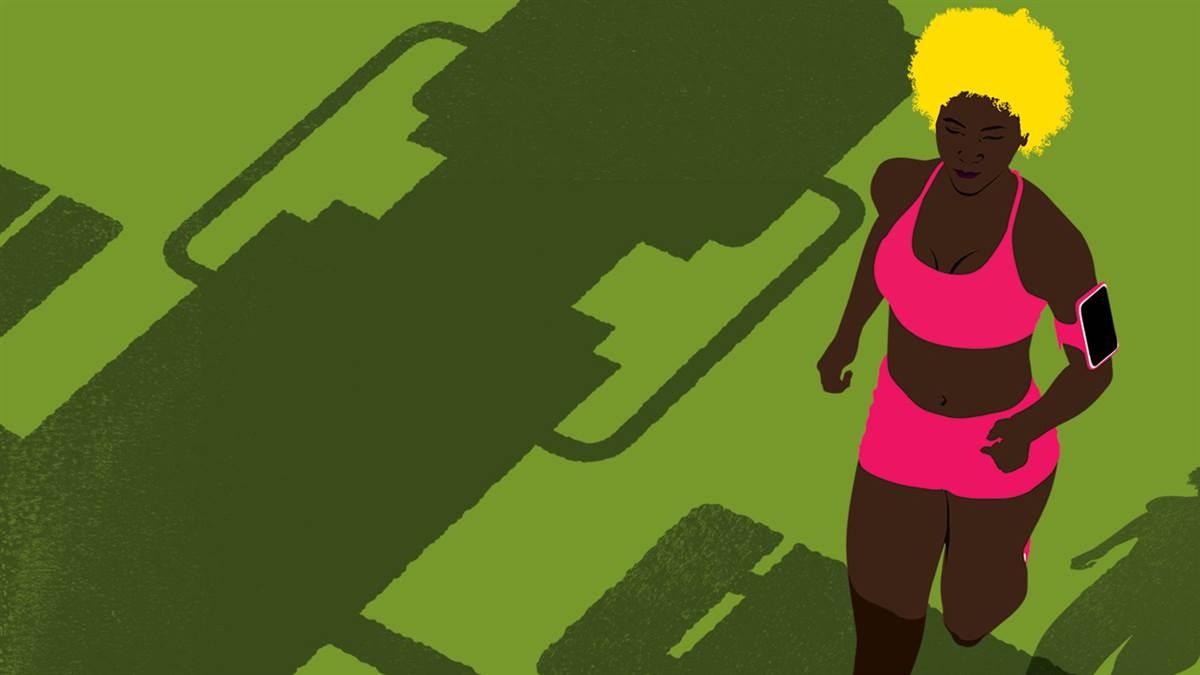 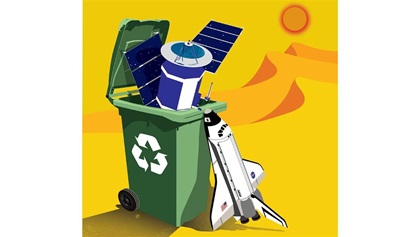 Objects about 4 inches across and larger are cataloged and routinely tracked in space. Objects as small as 0.12 inches can be identified by ground-based radars, allowing scientists to estimate the amount of space junk with statistics.

Inside low-Earth orbit—within 1,250 miles of the Earth’s surface—there are 23,000 known man-made fragments larger than 4 inches and 500,000 pieces under 4 inches. —National Geographic

But, what do you do with a 925,000-pound space station? Anything of that size is bound to create hundreds of pieces of flying, flaming space debris that will survive reentry through the atmosphere. So, where can you land an old, worn-out space station safely?

ISS
The International Space Station was built as an orbiting laboratory for astronauts and scientists to conduct scientific experiments in space and study the effects of long periods in weightlessness on humans. The first components were launched in 1998, and the first resident crew arrived in 2000. But now, after 22 years of hosting astronauts from numerous nations, the ISS is aging, and plans are being made for its disposal. The United States, European Space Agency, Japan, Canada, and Russia—who jointly operate the station—will guide the ISS to a controlled reentry from orbit at the end of its useful life, which is currently planned for 2030. It’s aiming to hit a whole lot of nothing, a long way from anywhere.

Middle of nowhere
Since 1971, a region known as the “South Pacific Ocean Uninhabited Area” has been the target for defunct satellites and spacecraft on their final journey. The area is centered on the spot in the ocean that is the farthest point from any land, often known as “Point Nemo.” It’s approximately 3,000 miles east of New Zealand, 2,600 miles west of Chile, and 1,700 miles north of Antarctica, at 49 degrees south and 123 degrees west. It being so far from land, the ISS astronauts flying over at an altitude of 260 miles are often the closest humans to Nemo.

To geographers, the spot is known as the “Oceanic Point of Inaccessibility.” Its nickname, “Point Nemo,” is taken from Captain Nemo, a character created by French novelist Jules Verne. Nemo first appears as captain of the submarine Nautilus in Verne’s 1870 classic, 20,000 Leagues Under the Sea. Nemo and his crew roam the undersea world, studying the marine life below and attacking war ships on the surface, which Nemo irrationally hates. Nemo appeared in a subsequent Verne novel, The Mysterious Island, in 1875.

Resting place
Point Nemo has become the bull’s-eye of the “Spacecraft Cemetery,” where the United States, Russia, Japan, and the ESA have disposed of more than 300 pieces of space debris since 1971. The Russian Mir and Salyut space stations, and the cargo spacecraft that supply the ISS are targeted there. The heat of reentry does most of the disposal, with only the heaviest pieces surviving to the ocean’s surface.

Point Nemo is so remote that few ships pass by the space cemetery, although some fishermen have seen returning spacecraft blaze across the sky. If you’re worried about whale safety and the health of marine life, the area around Point Nemo is relatively lifeless. It’s located within the South Pacific Gyre, which is a large circulating ocean current. The gyre keeps the water rotating around the South Pacific, which blocks nutrients from reaching the area, so there’s not much marine life. It’s also so far from land that it receives minimal nutrients from coastal run-off. 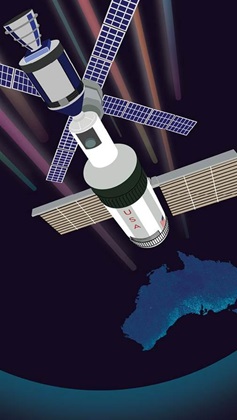 It wasn’t so well planned in 1979, when Skylab’s unguided reentry became an international media event. Launched on May 14, 1973, the United States’ first space station was visited by three American crews in 1973 and 1974 for a total of 171 days. After six years in orbit, Skylab’s orbit decayed and it was headed for Earth, but where? Weighing 168,000 pounds, NASA knew it would burn and break into pieces, but some heavy parts would make it to the ground.

While some entrepreneurs sold T-shirts with bull’s-eyes or “Skylab Repellent,” others wagered cash on the time and place of reentry, as NASA couldn’t determine precisely when or where it would fall from orbit. NASA tried to reassure people, but it also calculated that the odds were 1 in 152 of debris hitting any person; that’s not exactly a “hit by lightning” chance. Skylab reentered on July 11, 1979, with debris falling across a remote desert area about 300 miles east of Perth, Australia.

Up or down?
There’s another alternative to burning space junk and consigning the remains to a watery grave: shoot it into space so that it won’t come back. In 1993, NASA and other space agencies agreed to dispose of defunct spacecraft either in a “graveyard orbit” or by a controlled reentry to reduce the space junk orbiting the Earth. Usually, satellites in high orbits—such as geostationary satellites that orbit at 22,236 miles—are boosted into higher “graveyard orbits,” about 200 miles higher above the highest orbital paths.

Wear a helmet
On January 22, 1997, Lottie Williams was exercising in a Tulsa, Oklahoma, park when she was hit on the shoulder by piece of charred metal. NASA determined that it was a piece of a Delta II rocket that launched a satellite and had reentered the atmosphere. The scrap lightly struck her shoulder, and she became the only person ever to be hit by falling space junk.