After high school, Tommy Files was working as an EMT and then a helicopter flight paramedic for Mercy Health in Springfield, Missouri, when an another pilot who owned a Beechcraft King Air approached him with a request. 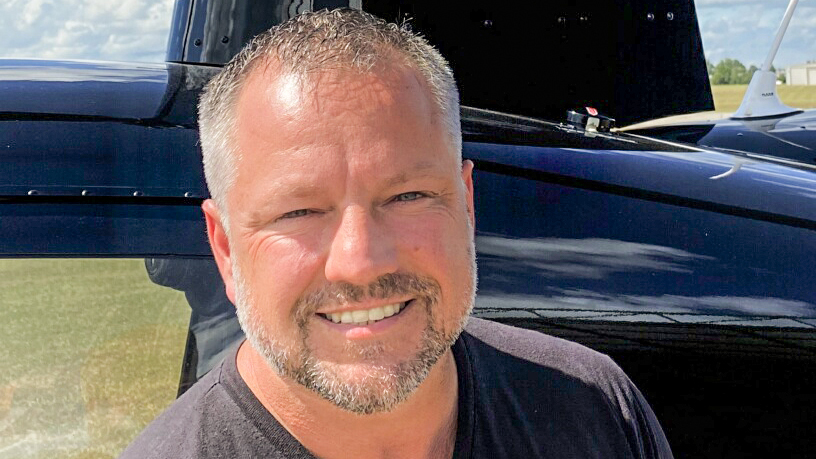 “Would you be interested in flying with me as co-pilot when I take my family on vacations?” he asked Files.

“I had my private pilot certificate and was working on my instrument rating, but I didn’t have the experience nor the certification to fly a King Air,” Files said, “but I figured I could land the plane if I needed to. I told him yes.”

When the same pilot later purchased a Cessna Citation, he offered to put Files through flight training school to attain the necessary ratings to fly it. Files was 23 years old.

“I found myself at a crossroads,” Files said. “I had previously applied for the Missouri Highway Patrol Academy. They were about to begin their student selection process and I knew I had to make a decision about what career I wanted to pursue. I couldn’t be a patrolman and a pilot both.”

“During my one-week training at FlightSafety International in Dallas, Texas, an instructor told me I should think about training for the pilot in command position, instead of the second in command,” Files said. “My benefactor offered to pay for it.”

“Within two years I went from being a private pilot, trained in a Cessna 150, to being a pilot in command on a Citation jet,” Files said.

One of Files’s most ambitious projects, though, came shortly after attaining his commercial helicopter rating in 2016.

“I bought two new Robinson helicopters and began a 135-charter service and a Part 141 flight training school, the only one in Missouri,” Files said. “Later, I added three more helicopters to my fleet.”

His businesses, including an authorized Robinson service center, operate as Heartland Helicopters and are based in his hometown of Lebanon, Missouri, where he lives with his wife, Kelly, and 6-year-old twin daughters, Bristal and Brielle. An older daughter, 27-year-old Brittany, lives in Springfield, Missouri, where she is pursuing a medical career.

Files says his Part 141 school has an average of 10 students at any given time.

“We are waiting for approval to accept VA funds,” Files said, “with a waiting list of about 30 prospective students so far.”

For a business owner, it’s not a bad position to be in.

Files says, though, that he’s run into a problem created by a pilot shortage.

“I have trouble keeping flight instructors,” he said. “A lot of commercial operations have decreased their flight-hour requirements, so my instructors move on more quickly than before. Right now, I’m down to two instructors.”

“We used to receive parts in two days,” Files said. “Now it takes over two weeks.”

Files realizes that, at age 47, in spite of the hiccups, his 23-year aviation career has been a kind of Cinderella story.

“I didn’t set out to do any of this,” he said. “I was just ready when each opportunity came along.”

Sheila Harris is a writer in southwest Missouri.