Optimal flying in a world of expensive avgas

With fuel prices at all-time highs, it’s more important than ever for pilots of general aviation airplanes to fly in a fuel-efficient fashion. I am especially sensitive to this issue because I fly a piston twin that guzzles 30 gallons per hour and I suffer post-traumatic stress each time I refuel. 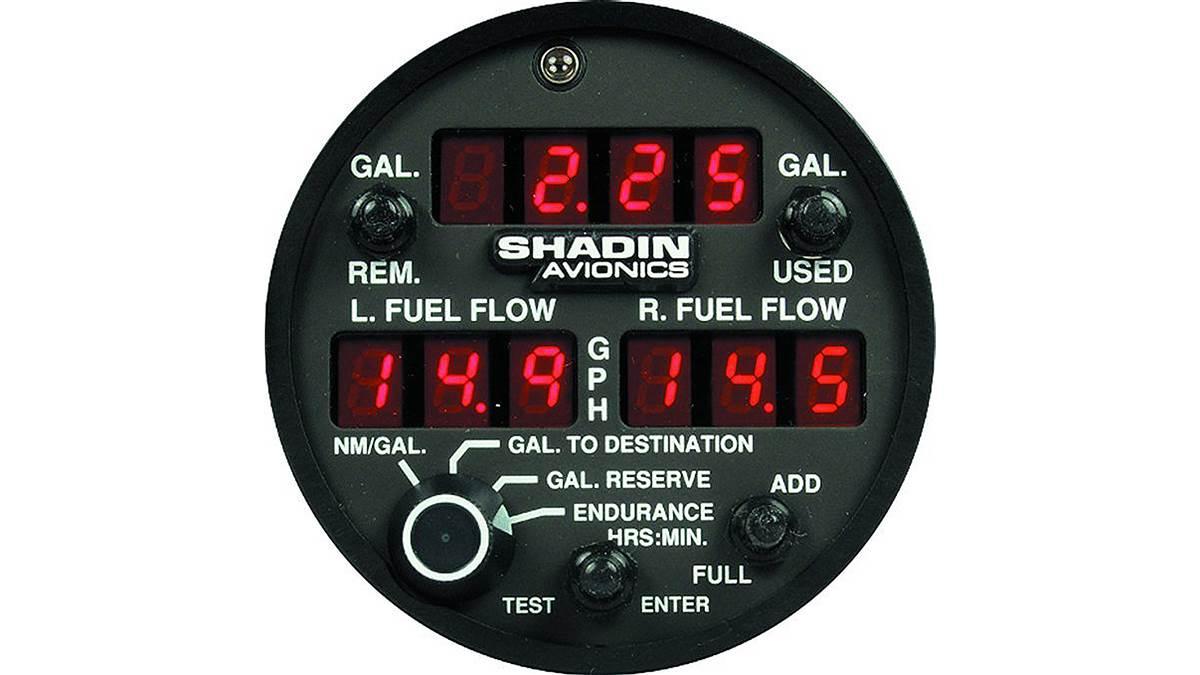 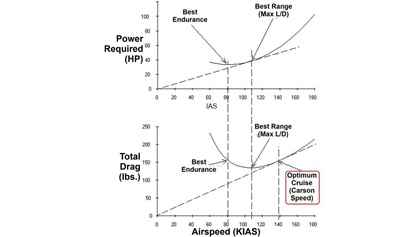 So, how can we get the best bang for our avgas buck? Well, it turns out that there are a bunch of things that contribute to fuel-efficient flying. A good place to start is our choice of airspeed.

There are several contenders for the title of “most fuel-efficient airspeed.” The most obvious candidate is the airspeed at which drag is minimized, often referred to as “best L/D” and often found in the POH as “best glide speed.” For my Cessna 310, best L/D is 111 KIAS at maximum gross and lower at lighter weights. For a Cirrus SR22, it’s 92 KIAS, and for a Cessna 172 it’s 65 KIAS. This airspeed will get you from point A to point B using the least amount of fuel and will provide the greatest range.

Another candidate is “best endurance speed,” which sailplane pilots refer to as “minimum sink speed.” This is the speed that lets you remain aloft for the maximum amount of time with a given amount of fuel. This speed is about 32 percent less than best L/D speed. That would be 84 KIAS for my Cessna 310, 70 KIAS for a Cirrus SR22, and 49 KIAS for a Cessna 172.

Best L/D can be useful when flying maximum-range missions, and best endurance speed may be appropriate for loiter-type missions such as aerial surveillance, fish spotting, or pipeline patrol. But frankly, these airspeeds are slower than most of us are willing to fly. Much as we’d like to minimize fuel consumption, we’d also like to get where we’re going reasonably expeditiously.

How can we strike an optimum balance between our desire for fuel efficiency and our need for speed? One answer can be found in a seminal research paper written in 1980 by renowned professor Bernard H. “Bud” Carson, Ph.D., of the U.S. Naval Academy.

In his paper, Carson examined this question: How much does it cost (in extra fuel) to fly faster than the most fuel-efficient airspeed (best L/D)? When he looked at the ratio of excess airspeed to excess fuel consumption, he found that it reaches a maximum at an airspeed of about 32 percent greater than best L/D. Carson referred to this airspeed as “the least wasteful way of wasting fuel.” The rest of the aviation world calls it “Carson speed.”

To optimize fuel efficiency, you need to lean the engine aggressively. So-called “best economy mixture”—which is the mixture that achieves minimum brake specific fuel consumption and maximum miles per gallon of fuel—occurs well on the lean side of peak exhaust gas temperature, typically somewhere between 30 degrees Fahrenheit and 70 degrees F lean of peak. But you don’t need to worry about EGT. If you simply pull back the mixture knob to the onset of perceptible roughness, then push it back in just enough to make the roughness go away (and not any farther), you’ll be in the best economy ballpark.

In addition to optimizing fuel efficiency, operating LOP has other benefits. The engine runs cooler and cleaner. The stress on critical engine components is reduced, as is the buildup of harmful exhaust deposits on valves and other combustion chamber components. LOP is a kinder, gentler way to operate the engine, and pays dividends in engine longevity.

Many pilots believe carbureted engines can’t be operated LOP, but that’s a myth. Most carbureted Lycoming engines will run quite well LOP because the symmetrical design of their induction system provides reasonably even mixture distribution to the cylinders. Carbureted Continentals can be more challenging—particularly the O-470 that powers the Cessna 182, whose poor mixture distribution is legendary—but with attention to detail and a few tricks it can be done.

It would be easy to conclude that achieving optimum cruise is simply a matter of throttling back to Carson speed. But our piston aircraft engines convert fuel into power most efficiently at wide-open throttle (WOT). Pulling the throttle back chokes the engine’s air supply, reducing its volumetric efficiency. The engine wastes energy pumping air past the restriction created by closing the throttle. These “pumping losses” are minimized at WOT.

For best efficiency, we always want to operate the engine at WOT—or as close to WOT as possible without exceeding the engine’s operating limitations. Normally aspirated and turbonormalized engines usually can (and generally should) be operated continuously WOT in cruise. Highly boosted turbocharged engines may need to be throttled back to remain within operating limitations, but shouldn’t be throttled back any further than absolutely necessary.

If the airplane has a constant-speed propeller, best efficiency is generally achieved by pulling the prop control back to the lowest rpm that the book allows. Low rpm dramatically reduces friction losses, improves volumetric efficiency by reducing pumping losses, and usually improves propeller efficiency. Low rpm also gives the engine more time to convert the heat and pressure of each combustion event into mechanical energy before the exhaust valve opens and discards what’s left.

Operating at WOT and low rpm will make some pilots uncomfortable, because they had a CFI who taught them never to operate the engine oversquare. That’s what my primary flight instructor taught me in the 1960s when we didn’t know any better. This notion that “oversquare is bad” is another one of those myths that refuse to die. It’s dead wrong. For three decades, I’ve operated the Continental TSIO-520s on my Cessna 310 at 32 inches of manifold pressure and 2,200 rpm in cruise—that’s 10 inches oversquare if you’re counting—and achieved legendary longevity.

If your airplane has a fixed-pitch prop, you can’t control rpm from the cockpit, but you can maximize fuel efficiency by making sure that you have a cruise prop rather than a climb prop installed. The cruise prop has greater blade pitch and will operate at lower rpm than a climb prop, and give you better performance and efficiency in cruise (at some sacrifice in climb performance).

So, to achieve optimum fuel efficiency, we want to cruise at Carson speed (which is a relatively modest indicated airspeed), but at the same time we want to operate the engine at WOT with low rpm and a LOP mixture. Is it possible to do all these things at the same time?

It is indeed, but to do this you need to cruise at a relatively high altitude that allows you to be WOT without exceeding Carson speed. In a normally aspirated airplane, this generally means cruising up around 12,000 feet. In a turbocharged airplane, it usually requires climbing up to the high teens or low flight levels where these airplanes are most efficient.

When planning a long cross-country flight, websites and apps like AOPA’s Airport Directory, AirNav, and 100LL.com make it easy to find the lowest fuel prices along your route. It makes sense to refuel at airports and FBOs that offer the best fuel prices.

However, it almost never makes sense to make an extra fuel stop in order to load up on cheap avgas. The additional fuel consumed in making the descent, landing, takeoff, and climb usually costs more than the savings from the lower-priced fuel. Also, loading up on lower-priced fuel and tankering it to your destination extracts a weight penalty on aircraft performance that can at least partially offsets the cost savings of the lower-priced fuel. So, while can be excruciatingly painful to purchase high-priced fuel, it sometimes turns out to be the optimum thing to do. Ouch! [email protected]