Treat this approach with respect and consideration

Cincinnati’s Lunken Airport is often derisively referred to as “sunken Lunken,” thanks to its location on the banks of the Ohio River. When the river floods, the airport is often at least partially underwater.

It was, in part, because of this that Cincinnati’s airline-service airport is on an elevated plain in Northern Kentucky.

Lunken (LUK) has two parallel runways, 3L/21R and 3R/21L. There is an ILS approach to 21L, but it only brings you down to 400 feet, and requires a visibility of three-quarters of a mile. The same runway has an RNAV (GPS) approach that can give you another 100 feet of descent, but it still requires a three-quarter mile visibility in order to land. The local geography helps explain the higher minimums, but it doesn’t make itself obvious on the government-issued chart. A quick look at the airport on Google Maps shows that it is in a valley. The north side of the airport is buffered by a golf course, and hilly terrain lies right outside the east and west sides of the airport fence. South of the airport, the river provides a bit of a reprieve, but the terrain climbs as well.

The instrument approach chart for the ILS to Runway 21L indirectly confirms all of this. The airport sits at 480 feet msl; Cincinnati/Northern Kentucky International Airport (CVG) sits at 900 feet and is less than 20 crow-miles away. There is an obstacle reaching up to 1,086 feet msl at SIYOR on the ILS, which is only six miles from the runway. As you climb out on the missed approach, another obstacle awaits at 1,184 feet just across the river. The terrain also plays into the notes about limitations on circling maneuvers, especially at night. If for some reason the Lunken altimeter is not available, you’ll need to use CVG, but that raises the runway visual range requirements to 5,500 feet, which is basically a VFR approach. It gets even worse if the approach lighting system is kaput.

In the fall and spring, when the temperatures drop at night, fog becomes a real threat. Sometimes it is so thick you can’t see the river. This is worth noting given the relatively high minimums for the ILS, and it may require a relatively distant alternate if CVG is also socked in. Most of the time, if LUK is covered in fog, CVG will be open, but if CVG is fogged in, it’s almost a sure bet that LUK will be as well.

Lunken gives great access to downtown Cincinnati and several area attractions, but it is an airport that requires some respect and due consideration. It has the rare ILS that doesn’t come down to 200-1/2, and it has terrain that can be a challenge. Do your homework, and be prepared to divert if necessary.

Chart Talk notes, Notams, and other depicted information is based on the latest available sources at press time, but not intended for navigation purposes. 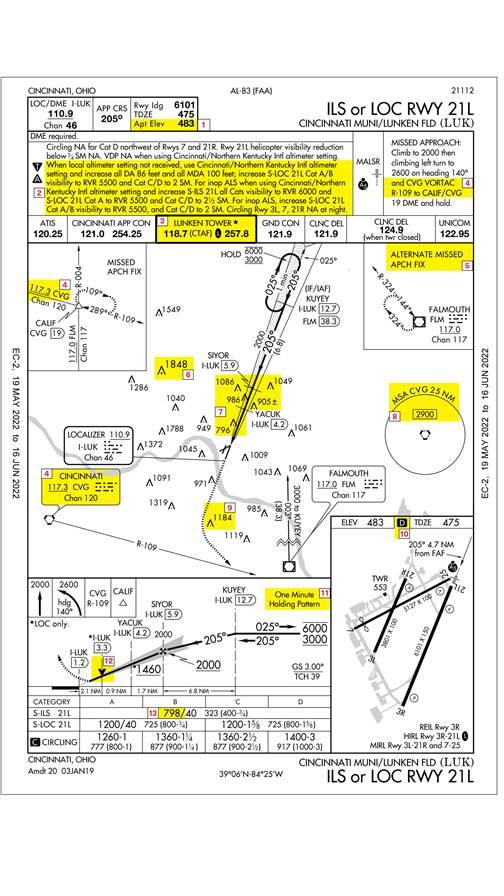 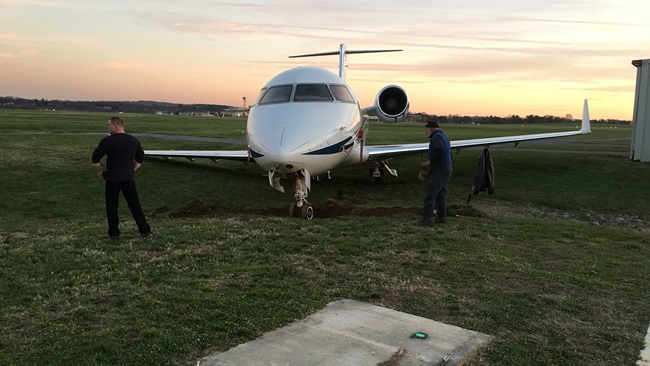 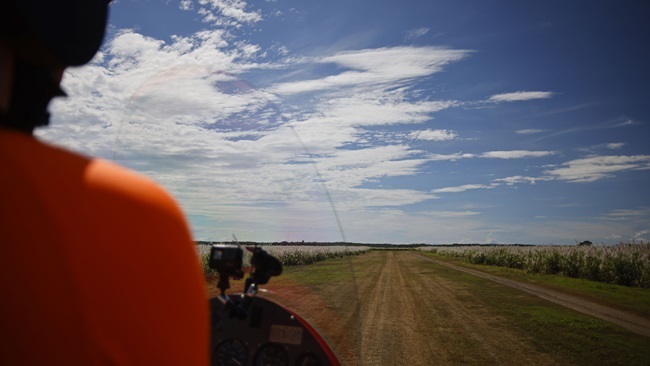