The Bell 505 Jet Ranger X shouldn’t be a great helicopter. Always inclusive but rarely exceptional, major projects done by committee are usually predictable and boring. Now, approximately five years after the helicopter’s certification, it’s clear Bell’s approach was a major success and the 505 is, by all accounts, a fantastic helicopter. 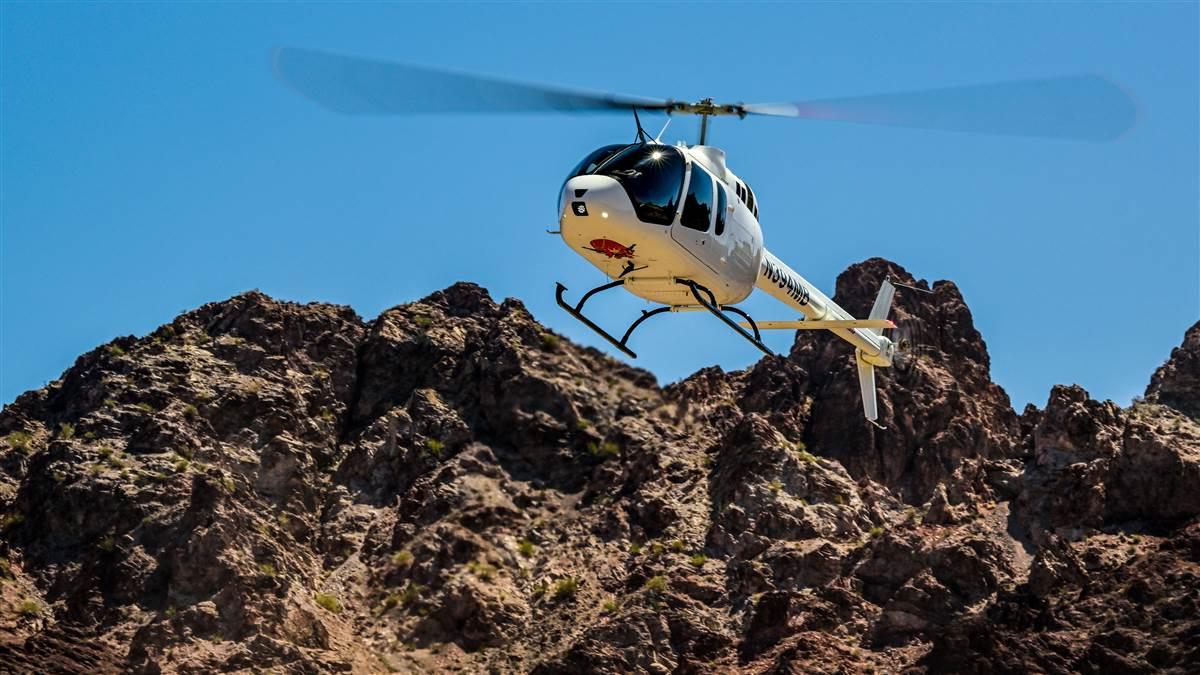 Over more than 50 years of production, Bell built more than 7,000 206 JetRangers. So, when the company dropped the iconic ship in 2010, it left a gaping hole in the market (the Long Ranger survived until 2017). Robinson’s R66 came in to fill the void for many operators, but there was still demand for a competing light single. Bell got to work designing a replacement, but instead of relying solely on market data and its engineers to conceive of the new ship, it turned to operators. Starting in 2011, a group of 15 experienced helicopter operators met to brainstorm, debate, and guide Bell on what each person believed was important in a new Jet Ranger. Demand was immediate. By the aircraft’s first flight in late 2014, Bell had already received more than 240 letters of intent. To date, roughly 350 have been produced.

“There’s just not a comparison between helicopters and taildraggers. I don’t know where the limits or the boundaries are because I haven’t found them yet.”The 505 is a clever piece of design. Conceptually, Bell took on the mentality more of top modifier than scratch manufacturer. The 22-square-foot flat-floor cabin is all new, as is the Garmin G1000 panel. Also new to Bell is the Safran Arrius 2R engine, a supplier the company hadn’t yet worked with, but versions of which have a long history of reliable use in the Airbus H120 and H135. The Arrius puts out, big surprise, 505 shaft horsepower.

The important parts, the heart of the machine, including the transmission, drive shafts, and main and tail rotors, are all 206L Long Ranger. Among helicopter pilots and mechanics, the Long Ranger is renowned for reliability and performance. So going with the guts maybe wasn’t flashy, but it was comforting, which can mean all the difference in a new design. In airplane terms it’s not unlike Gulfstream or Cessna stretching a fuselage, slapping on new engines, and reusing a wing to come up with a new model.

All specifications are based on manufacturer’s calculations. All performance figures are based on standard day, standard atmosphere, sea level, gross weight conditions unless otherwise noted. Find more information in AOPA’s Aircraft Guide. aopa.org/aircraftguide

Igor Sikorsky said helicopters are made to work, and while it’s true that most are put into service doing everything from police surveillance to tourist sightseeing flights, some have found their way to private hands purely for recreational purposes. Bell estimates that more than 60 percent of the worldwide 505 fleet are for private and corporate operations, and anecdotal feedback from these owners shows the helicopter to be a massive hit among the flying for fun crowd.

Mike Bradley owns a series of car dealerships, and while he uses his Cessna Citation for business, his 505 is purely a recreational vehicle. With houses in Wyoming and Arizona, Bradley wanted a helicopter that had decent cruise speeds, was comfortable, and could handle his frequent trips into the backcountry. He settled on the 505 pretty quickly for some key reasons—the Textron brand and Garmin G1000 panel. “I knew Textron, and if I needed support, they’re everywhere,” he said. In fact, it was his contacts at Cessna who connected him with their counterparts at Bell to begin the process. Having put 100 hours on the ship in nine months of ownership, he’s been extremely pleased with his choice.

The 505 is his first helicopter, and he purchased it and took delivery before beginning training. Like a lot of fixed-wing pilots, he had always been interested in helicopters, but couldn’t ever find the time to dedicate to the training. Thanks to the coronavirus pandemic he was able to take a big chunk out of his schedule and learn in his 505 at the same time as his son, Blake. Bradley has owned an Aviat Husky and a CubCrafters XCub, and while he said they are fun in the backcountry, the helicopter has opened a new world of flying. “There’s just not a comparison between helicopters and taildraggers,” he said. “I don’t know where the limits or the boundaries are because I haven’t found them yet.”

Bradley’s experience is remarkably similar to that of Cyrus Sigari, the co-founder of JetAviva and UP.Partners. He’s also a relatively new helicopter pilot, and the 505 is his first helicopter. “It’s been one of the most amazing aviation experiences of my life,” he said. “I feel like I cheated myself out of it for the first 20 years of my flying life.”

Sigari began his journey knowing he wanted to fly a turbine helicopter. Since turbine rentals are scarce, it only made since to buy his own. The decision to go with a 505 came on the counsel of friends in the helicopter world. A few factors sold him on it, including the G1000, the interior space, and no built-in depreciation with the airframe overhaul required of other manufacturers. He knew that good used JetRangers and Long Rangers are readily available, but buying new meant getting the latest safety systems, and especially the latest panel. Although he had planned to order from the factory, a lucky search found a friend looking to upgrade out of his 505 with only 70 hours on it.

Even though he has extensive experience flying and managing turbine aircraft, Sigari said he is still impressed at how easy the 505 is to operate. The Arrius 2R features a full dual-channel full-authority digital engine control system, and instead of requiring pilots to juggle a series of competing temperature and torque limits, Bell and Garmin were able to distill temperature and torque limits down to one power limit gauge that goes from one to 10. Take it to 11 and you’ve exceeded a limit (a small caution range gives five minutes of extra power). The system decides which limit is most critical for the current flight condition and automatically converts it for the gauge, making engine management kindergarten simple. Start-up is nothing more than twisting and knob and monitoring. The system will even automatically shut down if it detects an unusual start. Then the flip of a switch from Idle to Fly and you’re off.

Sigari uses the helicopter primarily for fun. An avid outdoors enthusiast, he said it has expanded his concept of what’s possible. Without irony he said he also considers the helicopter economical. At about 30 gallons an hour and annuals in the range of $5,000 to $10,000, he thinks ownership costs are potentially cheaper than a Cirrus SR22. He also uses it for light business flying, going between his home airport of Santa Monica, California, and office at Orange County, California, in 19 minutes, and he can pick people up at LAX and be at the office in six minutes. It’s no wonder his role at UP.Partners is all about supporting urban air mobility applications.

There have been a few minor growing pains. Sigari was caught in an early service bulletin that required an engine change. He said Bell and Safran were fantastic to work with, did all the work under warranty, and his ship was only down for a week or two. Many owners were also caught in the emergency airworthiness directive that required inspection and possible replacement of the collective due to cracks. Again, Sigari said Bell had parts ready almost immediately, and the entire ordeal meant only that he had to fly from the other seat for a few hours.

Bradley mentioned no maintenance challenges, and said thus far his experience with Bell has been exactly as expected from a Textron product.

Both mentioned a lack of factory autopilot as a downside. Bradley said he wouldn’t buy another helicopter without one. Garmin’s highly regarded GFC 600H autopilot and flight control system can be ordered on new models or retrofitted to pre-owned serial numbers, and by all accounts it’s a fantastic addition. The system can hold groundspeed, hover, and even has stability and low G protection.

Other than these relatively minor quibbles, Bradley and Sigari have nothing negative to say about the 505, the support they’ve received from Bell, or anything else related to the ownership experience. Far from it, the helicopter appears to have completely changed their relationship to aviation and opened up new worlds airplanes can’t compete with. What more could you want from a machine?