Pilots deliver a ‘mountain of donations’ to the Navajo reservation

It comes without ribbons, it comes without bows, in fact it comes in pretty bleak packaging—trash bags—but its value and meaning capture everything the Christmas spirit holds.

The story of the Southwest Indian Foundation 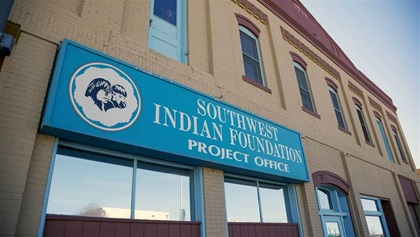 The Franciscan Rev. Dunstan Schmidlin started the Southwest Indian Foundation in 1968. He was troubled by the plight of his Native American brothers and sisters. “Where once these noble Americans had lived close to the Earth, they now seemed displaced in their own land and disillusioned with their own dreams. In the relentless march of progress, they had somehow been left behind. They were the forgotten Americans.”

The Southwest Indian Foundation strives to maintain the original intentions of its Franciscan founder. First, to recognize the great human potential of each individual and second, to offer those in need a hand, not a handout.

“To our way of thinking, a mere handout destroys a person’s dignity and self-initiative. We believe that true charity must emphasize self-help in order to restore pride and independence.” The Southwest Indian Foundation is a nonprofit, charitable organization that relies solely on private donations. Its primary sources of funding are individuals—Americans helping Americans. The Southwest Indian Foundation assistance is strictly limited to Native Americans, with priority given to the elderly, disabled, and families with dependent children.

You may have seen the SWIF Indian Craft Catalog, which provides a national outlet for Native Americans to sell their handmade goods. A large percentage of the profits from this catalog go directly back to Native Americans in the form of philanthropic programs. The Southwest Indian Foundation adheres to the federal Indian Arts and Crafts Act of 1990. Although not everything in the catalog and on the website is 100-percent Native (i.e., Navajo, Laguna, Huron, and Zuni), a large portion is Native American or Native-inspired.

More than 55 pilots delivered a whopping 14,000 pounds of food, dry goods, blankets, toys, coats, and clothing to the people of the Navajo Nation in New Mexico last Christmas. The thirty-seventh annual Navajo Christmas Airlift was organized by pilot Gregory McColley in honor of his parents Richard and Betty McColley, who started the airlift in 1984.

The trash bags are stuffed to capacity and allow the pilots to stuff their airplanes with as much weight as their particular aircraft model can handle. The donations are piled on the Gallup Airport (GUP) ramp, and trucks pick up the bags and take them to a large hangar. Once all gathered, pickups from the Southwest Indian Foundation load up the donations, transfer them to a holding station, sort them, and then drive them out into the Navajo Nation for distribution.

The Navajo Christmas Airlift is a way for pilots across the Southwest to share their compassion for the Native American people, says McColley. The 17,544,500-acre reservation (27,413 square miles), sprawling across the states of New Mexico, Arizona, and Utah, is home to more than 173,000 people, 38 percent of whom live below the poverty level. The average yearly income is $6,240 and unemployment there is at 48.5 percent. Often multigenerational families will live together in tract housing, sharing small one-story homes and trailers, often referred to as “hogans,” the traditional dwellings of the Navajo people. Some are gathered in small communities, but often individual family homes will be isolated in remote parts of the reservation, as individualism is a hallmark of the tribes, which include Navajo, Zuni, Hopi, and other indigenous people of the area.

McColley’s father, Dick, was head of the Honeywell Flying Club in Phoenix, Arizona, and he and wife Betty wanted a way to help the people of the Navajo Nation. Betty McColley worked for the state of Arizona, so between her contacts and Dick’s pilot friends, they organized that first airlift with eight participating aircraft. Over the years the airlift attracted more and more pilots who wanted to help. Orville Wiseman of Wiseman Aviation, an FBO with locations throughout the Southwest, has contributed manpower and reduced avgas prices since nearly the beginning.

“I am a steward to what my parents started,” said McColley. The airlift was originally held on the first Saturday in December, but as it has grown, it has expanded to three days in mid-November. COVID-19 restrictions put a damper on much of the activities the past two years, including rites of passage for pilots such as stopping for breakfast at El Charrito, a restaurant within walking distance of the Gallup airport, and traditional blessings of the donations by tribal leaders. But Jeremy Boucher, director of the Southwest Indian Foundation, says the donations are needed now more than ever. “People are always grateful; you can see their relief for a lot of families, especially around Christmastime. And on a practical level, they say, oh, we need a coat, and here comes a coat.”

“In spending some time with Jeremy, he shared that your donations are of such high quality, and it is vital to get distributed on the Navajo Nation,” McColley told pilots after the 2021 airlift. “The mountain of donations that you delivered is by far unprecedented. SWIF will be shutting down much of their operation through Wednesday to expedite the handling of this valuable bounty. Southwest Indian Foundation will be going out into communities to manage the distributions, which are so very appreciated.” 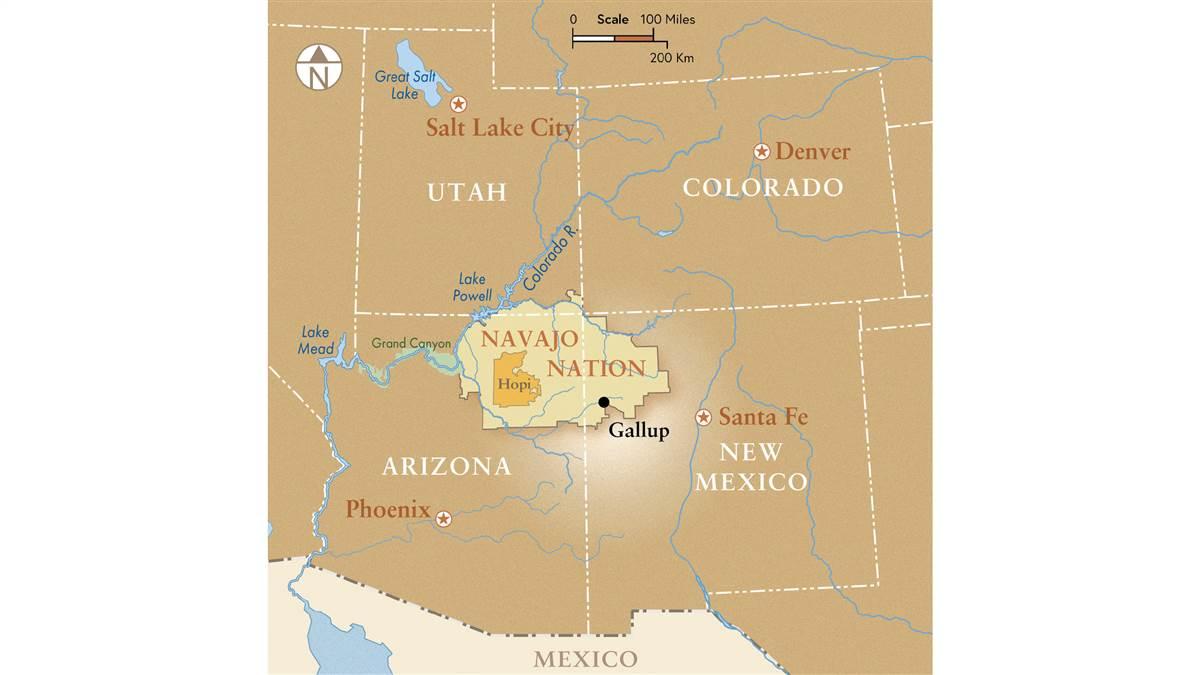 Pilot George Mower flew his bright yellow and white Van’s RV–9A from Benson, Arizona, after collecting clothing from his community and local thrift store. “I wasn’t exactly sure how to fit that much into my airplane, but I removed the passenger seat and stuffed 16 bags of clothing into the baggage area, seat, and floor—up to the top of the canopy. It was quite a tight fit,” he says. After landing in Gallup, volunteers from Wiseman Aviation unloaded his airplane, surprised at how many bags he’d stuffed inside. When he took off to return home, he says his RV jumped off the runway without the weight. “I have compassion for the poverty on the Navajo Nation. I’m involved in our local food bank where I live, and it seemed very natural to me to want to participate. And being a pilot, it’s a great opportunity to visit a new place,” he said.

Bob Wirth of Scottsdale flew his Beechcraft Bonanza A36 from Deer Valley Airport filled with donations in the airlift. He’s been flying the airlift for more than 25 years. “During my over 50 years as an active pilot, I have always felt I wanted to use my hobby and airplane in a way to help other people. Transporting much-needed items of food, clothing, personal care, toys, tools, et cetera to the Navajo people in great need of these items right here in my home state of Arizona provides particular satisfaction,” says Wirth. “My heart goes out to these wonderful people who are living in conditions much worse than my own; the opportunity to help these people motivated me to participate in the airlift for over 25 years.”

And it was the first time participating for the New Mexico Wing of the Civil Air Patrol. Three aircraft participated. “Making a difference in people’s lives is a rare opportunity,” said Maj. Charles J. Graham. “I joined CAP to give back to others through aviation, so participating in the airlift was extremely gratifying. I sometimes wonder who is wearing a particular jacket or pair of shoes, but it doesn’t matter—it’s the giving that counts.” Four squadrons in CAP are currently collecting donations—likely there will be more, Graham says. “So, yes, the New Mexico Wing will be a part of this year’s airlift.”

“So many people in aviation, God bless them, have such great hearts,” says McColley. “I think it’s primarily an opportunity for the aviation community to speak up and say they care.”

The thirty-eighth annual Navajo Christmas Airlift was scheduled for November 10 to 12, 2022.