“Fokker Scourge” was a term coined by the British press in mid-1916 to describe the period during World War I when the Imperial German Flying Corps gained a brief advantage over the Royal Flying Corps and the French Aéronautique Militaire because of the development of aircraft fitted with a synchronized machine gun.

These aircraft were Fokker Eindeckers, not triplanes, but it became a term people used anytime the Germans had an advantage, so event coordinator Chris Hill used it as a clever name for the triplane event. This event was the first known time since World War I that three Fokker Dr.1 Triplanes powered by original (circa 1916) rotary engines have flown together. There are no known original triplanes left—they were all destroyed—so any triplanes in existence are replicas.

The rotary engine is an early design of radial engine with an odd number of cylinders per row, in which the crankshaft is stationary and the crankcase and cylinders rotate around it. The intention was to improve cooling and have a higher power-to-weight ratio, but it created an inefficient total-loss oiling system and increased the effects of gyroscopic precession, which led to the rotary engine becoming obsolete by the end of World War I.

Event coordinator Chris Hill, who read a book about the Red Baron given to him by his grandmother when he was a boy, has been interested in these aircraft ever since, and owns one of the replicas. This event was a dream come true for him. “I find the enjoyment in vintage airplanes where you’re flying by the seat of your pants, and you have to be the master of the airplane or it’ll make a fool of you,” said Hill. “So far, I’ve stayed on the right side of being the fool, but it doesn’t take much, and I really enjoy the challenge.” 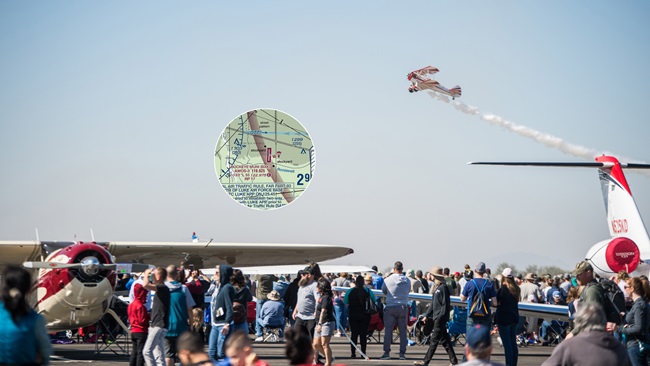