The future of alternative fuels and propulsion systems 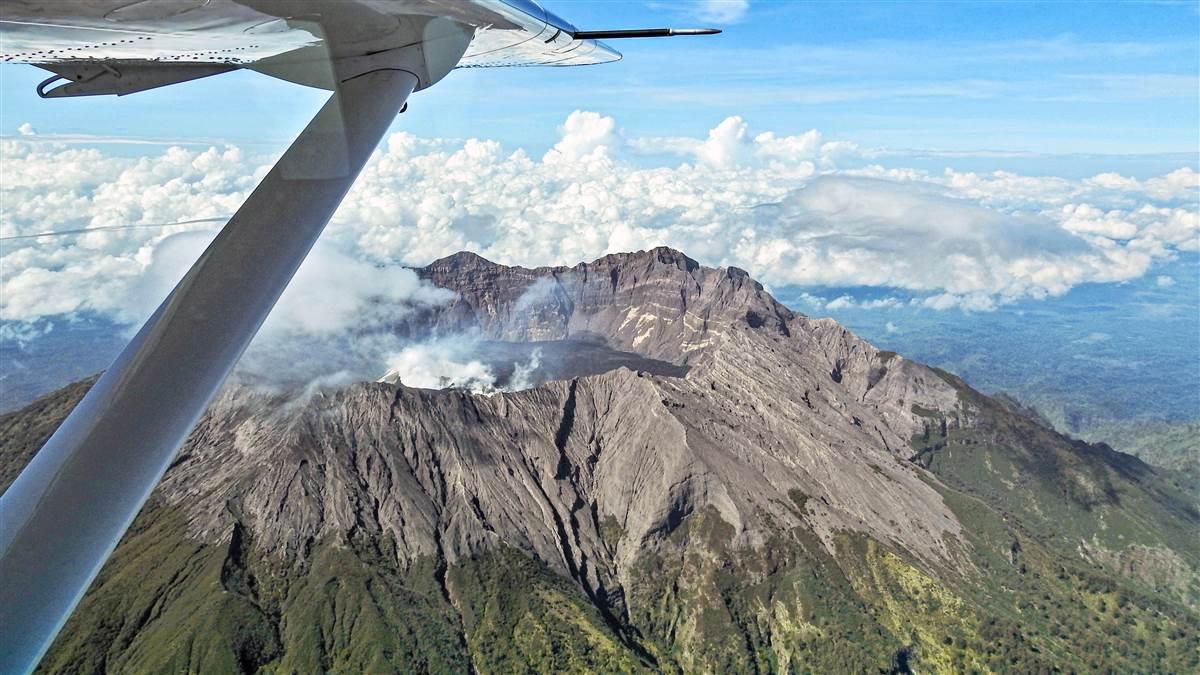 A Cessna Grand Caravan EX’s flight near this 11,000-foot-high volcano seems tame enough, but in 2015 the volcano erupted, causing the nearby Bali Ngurah Rai International Airport to shut down.

Lithium-ion battery power is looking like it might be the solution for certain eVTOL designs, because its optimal range and endurance profiles favor shorter trips and smaller passenger or cargo loads. But what about flying longer ranges, at higher speeds, and carrying bigger payloads? Lithium batteries alone can’t do the job.

Using a hybrid-electric power system, which pairs a second source of power with a lithium-electric driven system, is a viable way of reaching those longer range, speed, and payload targets. Ampaire—an electric propulsion systems developer based in California—has developed a hybrid Cessna Skymaster prototype it calls the Electric EEL. It’s powered by that airplane’s pusher-style 310-horsepower Continental IO-550 engine plus a nose-mounted 130 kW, lithium battery-powered motor.

Both powerplants are used for takeoff and climb; in cruise, the IO-550 does most of the work, while the electric motor’s power is dialed back.

The EEL flew a 1,135-nm leg on its way to EAA’s AirVenture this past summer, in what Ampaire said was the longest-ever flight by a hybrid-electric airplane. Other hybrid designs use the same idea, but those that use conventional internal combustion engines still put out CO2 and other harmful emissions, however limited.

Hydrogen, the lightest of all elements, when used by fuel cells to power electric motors, puts out only one sort of emission: water. That, along with its energy density 2.8 times that of Jet A fuel, puts hydrogen at the head of the line for use in larger airplanes. That’s why Airbus, Boeing, Pratt & Whitney, and the UK Aerospace Technology Institute are working on hydrogen fuel cell-powered concept engines and prototypes.

Will we ever see hydrogen-powered examples of traditional general aviation turbine aircraft? ZeroAvia, a U.K./U.S. company is specializing in hydrogen-electric hybrid powertrains with the idea of installing them in a few otherwise-conventional airplanes. The latest project will install a ZeroAvia ZA600, hydrogen-electric 600kW (816 horsepower) powertrain in a Cessna 208B Grand Caravan under a supplemental type certificate (STC). Approval is expected in 2025. By the way, Ampaire also has its eye on installing its hybrid-electric system in Grand Caravans.

ZeroAvia has also installed hydrogen-electric retrofit powertrains in a Piper PA–46 Malibu and two 19-seat Dornier 228 commuter airliners. In addition, the company has signed a memorandum of understanding with American Airlines for an option to buy 100 of its ZA2000-RJ hydrogen-electric systems. ZeroAvia says these will be capable of flying 40- to 80-seat regional jets as far as 1,000 nautical miles. Debut target date is sometime in the late 2020s.

So, to whatever extent, hydrogen power may well earn roles in the turbine community. As with any new technology, there will be challenges.

Hydrogen must be stored under pressure—as high as 10,150 psi—and requires sturdy, heavy containers that can be large. If the container is hung in a wing-mounted pod, there will be a drag penalty. If it’s intended for use in a regional airliner, it must carry more hydrogen so it will be larger—too large to mount under a wing.

Installing it inside a fuselage will take up valuable cabin space. Still, where there’s a will there’s a way. If zero emissions are the goal, airframes may need to be redesigned.

Then there’s the emissions question. How to deal with the water vapor? If it’s expelled overboard at subfreezing temperatures, contrails result, and critics could accuse you of harming the atmosphere. (Which is ironic, because studies have rejected that idea.) Then again, if it’s stored in condensed form within the airplane, the result could be landing weights higher than takeoff weights, according to physics professor (and AOPA Pilot contributor) Peter Rez.

Still, I’m confident that the future holds a place for alternative fuels and propulsion systems. But they may not take the forms they manifest today. There are always surprises along the way. As Elon Musk reportedly said, “Everything works in PowerPoint.”