Cross-country in the 737 Max

In previous articles about Boeing’s 737 Max in these pages, the focus was naturally on the aircraft’s design flaws that were a factor in two fatal crashes (see “Stretched to the Max,” July 2019, and “Return of the 737 Max,” August 2021 AOPA Pilot, Turbine Edition). 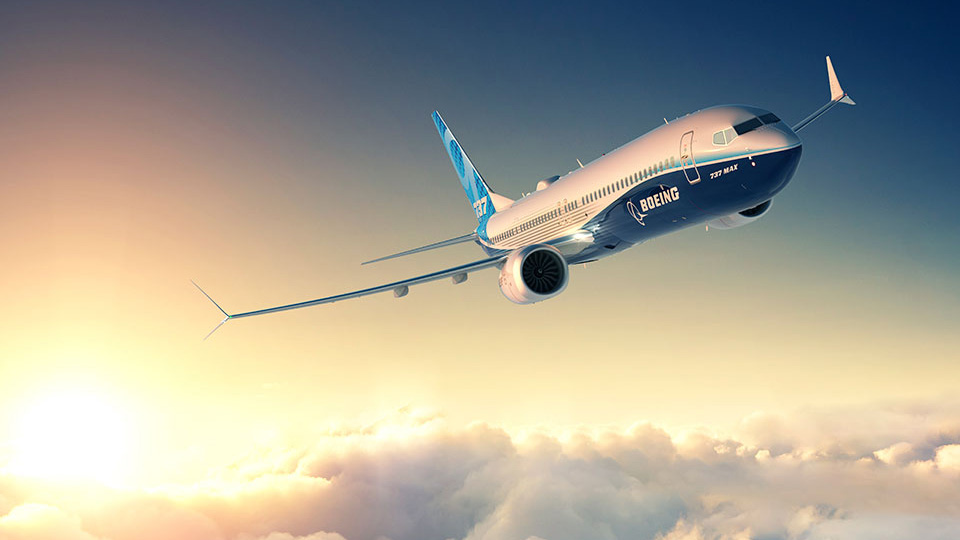 Operationally for Boeing, that problem is in the rear-view mirror, but there will be lawsuits and other fallout for years. This article, however, will detail what the Max brings to the table compared to its predecessor, the Next-Generation, that has been in service since the late 1990s.

Redesigning the most redesigned airliner has proven to be challenging and frustrating on many levels. The first 737 was introduced in 1967. It has the same fuselage, cockpit, and cabin cross-section of the Boeing 707, which dates to the 1950s. The 737 is decidedly unmodern. The fuselage tapers at the forward section pinching the available seating/overhead bin space in the section where many airlines place costly first-class seats. The taper continues through the cramped forward galley and lavatory into a small cockpit.

In that cockpit, a crude predecessor to the modern engine indicating and crew alerting system (EICAS) found on all other airliners has soldiered on. Often called the six pack, this group of six lights in front of both pilots illuminates to direct you to the system malfunction where pilots will later determine a plan of action. Modern EICAS systems display the problem directly and hand-hold pilots through the proper procedure to deal with it. Often, EICAS-equipped airplanes automatically take care of the critical initial steps. The 737’s systems, however, are essentially all manual. To introduce EICAS and system automation to the 737 would require both recertification and a new type rating, and airlines would balk at the onerous costs.

So even in the twenty-first century, the 737 continues with its archaic six pack and workload-heavy manual systems controlled by pilots throwing switches and twisting knobs. The Next-Generation 737 was launched in the 1990s after Airbus’ A320 series’ modernity and comfort relegated the classic 737 to aviation’s pile of relics. The A320 is wider and holds the fuselage width all the way to the nose. This creates a commodious cockpit housing a modern, largely automated flight deck and fly-by-wire controls with side-stick control freeing up lots of legroom where a yoke would have been.

Boeing’s 737NG used an all-new wing, new engines, and beefed-up systems that transformed the diminutive 737 into a solid, uber-reliable A320 competitor with multiple variants and an honest 3,000-nautical-mile range. And for the airlines, it most importantly utilized the same type rating as the classic version, making it a huge success. But with the advent of geared turbofans, a new era of efficiency was ushered in. For Airbus, it was a simple matter of hanging a pair of the huge new engines on the A320. That airplane’s tall landing gear made this a simple, low-cost redesign. For Boeing, it was back to the drawing board to figure out how to place the new engines on the low-slung 737.

The Max is the result, and the engine placement was the source of the design problems detailed in the above-mentioned articles. While the Max has the same small cockpit, the six pack, and all the same switches and knobs for the pilots to actuate, it brings many improvements to the table, especially in the efficiency department. There are four variants: the smaller Max7, medium Max8, large Max9, and stretched Max10.

I recently flew a Max9 from Washington, D.C., to San Francisco on a summer day. Takeoff weight was 179,200 pounds, 12,000 pounds below the maximum takeoff weight. There were 181 souls on board, which left four open seats. In the tanks we had 34,800 pounds of fuel and a planned arrival fuel of 6,700 pounds. Looking up and down in the cockpit is a familiar sight. Same old overhead systems panel above, and the same pedestal below complete with spinning trim wheels. Straight ahead, however, pilots are greeted with four giant display screens lifted from the Boeing 787.

Starting the CFM Leap-1B engines takes much longer than the CFM 56 engines of the NG models, especially when they are warm. Bowed rotor motoring ensures the engine’s shaft is straight before allowing the pilots to put the fuel to it. When warm, the start cycle takes about three minutes for each engine. Once started with the checklist complete, it’s readily apparent that the new engines produce more thrust at idle than their predecessors. Simply let off the brakes and it starts rolling. A heavily loaded 737-900 (NG) would require about 30 percent N1 from both engines just to get rolling. This extra thrust will allow the Max9 to taxi more easily on one engine versus the NG, which at heavy weights can rarely utilize single-engine taxi.

Despite the airplane being fairly heavy and the temperature warm, the reduced-thrust setting was 88 percent off of a 10,500-foot runway. The long-body 737s (-800/-900) are notorious for using copious amounts of runway, and that still holds true in the Max9. High takeoff and landing speeds are required for tail-strike avoidance. This becomes a potential problem at high-altitude airports, especially on hot days, as maximum tire speed limitations can be exceeded if pilots are not careful. Maximum tire speed of the Max is 204 knots groundspeed, 9 knots higher than the NG.

Immediately apparent on power-up is the reduced noise of the Leap-1B engines compared to the CFM 56. Climb performance was never a strong suit of the 737-900 and it seems that the Max9 is worse. I wasn’t able to time our climb because of multiple intermediate level-offs, but it did take a long time for the Max9 to claw its way to our initial FL320. Once there, however, the Max is very much in its element, proving itself to be a very efficient airliner. It’s noticeably quieter in the cockpit and cabin, too.

First hour fuel burn was 7,300 pounds and the second hour 5,700 pounds, which is a solid 1,000 pounds per hour less than a -900ER (NG). Over Wisconsin, we were light enough to climb to FL360, and when it became apparent that we were going to be early we eased the power back to a cost index of 10 in the flight management system, which is equivalent to long-range cruise in many other airplanes. Third- and fourth-hour fuel burns were 5,200 and 4,900 pounds, respectively. We had already started our descent at the completion of the fifth hour, which worked out to 4,200 pounds.

While the cockpit is still cramped, Boeing has added a few creature comforts in an attempt to keep pilots from moaning more than usual. There is a glareshield-mounted push-to-talk button and chronometer start/stop button on each side. There is also a second cupholder for each pilot. The weather radar has been improved and depicts predictive lightning, hail, and turbulence. The cockpit is also noticeably quieter, but not as quiet as an Airbus. Engine noise is almost imperceptible in cruise.

Max introduced a few fly-by-wire elements to the 737. A useful one is augmented spoiler control that tames the Dutch roll characteristics common to the NG during flaps-40 landings. At my airline, flaps 40 are rarely used unless runway length requires it. The Dutch roll phenomenon, if not tamed quickly, can keep pilots chasing it all the way to touchdown. Flaps 40 also uses more fuel. Utilizing flaps 40 versus 30 is advantageous in the Max because the Dutch roll is gone, leading to an easy and stable approach. Also, these long-body 737s bring a tremendous amount of energy to the runway. It’s not unusual to have target speeds over 160 KIAS. Using flaps 40 will cut about five knots off your flaps-30 target, allowing for shorter landing distances and less strain on the tires and brakes.

Because of the earlier-than-planned climb to FL360 and backing off the cost index, we blocked into SFO with 7,200 pounds in the tanks, 500 pounds more than planned and 20 minutes ahead of schedule. Crunching some of the numbers, it’s clear why the airlines will love this airplane. If we fill all 179 passenger seats and divide the total fuel burned on the trip per person the result is an astounding 23 gallons of fuel per revenue passenger. Of course this doesn’t factor the revenue that is hauled in the cargo bins either (personal luggage, mail, or other parcel).

By comparison, a 737-900ER would burn approximately 850 gallons more fuel on the same trip. Assuming airline bulk fuel purchase at $3 per gallon, that’s $2,550 saved—on one flight. In addition, the fuel efficiency opens up the range to about 3,500 nm, making more destinations available to the 737 Max. Airlines are already flying Max8s from Western Europe to the East Coast of the U.S. Most airlines look to the Max9 and Max10 as well as the A321XLR as Boeing 757 replacements. Ironically, the 757, designed in the 1980s, is a far superior airplane from a pilot’s standpoint, but it went out of production in 2004. But as we all know, the airlines couldn’t care less about a pilot’s perspective when compared to that of the accountants. From their perspective, the future is all 737 Max.