Get the app Get the app
Already a member? Please login below for an enhanced experience. Not a member? Join today
News & Media Pilots 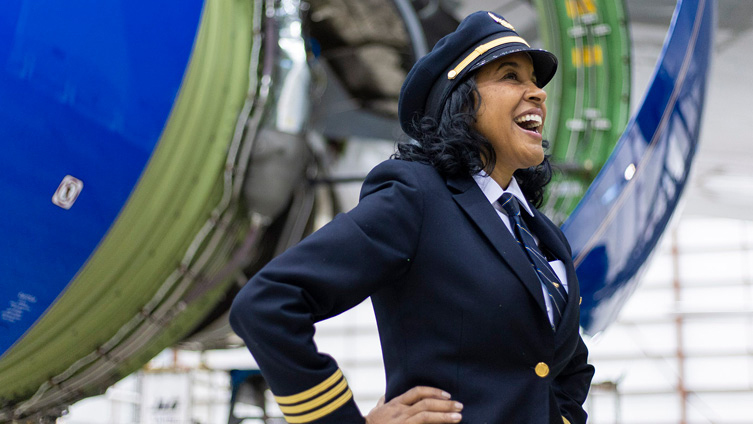 Extra / Author of A Pair of Wings: A Novel Inspired by Pioneer Aviatrix Bessie Coleman, which launched on the 100th anniversary of Coleman becoming the first female African American and first Native American to earn a pilot certificate

Carole Hopson uses her success to inspire others to reach their full potential. As a United Airlines first officer flying a Boeing 737 and author of the historical fiction novel A Pair of Wings: A Novel Inspired by Pioneer Aviatrix Bessie Coleman, Hopson is working to enroll 100 Black women in the Organization of Black Aerospace Professionals’ (OBAP) Lt. Col. Luke Weathers Jr. Flight Academy by 2035 to provide them with a direct path to the flight deck verses the circuitous route she took.

Hopson worked as a police reporter while putting herself through Columbia University’s Graduate School of Journalism, but the grim side of journalism eventually wore on Hopson, an encouraging, people-loving person. She later held corporate executive positions with the NFL, Foot Locker, and L’Oréal.

During a business trip on a KLM flight from New York City to Amsterdam, Hopson was invited to the flight deck. “Every single neuron on my brain was firing,” she said of the pre-9/11 experience. “We looked at the Big Dipper and different constellations. I was changed, that was it.”

Shortly afterward, she told her then-boyfriend, now husband, that she wanted to learn to fly. She was 32 years old at the time, and she had never heard of Coleman, who became an inspiration. Hopson left her lucrative career in 2000 to pursue aviation fulltime, earning her airline transport pilot certificate just three months before the terrorist attacks of September 11, 2001, which put her dreams on hold. She and her husband began a family and she raised their two sons while writing the novel about Coleman, flight instructing (including with Rev. Russell R. White’s Eagle Flight Squadron [“Rev. White’s Air Force,” September 2014 AOPA Pilot]), and flying right seat for CAE in New Jersey.

At age 50, when their boys were in middle school, she decided “it was either now or never” and went to the airlines.

When Hopson isn’t flying, promoting her book, inspiring others through motivational speeches, or serving on the OBAP board of advisors, she is recruiting young women for flight school and managing the Jet Black Foundation with the goal of raising $7 million to help fund each woman’s training beyond the private pilot certificate.

Hopson isn’t stopping there: She plans to produce a movie about Coleman, adding filmmaker to her résumé.