Get the app Get the app
Already a member? Please login below for an enhanced experience. Not a member? Join today
News & Media Pilots

Justin Siems comes from an aviation family, but flying never interested him. He was a sports-obsessed kid and even played quarterback for Ohio State University. Then the realities of the rarified world of professional sports sunk in, and aviation came calling. 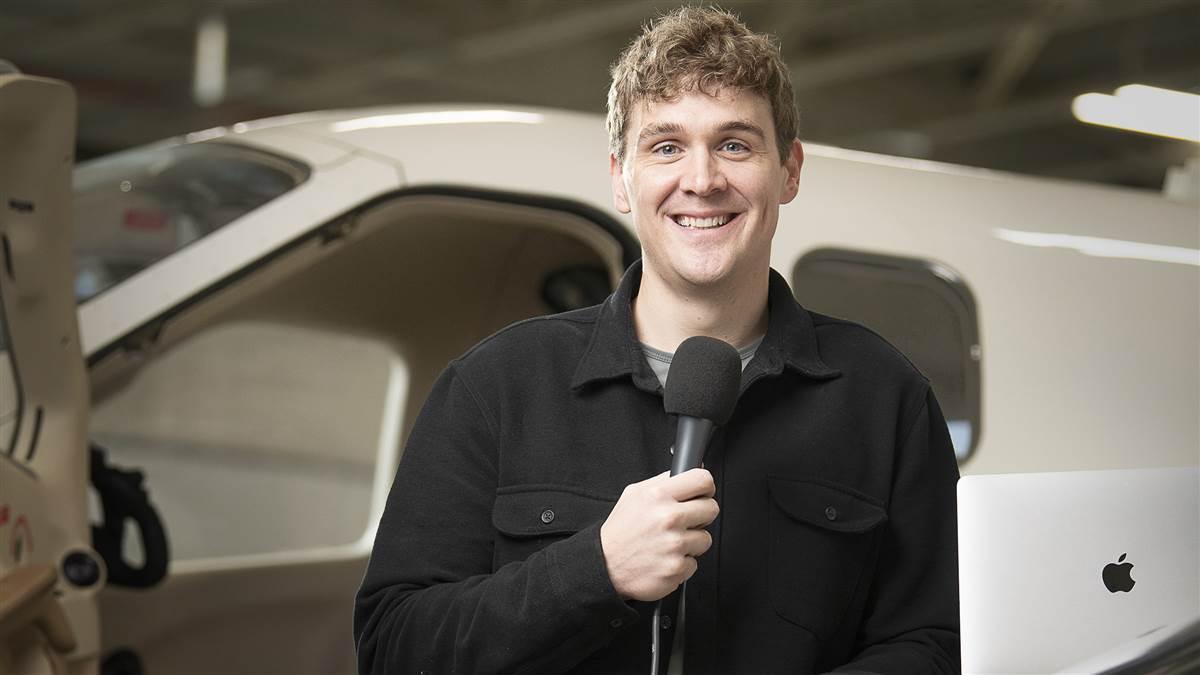 Extra / Siems recently launched Pilot’s Coffee, a boutique brand fit for professional pilots. The single-serve brew needs only a cup and some hot water, making it great for FBOs and hotels.

Siems said aviation became his Plan B somewhat by accident. “I never liked school,” he said. “It’s never something I was good at. It wasn’t until I found aviation and I liked studying it and learning it” that he realized it could be a potential career. The transition to general aviation may seem obvious, but Siems’ dad is an airline pilot, and completely disconnected from private aviation. “My dad never really pushed [flying] on me, and I really respect him for it,” he said. “I feel like aviation is the type of career you have to find on your own.”

And found it he has. Soon after graduating from Ohio State, Siems was hired to do aerial survey work. A laser focus on the airlines throughout training quickly turned when he became immersed in the world of GA. “I fell in love with FBOs, that community, getting your own fuel, talking to people in the FBO, even the smells.” From survey he jumped to freight flying, and like most professional pilots he developed a pretty robust side gig. The problem was that it was playing video games. “My wife said ‘what are you doing with your life? Why don’t you try to give back to the aviation community?’” The pair brainstormed hobbies and the Pilot to Pilot podcast was born.

Every Tuesday Siems launches a new episode, featuring guests from professional pilots to guides on subjects such as how to pay for training, and what instrument flying is like. Although Siems said he never wanted to be a flight instructor he clearly embraces the role of mentor through the show.

Now, more than four years and 200 episodes in, Siems has moved up the aviation ladder again. He’s currently flying a Cessna Citation Latitude for a fractional operator. With frequent trips to tourist hotspots in the Mountain West, Caribbean islands, and more, Siems may not be a professional athlete, but he certainly lives like one.