One of the most useful items in my flight bag is a lightweight, compact, in-ear headset that I seldom use. 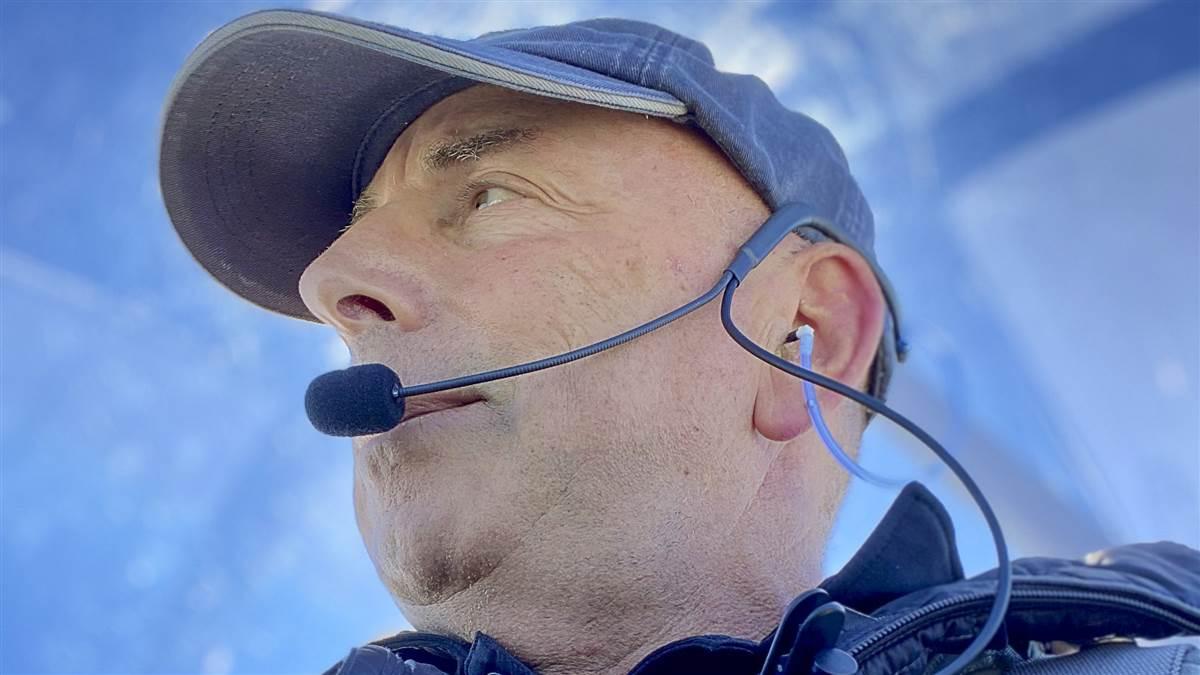 Photo by the author

In-ear advantages: Incredibly light, comfortable. No external power required. Slim profile fits easily into flight bags. Much less expensive than top-of-the-line ANR headsets. Easy to wear with one earpiece in and one out during preflight. Can’t easily be shared.

In-ear disadvantages: Can’t easily be shared. Any tug on the wires pulls on your ears. Not as much noise protection as over-ear headsets with ANR. Can compete with sunglasses and some hats for over-ear real estate.

The reason it’s a backup to my traditional headset with active noise reduction is that the over-ear model has always been better in the loud cockpits of the single-engine piston airplanes I fly the most. The in-ear model has proved invaluable many times, however, when my headset’s AA batteries died (and I failed to bring spares), or I loaned my headset to a fellow traveler. Now, a small firm from Texas has created the CQ Headset, an in-ear model with Bluetooth that’s good enough to be the star—not just an understudy.

I recently used a CQ Headset during a series of flights in airplanes ranging from my own piston single with no insulation or soundproofing to a corporate jet, and found it to be light, comfortable, and adaptable—even when wearing sunglasses, a ballcap, or both since they all compete for the small sliver of space above the wearer’s ears.

The CQ Headset’s Bluetooth turned out to be the MVF, or most valuable feature. It allowed quick telephone calls to ATC to file an IFR clearance on a taxiway (when the original filed online had mysteriously dropped out of the system), and to pick up clearances on the ground at nontowered airports where radio reception was weak or nonexistent.

The CQ Headset is extremely light and comfortable, and I liked it best when placed on top of—not under—the ballcap I wear on sunny days. In fact, adding a snap or a Velcro fold to the back of a ballcap would be an easy way to secure it even more firmly.

The CQ Headset comes with a single alligator clip, and I added a second. One drawback to any in-ear design is that an unwanted tug on the cords yanks directly to your ears, and the second clip got rid of that problem.

The CQ Headset comes with a variety pack of foam earplugs, and using plugs that fit correctly is essential to happiness. The plugs reduce ambient noise about as much as passive, traditional headsets, but ear buds don’t get rid of as much background sound as fully functioning ANR headsets.

The CQ Headset has some well-thought-out features. Bluetooth, for example, uses its own battery, and if the battery dies, the headset mic and earphones continue to work normally. It just can’t make phone calls or stream music.

The CQ Headset’s Bluetooth turned out to be the MVF, or most valuable feature.There’s also an auto-interrupt that gives priority to ATC radio calls over streaming audio. The wearer can turn that feature on or off with a double-click of a button.

The noise-canceling mic is crystal clear, and it’s affixed to a long, flexible boom that makes it easy to place.

My longest flight segment with the CQ Headset was 3.5 hours, and it immediately followed a three-hour leg in a turbine aircraft. The foam earplugs were getting irritating by the end of that trip—but no more than my own over-ear headset would have been after a similar full day in the cockpit.

Having worn other in-ear models, the most surprising aspect about the CQ Headset was the utility and clarity of my telephone calls with ATC. The ability to pick up a clearance without sliding a smartphone under one earcup of my headset with the volume blasting was a gigantic improvement. When I asked controllers about audio quality, they said they heard almost no background noise even though the engines were running, and one controller said it sounded as if we were conversing via the airplane intercom. In truth, that’s exactly what was happening since the Bluetooth telephone calls are routed through the airplane’s audio panel.

Having worn other in-ear models, the most surprising aspect about the CQ Headset was the utility and clarity of my telephone calls with ATC. The ability to pick up a clearance without sliding a smartphone under one earcup of my headset with the volume blasting was a gigantic improvement.Two in-ear headset makers—Clarity Aloft and Quiet Technologies—have staked out their positions in the GA market during the last decade. Clarity Aloft ($525 to $795) is at the top of the in-ear price scale with a metal band and excellent strength, durability, optional Bluetooth—and some models have technical standard orders that allow corporate and airline pilots to use them on the job. The Halo headset by Quiet Technologies is less costly ($379) and is extremely compact and reliable. (Faro ($380) also has begun offering an in-ear model.)

The CQ Headset ($425 to $675) doesn’t have a TSO, and it’s priced at the low end to middle of the range depending on whether it includes Bluetooth. The Bluetooth battery takes about 30 minutes to charge via a USB-C adaptor, and it lasts 15 hours or more with constant streaming.

“We set out to produce a premium product,” said Tanya Card of Card Machine Works, which manufactures the CQ Headset in Texas. “We wanted to make the very best headset we could and offer it at a good value.”

After the demo flights, I can see promoting the CQ Headset and making it primary for all but the loudest cockpits.