Cessna 170B spends summer in Georgia with young aviators

A slow-to-respond rudder, lack of power, and several squawks in the new AOPA Sweepstakes Cessna 170B were nothing a few young pilots couldn’t handle.

The stock 1953 Cessna 170B proved sluggish in the summer Georgia heat—but the modifications in store for the 2023 AOPA sweepstakes aircraft will make it perform a lot better.

A few months ago, AOPA Air Safety Institute Senior Vice President Richard McSpadden called to see if I knew of an A&P mechanic who could fly to Auburn, Alabama, to conduct a prepurchase inspection on a potential sweepstakes aircraft.

Since my A&P husband was flying corporate jets out of San Antonio at the time, I called the first A&P friend I could think of, Christian Campbell.

After completing a thorough prepurchase inspection, Campbell pronounced the 170 a “really well-rounded airplane and a great flyer.”

“It will be an awesome airplane for someone to win,” added Murray. 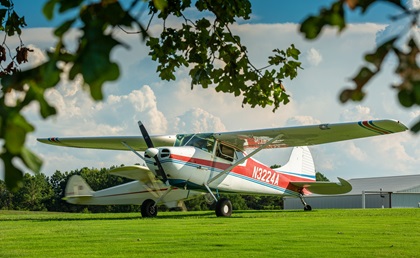 After Campbell and Murray delivered the airplane to Atlanta Regional Falcon Field we had less than seven weeks until the Cessna 170’s debut at EAA AirVenture Oshkosh in Wisconsin.

Not only were the aircraft instruments filled with water, thanks to rain and humid conditions, but the oil pressure gauge also read incorrectly.

Looking to spread the sweepstakes love, I called on another A&P friend, 20-year-old Ryan Walters, to replace the water-filled gauges and to determine the cause of the high oil pressure indication.

Over the course of a couple of evenings, Walters was able to track down and install a new airspeed indicator, operating range decals, a vertical speed indicator, and a new oil pressure gauge.

After the instruments were installed, my friends and I took off from Peach State Aerodrome in a highly modified backcountry Cessna 182 to retrieve the soon-to-be highly modified Cessna 170 for a checkout flight.

Although I have over 300 hours of tailwheel time, including in a Cessna 180 Skywagon, I wanted my friend Parker Thaxton to help me get acquainted with the aircraft. Thaxton, a commercial pilot with more than 850 hours in his family’s 1955 Cessna 170B, was the perfect person for the job.

After Walters climbed into the backseat, Thaxton and I hopped in and started the aircraft with the old-school pull starter. The engine purred to life in an instant.

AOPA selected the Cessna 170B as the 2023 sweepstakes aircraft to showcase how select modifications can drastically expand a commonplace taildragger’s mission. Although the airplane is far from a backcountry performer in its stock condition, the Cessna 170 will soon become ready for even the most challenging backcountry strips.

We’ll increase the aircraft’s horsepower from 145 to 180; outfit it with bigger tires, a lightweight interior, and modern VFR instruments; and fit it with other modifications, not to mention a dramatic paint scheme perfect for backcountry adventures.

You’ll be able to see the Cessna 170 up close and personal as we spread the joy of flying by taking it to grass runways and camping off the beaten path.

As I taxied to the end of the runway, I immediately noticed the ineffectiveness of the rudder. Although I had heard the circular rudder wouldn’t be as effective as the Skywagon, CubCrafters Carbon Cub, and Piper Super Cub rudders I was used to, I didn’t understand how big a difference it would be until I felt it myself.

After a successful runup, I lined up on the runway and applied full power. Immediately, I noticed that the airplane was anything but a performer. The Cessna 170 was making just shy of 2,300 rpm, thanks to a suspected cruise propeller. We still had plenty of runway for three people and half-full fuel tanks on a Southern summer day.

After departing the pattern and climbing up to an appropriate altitude, I initiated a power-on and power-off stall on our way back to Peach State. If I hadn’t known I was in a taildragger, I would have guessed I was stalling a Cessna 172.

As we approached Peach State, Thaxton reminded me of the ineffectiveness of the rudder and to be prepared for it upon landing.

“Other than that, you’ll be fine,” said Thaxton. “I’m just going to sit here unless I see you about to really mess something up.”

Once I turned downwind, I pulled the power back and flew a standard pattern. Abeam the numbers, I pulled carb heat, reached down for a notch of flaps, and let the nose drop as I turned base. On base, I maintained about 70 mph and pulled another notch of flaps. Once on final, I added or subtracted power accordingly and pulled the last notch of flaps. As I entered the flare, the stall horn sounded as the tires kissed the freshly mowed grass—as if the airplane had longed for it.

The following evening Thaxton hopped back into the airplane with me for one final lap around the pattern before turning me loose.

It was a special moment soloing the new AOPA sweepstakes aircraft at the same airport where I learned to fly as a teenager in a 1946 Aeronca Champ.

We’ll be highlighting more pilots’ special moments in the Cessna 170 throughout the sweepstakes period. Stay up to date on the aircraft’s planned appearances, modifications, and more as we follow it through AOPA Pilot magazine, AOPA.org, our YouTube channel, Instagram, TikTok, Facebook, Twitter, and LinkedIn.

Claim your chance to win this airplane today.

No purchase or contribution necessary to ender or win. A purchase or contribution will not improve your chances of winning. Open to 50 U.S. states and the District of Columbia, Canada (excluding Quebec), Guam, Puerto Rico and the U.S. Virgin Islands, age 19 years or older (or at least the age of majority as legally mandated by the entrant’s jurisdiction of residence if greater than 19) at date of entry. Ends at 11:59 p.m. Eastern time on December 29, 2023. To enter and view complete Official Rules which govern this Sweepstakes, including, entry limits, and alternate method of entry, visit https://www.aopa.org/sweeps. Sponsored by the Aircraft Owners and Pilots Association. 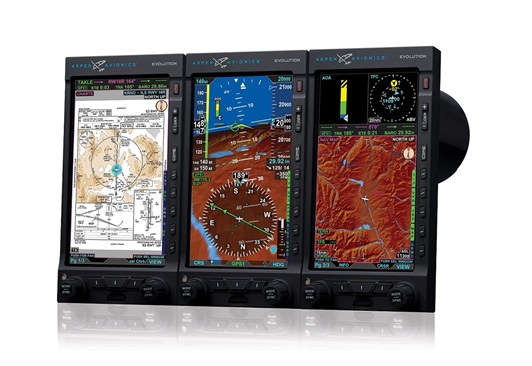 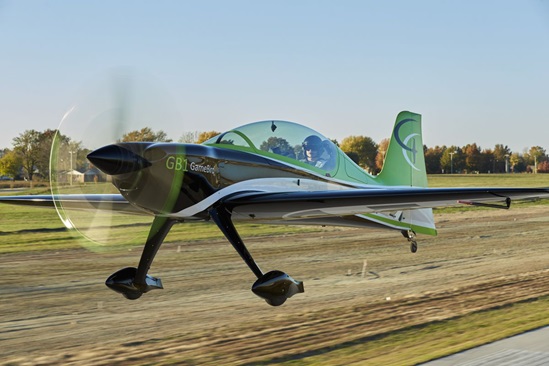 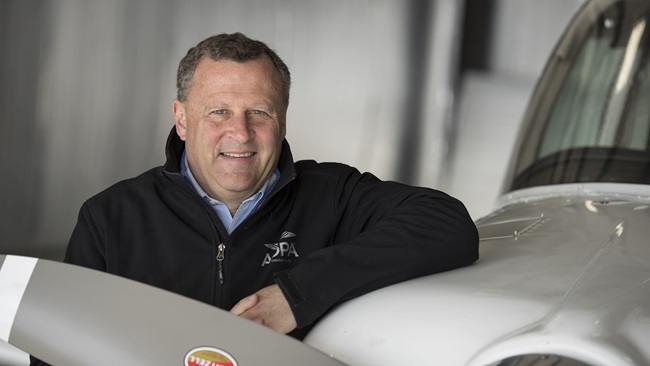