Get the app Get the app
AOPA Members DO more LEARN more SAVE more - Get MORE out of being a pilot - CLICK HERE
News & Media Early Analysis: Deadly mistake in the North Las Vegas pattern

A Piper Malibu and a Cessna Skyhawk collided on July 17 as the two aircraft approached the same runway at North Las Vegas Airport in Nevada. As the NTSB investigation gets underway, AOPA Air Safety Institute Senior Vice President Richard McSpadden looks at the lessons already available to other pilots that can help prevent such tragedies.

The Cessna 172 was flying its seventh circuit of the traffic pattern as the Piper Malibu made a midfield entry into the pattern and was cleared to overfly the runway and circle left to land on Runway 30L. The Piper completed that sweeping left turn and lined it up for Runway 30R, contrary to the flight's clearance.

Four people—two aboard each aircraft—were killed when the airplanes collided. There were no indications that either pilot saw the other aircraft before the collision.

While there is still more to learn from the NTSB investigation, McSpadden notes that the accident is likely to be classified as both a midair collision, and a wrong-surface event.

"It seems like this may be a case which illustrates continuation bias," McSpadden said, noting it remains unclear if the Piper Malibu pilot was expecting to land on the right parallel, and followed through on that expectation contrary to ATC clearance, or if visual cues, or other factors, led the Malibu pilot to mistakenly identify which runway the aircraft was lined up to land on before the collision.

One way to avoid repeating this scenario is "a good belly check," McSpadden said, a brief roll to visually verify the final approach path is clear before turning on final—and potentially pointing the airplane's belly at converging traffic.

"Whether or not it would have prevented it is unknown, and they may have done that and we don't pick it up on ADS-B tracks," McSpadden said. "It's just helpful to reinforce the importance of that belly check before you turn on final."

The AOPA Air Safety Institute is funded by charitable donations to the AOPA Foundation, a 501(c)(3) organization. To be a part of the solution, visit www.aopafoundation.org/donate. 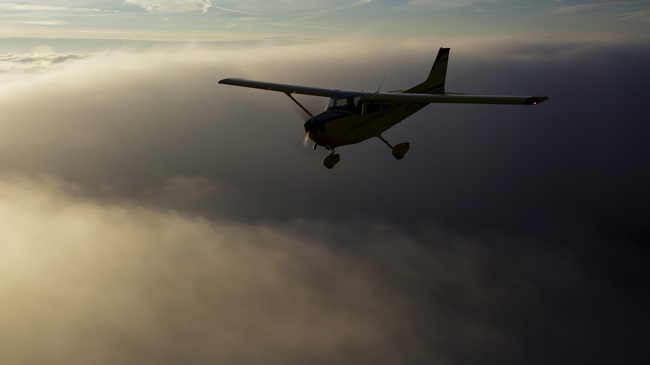 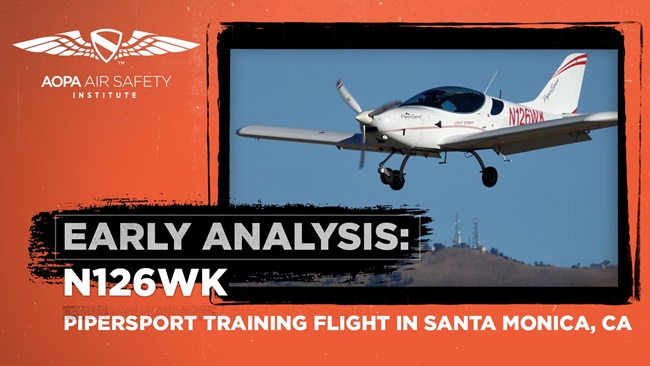