'It's been a long two weeks' waiting for AirVenture

Editor's note: This story was updated July 29 to correct the misspelling of a name in a photo caption. AOPA regrets the error.

Alex Browne is a patient guy. He’s been waiting for more than two weeks to see his brand-new airplane—the 2022 AOPA Sweepstakes Grumman Tiger, which he found out he won during a surprise visit from AOPA President Mark Baker at his home base in Petaluma, California, in mid-July.

“It’s been a long two weeks,” said the 33-year-old commercial pilot. Baker told him he’d won, but he’d yet to actually see his airplane. AOPA invited Browne and his family to EAA AirVenture Oshkosh in Wisconsin to take possession of the restored 1978 Grumman Tiger. So, Browne; his wife, Soraya; and their 10-month-old son, Callahan arrived in Oshkosh ready to get the keys. But then he had to wait a little longer; there was the trip to AirVenture, a Pilot Town Hall, and questions and answers from members and staff. But then! AOPA Vice President of Media and Marketing Kollin Stagnito ushered Browne to his aircraft, handed him the keys, and introduced him to all of the upgrades and extras he will enjoy with his young family.

“I may take this as my opportunity to learn to fly,” said Soraya, who admits to being nervous in small aircraft and who has only flown once in the Cessna 185 the couple own. “I’ve started to feel more comfortable, and a friend took me flying in her Cherokee Six, so I think I’m going to get used to this.”

A grinning Callahan may not have been aware of what was happening for his parents, but the happy baby smiled and giggled in appreciation. 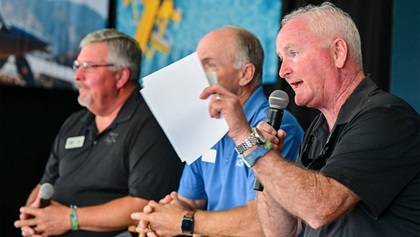 The official giveaway was just one of the highlights of the annual Pilot Town Hall meeting, which AOPA leadership presents each year at AirVenture. More than 200 members crowded the pavilion featuring Baker, Stagnito, AOPA Air Safety Institute Senior Vice President Richard McSpadden, AOPA Foundation Senior Vice President Elizabeth Tennyson, and AOPA Vice President of Airports and State Advocacy Mike Ginter. As part of her presentation representing the AOPA You Can Fly program, Tennyson introduced Flying Clubs Initiative Director Steve Bateman, who had a special announcement of his own. Bateman welcomed the 200th flying club that AOPA has helped get underway—just six months old, the Lake Shelbyville Flying Club from Illinois.

“This is a fun, three-part story,” said Bateman. “It’s a wonderful story about an airplane, an airport manager, and a group of pilots.”

Shelby County Airport manager Scott Jefson said the pace of the club’s growth, which now has 10 members, is in part thanks to the assistance of the AOPA You Can Fly Flying Clubs initiative. “We called Steve after our first meeting in January, by the second meeting we were rocking and rolling, and things just [fell] into place.”

The club is leasing a Cessna 172, which Jefson found at an estate sale, cleaned up, and flew back to the airport. After cleaning the heavy mold from the aircraft, Jefson got the aircraft airworthy, and it took its first flight with a club member May 7.

The Pilot Town Hall presentation addressed the topics AOPA members are most concerned with—replacement avgas solutions, safety, saving airports, and increasing the pilot population. But Baker put the fine point on his nine-year tenure as the association leader: “In my 45 years of flying, general aviation has never been this good.” He emphasized the increase in pilot certification starts and new pilot certifications, and the state of the GA industry. “Business is good. I’m flattered many of you tell me we are the NRA of aviation. We’re fighting for you.” 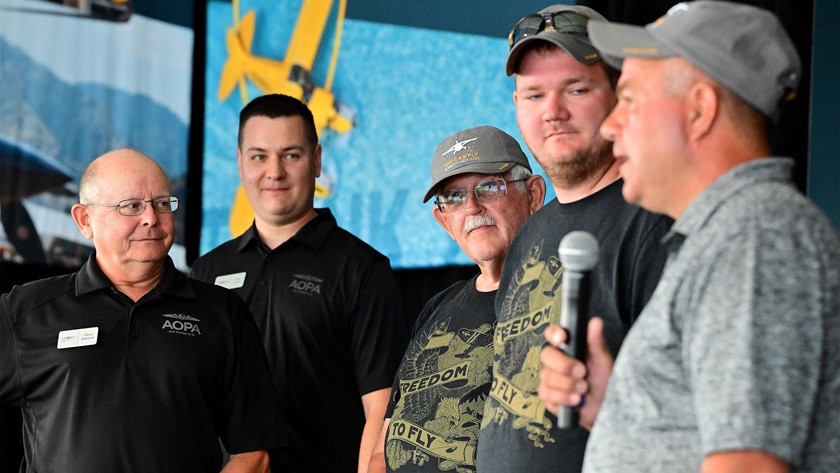 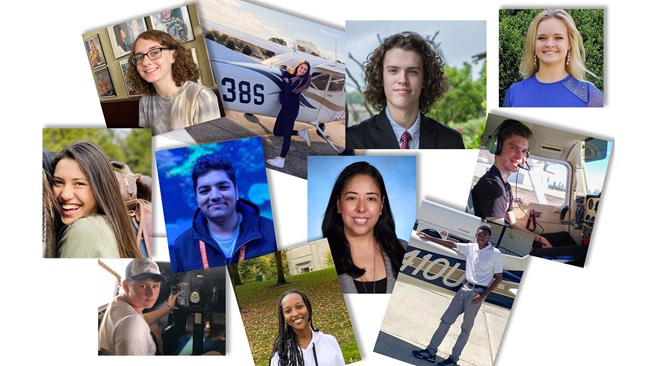 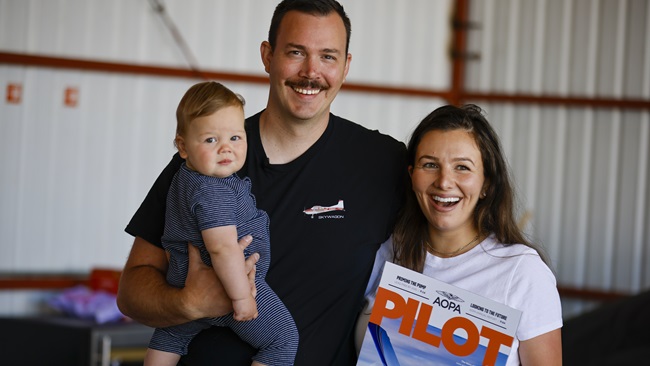