Get the app Get the app
News & Media Instructor Report

First have a plan

Since you are reading Flight Training, it is a safe bet that you want to become a pilot. It is also likely that the tasks ahead seem daunting, considering all the material to be learned and the tests to be passed. 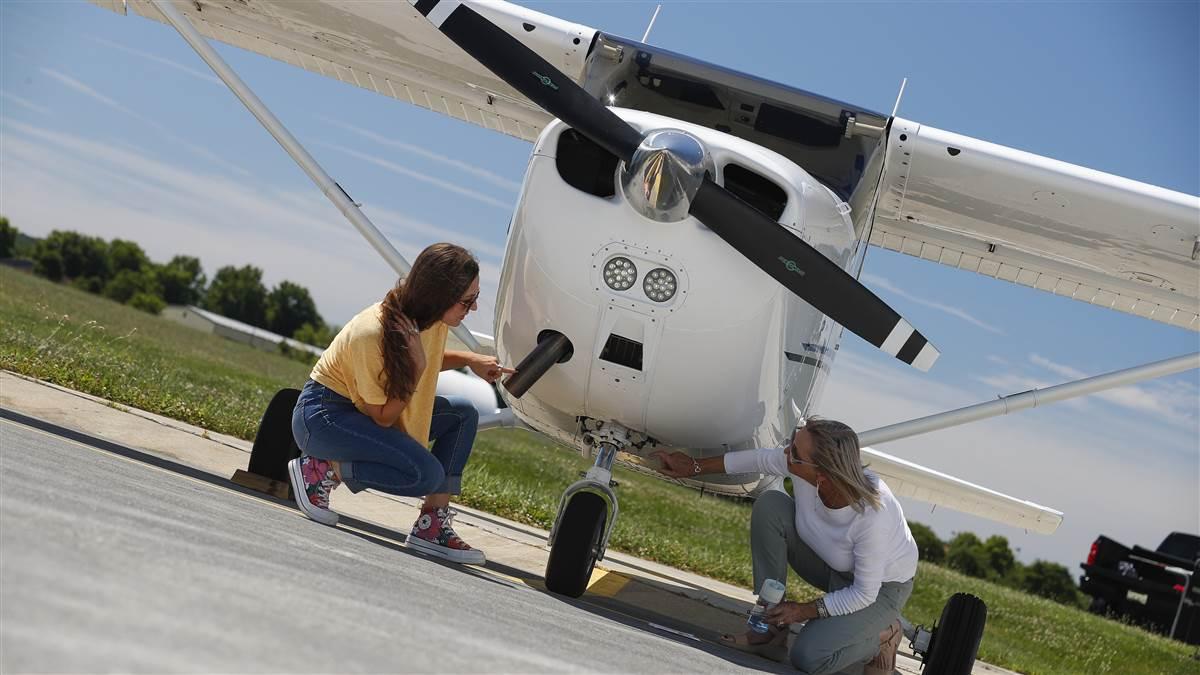 Find flight schools near you in AOPA’s flight school finder (aopa.org/flightschoolfinder). Winners of AOPA’s Flight Training Experience Awards are recognized with a badge in the search results.

You may know that about 75 percent of individuals who start flying lessons never become private pilots, which is intimidating and truly unfortunate considering all the benefits that are missed by those who drop out.

As you launch your adventure in aviation, however, take heart in knowing that learning to fly is well within the reach of most people. Focus on the good news—that aviation offers intrinsic rewards, and that becoming a certificated pilot is worth the considerable effort needed to accomplish your goal.

There are steps you can take to significantly increase the likelihood of earning a pilot certificate. Start with a plan.

Effective planning requires a stated objective. What is your objective in taking flying lessons? Are you seeking a career in aviation or the personal satisfaction of mastering a challenging endeavor, or both? Is it the freedom and flexibility to travel on your own schedule to multiple locations not served by scheduled airlines? Perhaps you are motivated by the unique perspectives available only to pilots. Maybe acquiring a privilege earned by significantly less than 1 percent the U.S. population is your driver.

Having a clearly stated and realistic goal shapes your course of training and offers the best chance of having a successful learning experience. If becoming a certificated pilot is your passion, go for it full throttle. If not, decide on another way to spend your time and money.

Bottom line: Develop a plan for becoming a certificated pilot, and insist on your flight instructor also having a plan.
Regardless of why you seek pilot certification, learning to fly requires three basic disciplines: cognitive knowledge of aviation, physical skills in operating an aircraft, and techniques for identifying the hazards and managing the risks of flight. Cognitive knowledge—bookwork, so to speak—encompasses an understanding of the pilot’s human nature, the airplane’s capabilities, and the environment where the pilot/aircraft system operates. Physical skill encompasses the hand/eye coordination required to safely control the airplane in three dimensions. Effective risk management combines knowledge and skill to pursue courses of action that eliminate or mitigate risks to a successful flight. Becoming a certificated and successful aviator is the continuous implementation of knowledge, skill, and risk management, honed during every step of the learning process and implemented throughout every flight. Each lesson, beginning with your first interface with your CFI, should be an organized approach to these three basic disciplines.

With your goal of becoming a pilot thoroughly vetted and an appreciation for the learning structure to be followed, your next step is locating a flight instructor who is first a teacher and then a pilot teaching flying. Such individuals can be found within the vast spectrum of flight schools from national franchises to mom-and-pop setups at nearby GA airports, but you must do some research to find a CFI who is more interested in you being successful than him or her adding time to their logbook.

Unfortunately, too many CFIs regard teaching as a necessary chore they must endure on their route to becoming an airline or corporate pilot. Learn from a teacher. Teachers take an interest in their students and have empathy for their goals in pursuing flying lessons. Teachers know and implement the laws of learning, prepare and follow lesson plans tailored to the needs of each student, assign their students study material for upcoming lessons, and spend face time with their students prior to each flight. Post flight, they debrief the student and discuss what is needed for the next lesson.

Effective CFIs organize their time with students in four segments. First they teach the task to be learned, on the ground where the student can concentrate on the subject to be learned. Then the CFI demonstrates in the air what he or she taught on the ground. Next, the student drills on what was taught and demonstrated. Finally, the lesson concludes with a “test” of sorts where the student performs and the CFI observes, reinforcing what the student has learned and adding to the student’s feeling of accomplishment. Effective CFIs follow the mantra “Teach, Demonstrate, Drill, and Test” on every lesson, and the post-flight review addresses the student’s performance during the “test” portion of the lesson.

Finding a CFI who is an effective teacher and a competent aviator requires some work, but such an effort is essential. Listen to what others say about the teaching skills of potential CFI candidates. Ask candidate CFIs how they approach their students. Do they use a formal yet personalized lesson plan for each flight? Select a CFI who will use an organized approach to teaching you how to become a certificated, safe, and productive pilot. As it is said, how the twig is bent, so is the tree inclined. Early influences have a permanent effect, so select your CFI wisely.

Bottom line: Develop a plan for becoming a certificated pilot, and insist on your flight instructor also having a plan.

John W. Olcott is an airline transport pilot, CFII, and remote pilot, as well as former president of the National Business Aviation Association.