2020—That was the year my 15-year-old son, Hunter, was going to join me for my annual pilgrimage to Oshkosh, Wisconsin, for EAA AirVenture. Or so we thought. 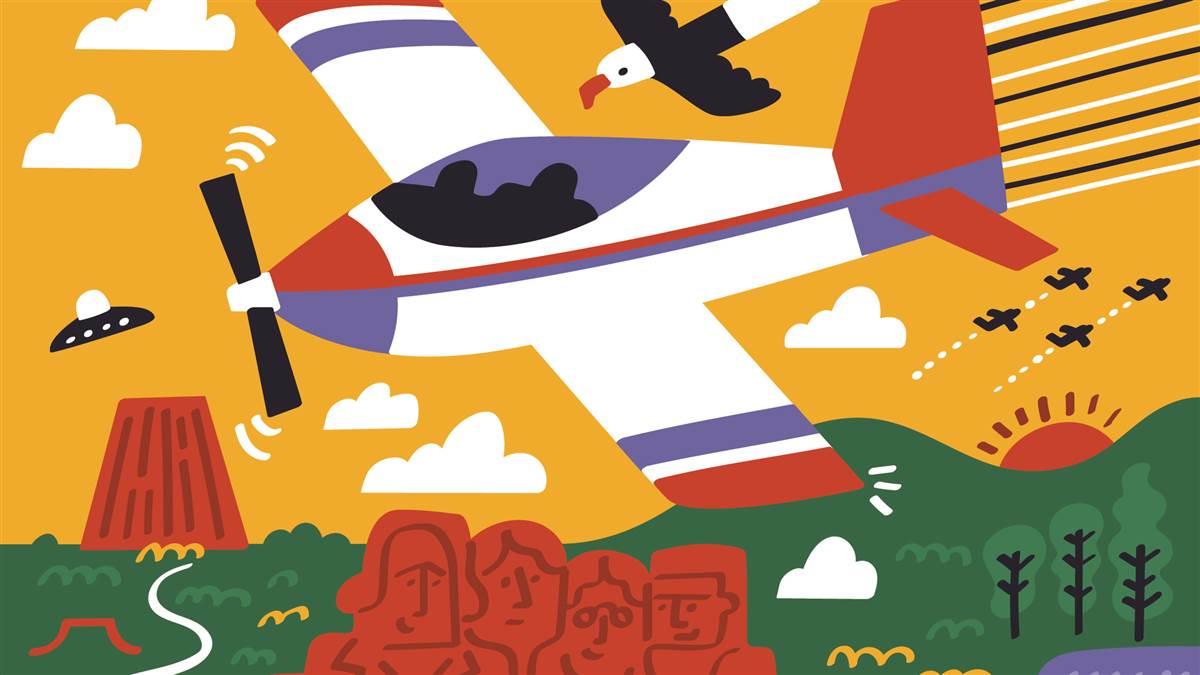 I own a Van’s RV–7A that I absolutely love. It has enabled me to see and experience so many amazing things. I’ve flown over the majestic scenery of Nova Scotia, the Everglades of Florida, and as far west as South Dakota from my home base in New Jersey.

My son has flown with me quite a few times, for the $100 hamburger, to local EAA pancake breakfast fly-ins, and a few local airshows. We even did a day trip to First Flight Airport (FFA) in North Carolina to visit where the Wright brothers first flew.

I’ve told Hunter so many stories about Oshkosh, and he was now old enough to experience it with me. So, we decided that the next flying trip with me would be to Oshkosh.

Unfortunately, COVID-19 hit, and the virus had other plans. I was hoping that since AirVenture wasn’t until July, we would still be OK, so we marked it on the calendar, and I requested days off from work. When we heard that AirVenture wasn’t happening, Hunter was disappointed and so was I. But then we thought just because AirVenture has been canceled, doesn’t mean our father and son flying adventure had to be canceled also. We had the vacation days marked off, we have an airplane, so we began planning our non-Oshkosh flying adventure. 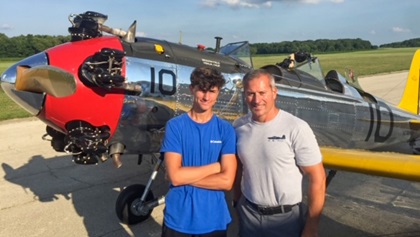 We always wanted to visit Mount Rushmore and the Badlands of South Dakota, so that became our main destination. I have a cousin who lives in Michigan and a sister who lives in Colorado, so I added those destinations to the journey. A good buddy of mine told me about a cool airport, called Poplar Grove, and said it is a “must see.” So, that was added too. After much research and flight planning, we were ready to go.

We packed the airplane and departed Sky Manor Airport (N40) at 8:30 a.m. on July 17. There was a 1,500-foot overcast, so I filed an IFR flight to Jackson County-Reynolds Field (JXN) in Michigan for lunch and then to our first destination, Ottawa Executive Airport (Z98) in Zeeland, Michigan, to visit my cousin Gary. He lives on an airpark with his wife Darlene and owns a Van’s RV–10 and a beautiful Just Highlander on floats that he built. After a great dinner, Gary took Hunter in the Highlander for a sunset flight and a few landings on a local lake.

In the morning, we enjoyed breakfast and were in the air by 10:15 a.m. We flew over Lake Michigan to our first fuel stop in Minnesota’s Redwood Falls Municipal Airport (RWF) and then another in Huron Regional Airport (HON) in South Dakota. Next, we flew low through the Badlands, circled Mount Rushmore National Memorial and the Crazy Horse Memorial and then landed at our destination, Custer County Airport in South Dakota (CUT).

The following day was jammed packed. We rented a car and went to Mount Rushmore, drove all the scenic drives through Custer State Park, and did the long drive through Rapid City, South Dakota, to check out the Badlands from the ground and watched the sunset. Super cool places that everyone should visit.

The next day we woke up at 6 a.m. sharp because we rented a utility terrain vehicle, which is a dune buggy type vehicle made by Polaris, to go riding through the local logging trails of Custer.

One great aspect about owning an airplane is that you can do things spontaneously that you normally couldn’t do because of time constraints and distance needed to travel. While eating lunch, after an action-packed morning in the trails, Hunter and I were pondering what to do next. I said, “Devils Tower is only a 30-minute flight from Custer.” He said, “Let’s do it!” So, we hopped in the airplane and flew to Hulett, Wyoming. We circled Devils Tower and then landed at Hulett Municipal Airport (W43). For those who remember the movie Close Encounters of the Third Kind, Devils Tower was the site where the alien spaceships landed. Devils Tower is 867 feet from its base to the summit. It stands 1,267 feet above the Belle Fourche River and is 5,112 feet above sea level. We hiked the trail around the base of the butte. What a spectacular site from the air and the ground. Something that would have taken us all day was accomplished with ease in my airplane.

On day six of our adventure, we departed for the City of Colorado Springs Municipal Airport (COS). We flew south along the Rocky Mountains, west of Denver and ate lunch at the Airplane Restaurant adjacent to the airfield. There is a restored Boeing KC–97 Tanker that you can eat your meal in and a ton of cool aviation memorabilia decorating the restaurant. We visited with my sister and her family and the next day we drove up Pikes Peak, the highest summit of the southern Rockies at 14,115 feet. In the afternoon we toured the Garden of the Gods rock park and the town of Colorado Springs.

On day eight, it was time to head back east. This day’s destination was Poplar Grove Airport in Illinois (C77). This is an amazing airpark with an active EAA chapter. My friend LD, who lives at Poplar Grove with his wife, Kelly, was an amazing host and tour guide and showed us all around the airpark and introduced us to a bunch of cool pilots.

The next day we all flew in a four-ship formation—Van’s RV–8 and RV–7A, Cessna 195, and a rare Waco—to Janesville, Wisconsin’s Southern Wisconsin Regional Airport (JVL) for breakfast at Bessie’s Diner. My son flew in the RV–8 and in the Waco, with some loops and rolls as a bonus, on the return flight to Poplar Grove.

After a tour of the EAA building at Poplar Grove, where some volunteers were building a Curtiss Jenny, we enjoyed a fascinating history lesson about a beautiful, Ryan PT–22. The owner then gave Hunter and me rides. It was the first time I experienced an open-cockpit airplane. There’s nothing like flying low and slow over the soybean fields with the wind blowing, the smells from the farms while the sun sets. It was another fantastic day of aviation, made all the better because I shared these experiences with my son.

Without general aviation, this adventure would have never happened. In just 10 days, we flew more than 25 hours and covered 3,200 miles. We saw so much of the United States and experienced so many amazing things, but what I cherished the most was the wonderful people we met along the way and the time spent with my son.

This summer we are flying to AirVenture 2022!

Jim Kahle is a passionate aviator from Morristown, New Jersey.