Eighty years after they first soared from runways in Houston and then at Avenger Airport in Sweetwater, Texas, the Women Airforce Service Pilots (WASP) continue to inspire military and civilian pilots around the world.

Hundreds traveled to Sweetwater in April to celebrate the legacy of the WASP at their eightieth homecoming. And, although just one WASP was able to come to the event, WASP family members, aviation history buffs, and visitors celebrated the all-woman squadron who served their country during World War II. The sole WASP in attendance was Shirley Chase Kruse, who was a flight test pilot.

“I loved [the training],” she said in a 2015 interview for the National World War II Museum. “We’d all flown before, and it was just a question of learning to fly that particular plane.” But not all found it so enjoyable. The women lived six to a bay, and “you never knew when you were getting ready to go to mess hall who would [still] be in your room that night.” For every two applicants, one would wash out. “The dropout rate was pretty intense,” she said. “You always left the very night you washed out, you went back to your bay, and you packed what you had, and you left. They took you to the railroad station. It was over and done with. No time for tears.” She “absolutely” had a fear she might wash out, although she did not.

The WASP, headed by Jacqueline Cochran and Nancy Love, trained at Avenger Field in Sweetwater beginning in 1943 to fly single and multiengine piston aircraft “the military way.” The goal was to use the women in the war effort to free up male pilots for combat duty overseas. Once graduated from the program, the WASP ferried aircraft, piloted tow aircraft for aerial targets, and performed other flying duties including tracking and searchlight missions and simulated strafing. They were assigned to established bases around the United States as civilians attached to the Army Air Forces.

The WASP were disbanded at the conclusion of the war. They did not receive military benefits until 1977, when President Carter signed a law that designated them as military veterans. In 2009, President Obama awarded the WASP the Congressional Gold Medal for service to their country.

“I don’t think people understood what it took for [the WASP] to become a pilot in those days,” said Molly Kelly of Fredericksburg, Texas, who drove to Sweetwater for the homecoming. “They were the trailblazers.”

The WASP Museum at Avenger Field has flying examples of four of the five types of aircraft that the women trained in: a Boeing PT–17 Stearman, Fairchild PT–19a, and Vultee BT–13, which were flown for primary and basic training; and an ME UC–78 or Cessna Bobcat, for multiengine training. The museum is raising money to acquire a T–6 used for cross-country, formation, and instrument training, to round out its collection, according to volunteer David Townsend. 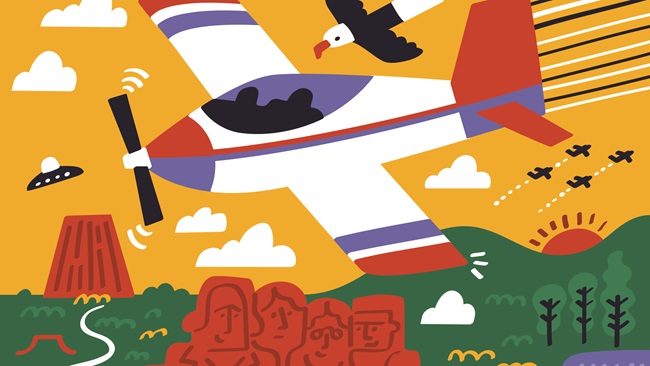