I received a heart-wrenching email from the owner of a Southern California flight school—I’ll call him Chuck—who operates 10 airplanes, mostly Cessna 172s and Piper Archers and Arrows, with a Seneca twin and a Cessna 140 taildragger thrown in for good measure. 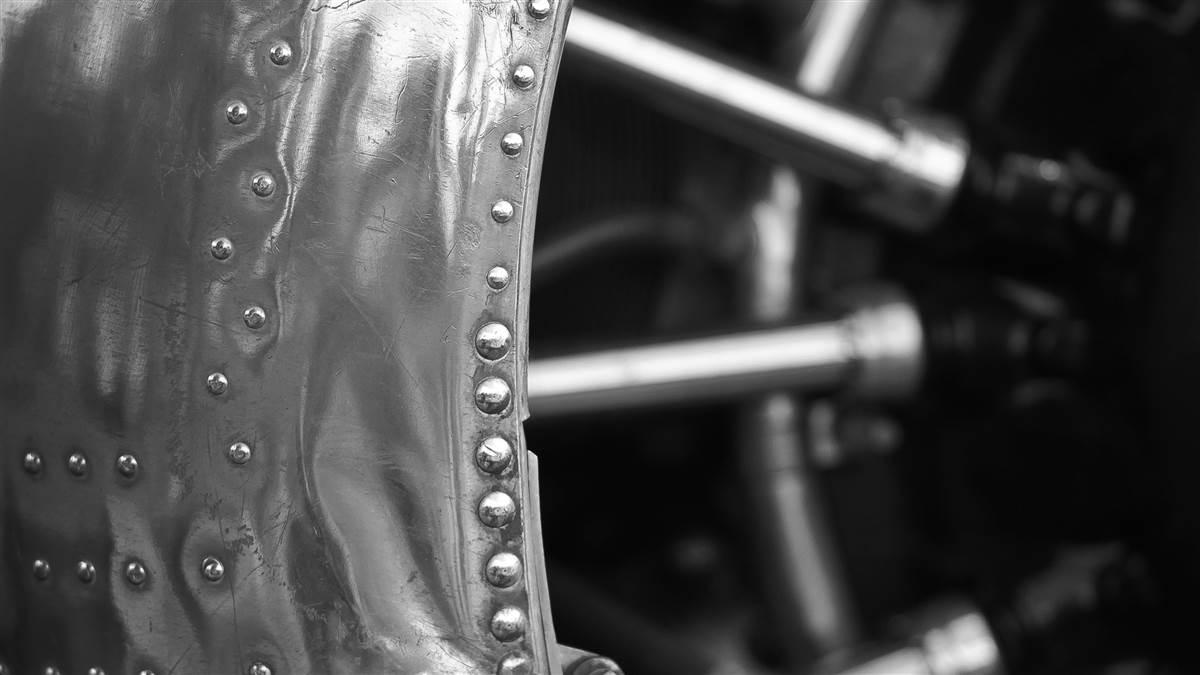 With a fleet like that, Chuck has a lot of experience with airplane maintenance and annual inspections, so he’s not the sort of person you’d expect to get into deep maintenance trouble, but sadly that’s exactly what happened.

Chuck wanted to expand his business to provide air tours, so he purchased a 1957 Twin Beech E18S for $160,000 with the help of a bank loan and spent another $40,000 to upgrade the avionics. Then it came time for the first annual inspection on Chuck’s watch. His regular mechanics didn’t have any Beech 18 experience, so Chuck flew the airplane some 350 nm to a specialty shop in Northern California that was well-known and apparently well-respected in the Beech 18 community. Chuck told the shop’s owner that he would be using the Twin Beech for an air tour operation, and wanted to make sure it was safe and airworthy.

Chuck’s frame of reference based on his flight school experience was that annual inspections normally take five to 10 days and cost $3,000 or $4,000 depending on the complexity of the aircraft involved. The big Twin Beech was significantly more complex than what he was used to, so he expected this annual to take longer and cost more.

He was certainly right about that.

When Chuck delivered the Beech 18 to the shop, the shop owner promised him he’d do his best to have the airplane ready “soon.” Communication from the shop was sparse after that, but Chuck assumed that the inspection was progressing normally. After three months, Chuck received an email containing an extensive squawk list, but no estimates of what repairs would cost. Chuck repeatedly asked the shop for cost estimates but received only vague replies.

Five months into the process, the shop emailed Chuck stating that he needed to send a check for $20,000 as a deposit for parts and supplies that the shop would have to obtain. He sent the check as requested and once again asked for repair estimates and an ETA for completion but received no response.

“Much of what they said sounded more like a full show plane restoration than a normal annual inspection,” Chuck told me, “even though I said from the beginning that I just wanted the airplane to be safe and airworthy.”Months passed with no communication. Then in month nine the shop emailed Chuck to say that they expected to have the airplane finished by the end of month 10, but that date came and went. In month 13, Chuck received an email from the shop owner apologizing for the delays and saying that they couldn’t provide a specific ETA but “they will get it finished as soon as they can.”

After more than a year, Chuck had had enough. He jumped in an airplane and flew up to the shop to see firsthand what was going on. He arrived to find the shop owner and his two mechanics working on his airplane. He asked where things stood. One mechanic who was working on the engines told Chuck that one engine was done and he’d just started work on the other engine. The other mechanic who was working on the airframe explained the work that he had been doing.

“Much of what they said sounded more like a full show plane restoration than a normal annual inspection,” Chuck told me, “even though I said from the beginning that I just wanted the airplane to be safe and airworthy.”

Chuck told the shop owner that he wanted his airplane back. The shop owner replied that he hoped to have it finished in another two months. Chuck flew home dejected, with thoughts that he probably ought to just sell the airplane, which had turned out to be such a money pit. Then 15 months into the ordeal, Chuck received an email from the shop containing an invoice for $76,000 for the work that had been done so far (on top of the $20,000 he’d already paid). It became apparent that the shop had not worked on the airplane since Chuck’s visit and would do no further work until the $76,000 was paid. No ETA for completion, and no estimate of how much the remaining work would cost.

“For 15 months, I’ve been making loan and insurance payments on an airplane I can’t fly for an air tour operation I can’t start,” Chuck said. “Is this sort of thing common? Do I have any recourse? Should I threaten legal action, or would that just make things worse? Can I demand that they put the airplane back together so I can get a ferry permit and fly it home?”

I felt Chuck’s pain, but his story is a distressingly common one I’ve seen play out many times before. If you put your aircraft in a shop for an annual inspection—especially one that you haven’t deal with before—you need to take steps to keep the shop on a short leash. Specifically, you need to give the shop written instructions along the following lines:

“You are hereby authorized to perform an annual inspection of this aircraft, but you are not authorized to perform any repairs or order any parts until you have completed the inspection, prepared a detailed discrepancy list with cost estimates (including both parts and labor) to repair each listed discrepancy, and provided it to me for my review and line-item approval or disapproval.”

If you don’t explicitly limit (in writing) what the shop is and isn’t authorized to do, you have effectively given the shop carte blanche to do whatever they want and to bill you whatever they deem appropriate for whatever they did. In the absence of a well-defined contract limiting the shop’s authorized scope of work, you generally have little recourse if the shop runs up an astronomical bill and demands that you pay it before they will release your aircraft.

Now it turns out that California is a bit unusual in this regard. The California Business and Professions Code sections 9793-9798.4 limit mechanics’ liens against general aviation aircraft to cases in which the shop or mechanic provided a written estimate to the owner and the owner signed it. Therefore, my best guess is that this shop could not obtain a legally valid mechanics lien against Chuck’s Beech 18.

But they have plenty of other ways to make Chuck’s life miserable until he agrees to pay their bill. They can cease working on the airplane (which they apparently have done). Then can refuse to put it back together in flyable condition. They can refuse to sign a “safe to ferry” logbook entry which Chuck would need to obtain a ferry permit from the FSDO to fly the airplane back home.

I hated to be the bearer of bad news for Chuck, but I’ve seen this many times before. Unless you enter into a written agreement limiting the scope of what the shop is authorized to do, the shop holds all the cards, and you have very little leverage. Sadly, Chuck handed his Beech 18 over to the shop with nothing more than a handshake, a smile, and a verbal promise to have the airplane ready “soon.”

What should Chuck do now?

I am not an attorney and could not give Chuck legal advice. I suggested that he consult with an aviation attorney with experience in maintenance issues and that AOPA could provide him with a referral. I told him that if he was a member of AOPA Pilot Protection Services, he might be entitled to consult with an attorney at no cost.

I cautioned Chuck that until he consults with an aviation attorney, he should not say anything to the shop indicating that he was not going to pay their invoice. The most likely way I saw this sad saga ending was for Chuck to agree to pay the shop’s bill on the condition that they agree to put the airplane back together in flyable condition and further agree to provide him with a signed “safe to ferry” logbook entry enabling him to obtain a ferry permit from the local FSDO so he could fly the airplane home and deal with any unresolved airworthiness discrepancies there.

Chuck’s experience should be a cautionary lesson for every aircraft owner. When your airplane goes into the shop for an annual inspection, you need to make it explicitly clear (in writing) that the shop is not authorized to perform any repairs or order any parts until the inspection is complete and you’ve been provided with a detailed list of discrepancies with repair cost estimates that include both parts and labor. This is exactly what my company does for our managed maintenance clients. It’s the only way you can protect yourself from the annual spiraling out of control the way Chuck’s did.