Lilium, among the leaders in a crowded field vying to be the first to put an electric vertical takeoff and landing aircraft into service, announced its demonstration aircraft, the Phoenix 2, has achieved main wing transition, which the company claims is an industry first. 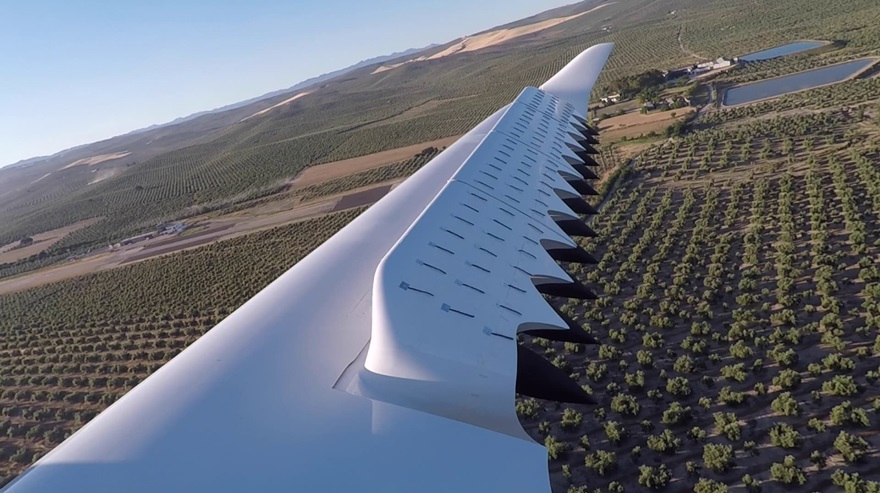 The Munich-based Lilium company was established in 2015 and its prototype design, which uses ducted electric motors to generate vertical lift for takeoff and landing, and lift from the wings to extend cruise range, is at the center of the company’s journey to a sustainable and accessible mode of high-speed, regional transportation.

The main wing transition milestone makes the Phoenix 2 “the first ever full-size electric jet aircraft to transition from hover to wing-borne flight.” Lilium explained, “From a flight physics perspective, completing transition means the airflow going over the flaps attaches and becomes smooth, allowing the lift to be generated by the wing (as in conventional fixed wing aircraft), rather than by the engines (which is the case during the hovering phase).”

The Phoenix 2 remained stable throughout the test andbehaved as anticipated by Lilium’s proprietary Flight Dynamics Model. “Main wing transition is a huge step forward on our path to launch and it validates our Flight Dynamics Model. Full credit goes to the outstanding Lilium team who worked so hard to get us here, and who remain laser-focused on the rest of the Flight Test Campaign,” Matthias Meiner, Phoenix chief engineer and Lilium cofounder, said.

In March, NetJets announced a partnership with Lilium and its right to purchase up to 150 Lilium jets for use in the company’s shared ownership program. The partnership also includes operational support for Lilium’s hub currently in development in Florida.

Lilium said in the news release that it “will continue its Flight Test campaign throughout the summer, expanding the flight envelope further, including transition of the forward canards and high-speed flights.” Lilium aims to receive initial type certification in 2025, with production set to begin upon certification.