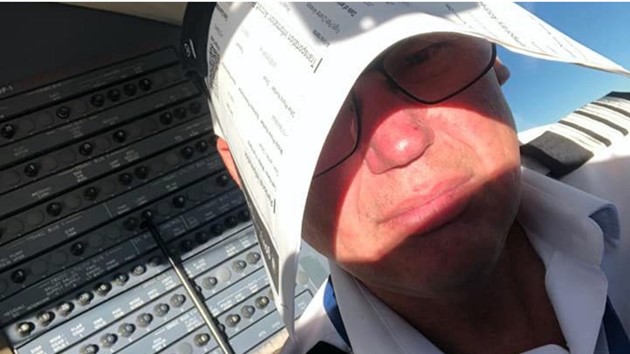 We love flying. We love it so much that when summer comes and that cockpit is 100-plus degrees, solar energy is bathing us with UV, heat, and glare, we are still out there flying! But who among us really enjoys sitting in hot, sun-soaked cockpits, full of harmful UV? There has not been a good solution – until now.

Numerous attempts have been made to block sunlight in the cockpit. To be direct, many of these should be avoided. Stick on films, devices with suction cups, automotive window tint film - all of these are proven to be damaging to aircraft windows, and some are outright violations of FAA regulations. Short and sweet – you should never attach anything to your aircraft windows.

Aircraft windows expand and shrink with heat and pressure changes. Films restrict this and over time lead to internal stress buildup that can result in a cracked window or blowout. Finally, putting films that block more than 30 percent of light on cockpit windows – even just the upper part of the window – is a surefire way to end the airworthiness of your aircraft.

You will hear the arguments from window tinting people “Our films are safe” and “we don’t need a supplemental type certificate (STC) because our films are removable.” In the first claim, what they’re really saying is the adhesive used is acrylic safe. But that doesn’t mean it is aircraft safe or approved for use in an aircraft. And, as far as removable is concerned, anything in an aircraft is removable … if you have a plasma cutting torch! However, to fall under ‘no STC needed,’ think of it as carrying on an iPad. Your iPad isn’t attached to the aircraft using tools and it can be carried on and off each flight. A few final words on window tint: ramp checks and prebuy. Neither will be a pleasant experience if your plane doesn’t meet the regs, and window films are a huge red flag!

What Can You Do to Cool the Cockpit?

Thanks to the combination of technology, innovation, and a pilot/engineer who was sick of flying in the hot seat, there is a legit solution – Jet Shades. Jet Shades are removable UV-rejecting, heat-reducing panels that insert into the window frames, and instantly transform the cockpit into a cool, comfortable flying experience. 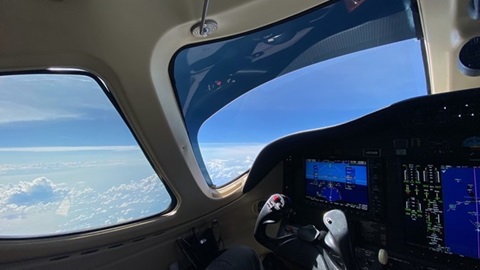 They went through the FAA approval process and don’t require an STC as they can be installed and removed during flight, no tools required – simply press in place. And Jet Shades can stay in the windows when the aircraft is parked to continue blocking heat. Finally, the performance specs are amazing. Blocking 99.9 percent UV, 76 to 94 percent infrared Heat, 58 to 76 percent actual BTUs entering the aircraft, reducing cockpit temperatures by 15 to 25 degrees! The final word? Well, with this type of performance, pilots now say “We love flying…and we love our Jet Shades.” 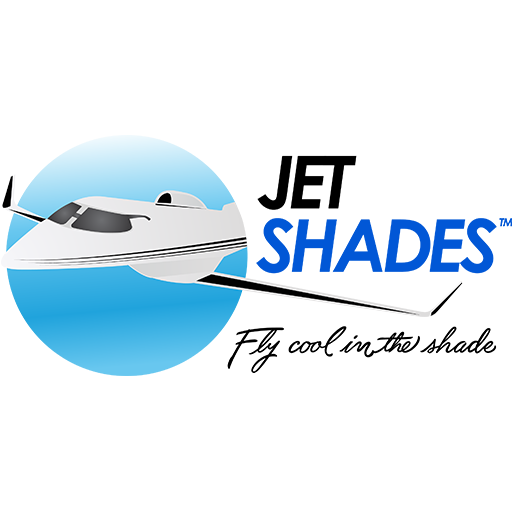 The idea for Jet Shades was born in 2017 when a private pilot/engineer who constantly struggled with hot, uncomfortable flights finally had enough. He wanted to enjoy flying without having to resort to temporary or unsightly hacks to block the heat and glare. Utilizing his engineering background, he tested various materials and installation methods that could be FAA approved and ultimately resulted in the creation of a virtually unbreakable, eye-catching window panel that blocks UV, heat, glare and solar energy while providing maximum visibility for pilots. Made in the USA, Jet Shades are available (or can be custom fit) for cockpit and cabin windows in a growing number of aircraft types — including propeller, turboprop, jets, airliners and helicopters.
X