The National Air Traffic Controllers Association on June 17 honored several of its members with its annual safety awards from 2020 and 2021.

Air traffic controllers from across the country were recognized for their quick thinking and composure under pressure in complex and emergency situations with the Archie League Medal of Safety Awards.

The award, which has been presented since 2005, is given to honor outstanding air traffic controller work. Honorees were involved in a variety of what NATCA calls ”aviation ’saves’” — some of which involve a team of controllers working together, while others are the result of one controller’s efforts.”

From airline emergencies to general aviation pilots in distress, each honoree had a unique and harrowing story to tell.

In the GA sector, Joe Wright, a controller and NATCA member from the Southwest Region, was in the right place at the right time when he assisted a pilot struggling to land in IFR conditions.

On February 11, 2021, while working the William P. Hobby Airport in Houston final position, Wright, a U.S. Navy veteran who has been working as an air traffic controller for the past 26 years, noticed something was amiss with a Piper Cherokee in the pattern. “This individual I noticed, when flying the pattern, was just not as steady and didn’t seem as confident as other training that’s going on.” 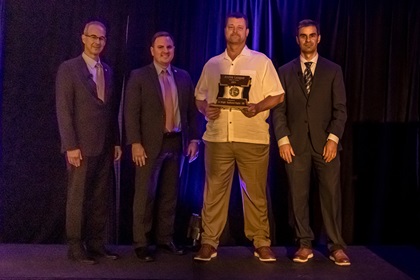 NATCA explained, “Wright noticed some variations in the pilot’s headings and altitude variations. He advised the pilot of those things and got him on the approach on the first attempt. He seemed to be stable and Wright switched him to EFD [Ellington Airport] tower. He went back to working other traffic but then observed the Cherokee pilot approach the marker in an unstable fashion and determined there was no way he was on the localizer which was used to keep aircraft aligned with the runway.”

Soon after, Wright observed the Cherokee begin a turn to the right and start climbing. That’s when Wright immediately vectored conflicting traffic away from Cherokee. At the same time, Ellington Tower called to inform Wright that the Cherokee pilot had lost his gyroscope. The pilot of the Cherokee requested vectors to try the ILS again, but appeared unable to maintain altitude. “In the background," NATCA said, “an emergency was declared and other controllers searched for other airports with better weather conditions.”

“He seemed a little rattled and rightfully so,” Wright recalled, referring to the Cherokee pilot. “I knew, in my 26 years of aviation experience, with no gyro and those weather conditions, if you get disoriented it can go bad very quickly. My intention was to do the very best I could for him control-wise, but also keep him calm. If I got tense, it may have caused him to have a little bit of a problem in concentration.”

The situation became even more dire when the Cherokee pilot began descending from 2,400 feet to 2,000 feet in a steep turn. “I asked him, ‘Are you OK?’ and he said, ‘I don’t think we’re OK,’” Wright said.

NATCA said, “Wright advised the pilot to roll to the right and pull back…The pilot then broke out of the cloud ceiling at 700 feet and reported he could see the ground…The pilot said he could see EFD, so Wright issued him a contact approach.” The pilot landed safely a few minutes later.

In the aftermath, Wright said he took about an hour to decompress. “That was the most traumatic event of my career, by far,” he said. “I was really shocked at the physical effect it had on me. Once everything was done, it was just an unload of adrenaline that was just incredible.”

Two air traffic controllers were honored with the association’s President’s Award, given in recognition of the best overall save of the year.

One of those recipients, Pensacola Tracon air traffic controller Marcus Troyer, was honored for his invaluable contributions during a search and rescue operation that saved the life of the pilot of a Cessna 172 Skyhawk that crashed on the bank of the Escambia River in a remote area of Jay, Florida.

After the aircraft was reported missing by its owner, Freddie McCall, Troyer, who is well versed in search and rescue situations, jumped into action. “We weren’t talking to the aircraft at the time,” Troyer told NATCA. “We went back and did a Falcon replay to try and see if we actually tagged him up or anything. We did not, so that complicated the situation.”

McCall took to the skies to look for the missing aircraft and eventually found and reported the location of the crash site to Troyer. ‘”I used all my knowledge that I had from working at Pensacola and tried to get Navy helicopters to respond, but most of them couldn’t do it because of fuel,’ he said, adding that the heavy thunderstorms in the area posed many challenges. A LifeFlight crew was in Pensacola but had just completed a mission and was in a mandatory cool down period,“ NATCA explained.

Troyer was eventually able to make contact with a nearby U.S. Coast Guard helicopter and spent the next 25 minutes vectoring the pilot, Lt. Comdr. Brian Hedges, to the crash site and around the surrounding storms. At the same time, emergency ground crews had arrived on scene and Troyer was able to facilitate communications between the ground crewmembers and Hedges.

Hedges told NATCA, “We had a very good crew but we didn’t have a rescue swimmer on board so theoretically we were not SAR (search and rescue) capable…This was the first search and rescue case in the MH65 Echo aircraft so it was kind of unique. We didn’t plan it that way but our aircraft had an all-new glass cockpit and brand-new weather radar, which actually helped us that day.” Hedges also commended Troyer for his help: “His demeanor, everything on the radio, was fantastic. He painted a perfect picture of where we needed to go, what we needed to do, and who was on the scene.”

Once the injured pilot had been picked up and was on his way to a nearby hospital, Troyer, who knew Hedges had never landed at that hospital before, put him in contact with the LifeFlight pilot at the hospital to assist.

For his work, the U.S. Coast Guard Aviation Training Center Commanding Officer, Capt. W.E. Sasser Jr., sent Troyer a letter of commendation, saying in part, “The professionalism and expertise of your team helped my aircrew to safely navigate numerous hazards through the duration of the mission,” Capt. Sasser wrote. “Your [controllers] were directly responsible for saving a life. I commend your team for their hard work, dedication, and expertise! Bravo Zulu and Semper Paratus.”

You can read about all of the recipients and their stories here: 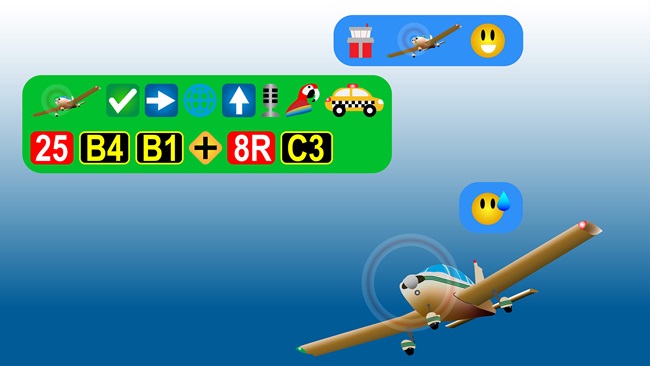