Stick to them regardless of the nonflying consequences 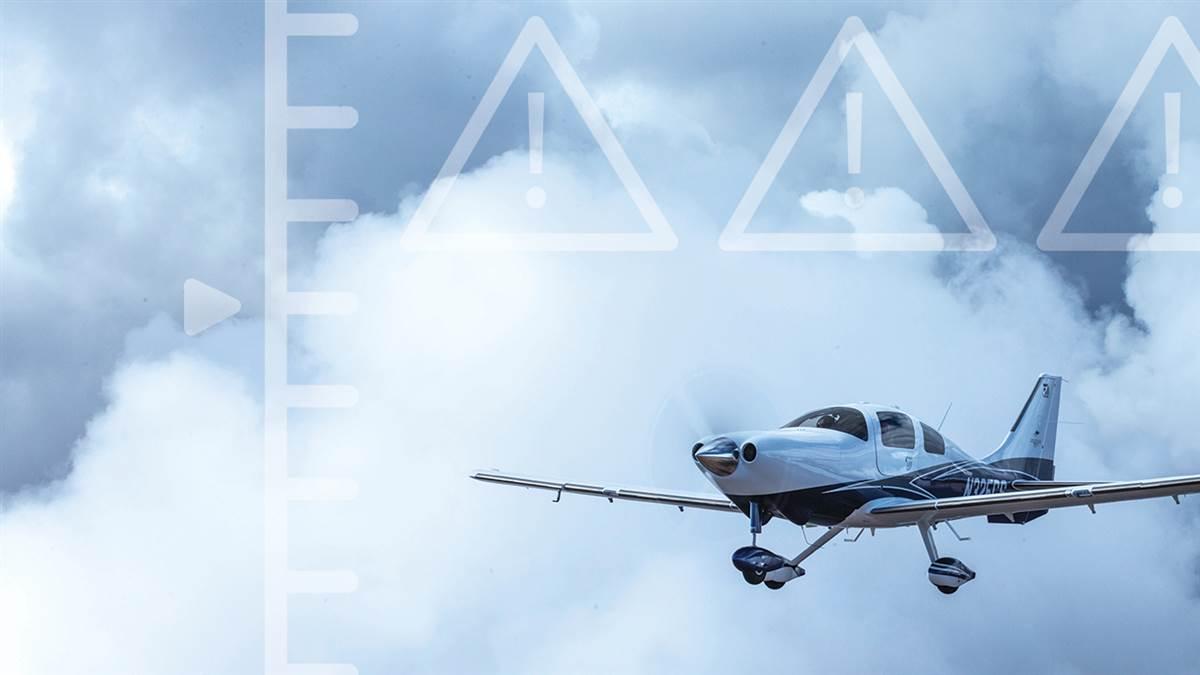 With four miles visibility, light rain/mist, and a 400-foot ceiling, the Skylane entered instrument conditions almost immediately after liftoff. About 600 feet agl, the pilot checked in with departure control and reported he was climbing to 3,000 feet msl. Although his clearance involved turning just 30 degrees to a heading of 140 degrees, the aircraft continued in a right turn toward the northwest and descended into terrain with no further transmissions from the pilot.

The final accident report has yet to be issued so the cause of the accident isn’t clear. What is clear and sobering is that there were many red flags before the takeoff roll even commenced. The pilot had earned his instrument rating the previous summer. Several weeks before the accident, he sold his Piper and purchased the Skylane with a new-to-him avionics suite. With his wife and brother on board, he departed for a long cross-country flight in the evening into low instrument meteorologic conditions. I see at least six red flags here: night flight, low IMC, new airplane, new panel, new instrument rating, and family aboard. Exactly how many do we need to see before we decide to tuck the airplane back in the hangar and exercise plan B?

I heard about this accident soon after it happened when a friend of the pilot called to fill me in. It especially stung because I met the pilot when, as an FAA examiner, I administered his private pilot practical exam. Examiners not only assess an applicant’s knowledge and command of the aircraft, but we judge decision-making skills, too. I’ve wondered many times since getting that call whether I missed a hazardous attitude that might have betrayed what was to come.

In preparation for the practical exam, it’s possible for candidates to focus on the maneuvers and miss the big picture. The goal is to certificate safe, capable, and knowledgeable pilots. So, in the private and commercial airman certification standards, setting personal minimums as a skill that must be tested. The Instrument Rating Airman Certification Standards include personal minimums as a risk item that can be tested at the discretion of the examiner. Regardless, failure to set personal minimums can be grounds for failing the practical exam.

Personal minimums should flex according to changing levels of proficiency. Most important, pilots should stick to them even if canceling the flight means losing a job.I inquire about personal minimums on every practical exam and it’s clear that some candidates don’t understand what they are. For example, in a recent exam when the candidate reported that we needed 31 gallons of fuel for the trip and he had included the FAA-minimum 30 minutes reserve fuel for a day VFR flight. I told him that the fuel system is down at the airport, the aircraft has exactly 31 gallons, and asked, “Would you go?” He squirmed in his chair and said it made him uncomfortable. After a pause, he said, “I’d make the trip only if I had to. Like if not going means I’m going to lose my job.” Sometimes being an examiner can be frustrating. An instructor who doesn’t help his candidate assemble personal minimums isn’t doing his job.

FAA reserves are generally insufficient because they need to apply to every person, aircraft, and flight scenario. Personal minimums provide the padding that accounts for our own level of proficiency, the specifics of our aircraft, flight environment, and external pressures that can make the flight more difficult. They should be assembled or updated when the pilot has time to honestly assess her abilities and never immediately preceding a flight. Personal minimums should flex according to changing levels of proficiency. Most important, pilots should stick to them even if canceling the flight means losing a job.

Flight instructors should assist their students in creating a statement of personal minimums. If you haven’t constructed your own, there are many resources with which you can start. For example, the AOPA Air Safety Institute offers personal minimums strategies and statement templates for both VFR and IFR pilots (airsafetyinstitute.org/VFR-IFR-Contracts). They follow the PAVE checklist in assessing the Pilot, Aircraft, enVironment, and External pressures. Assembling or updating your statement of personal minimums can be part of an effective flight review or instrument proficiency check.

An important part of a statement of personal minimums is a collection of strategies that mitigate risk. For example, if my rusty instrument skills are the reason for the no-go decision, I know of a host of flight instructors who can come along. That significantly increases the safety of the flight as well as my own proficiency for future flights.

But at times, enough red flags present themselves and all my risk-mitigation strategies aren’t enough to make them go away. When I consider a trip that I feel is necessary, I order backup airline tickets that can be canceled with little or no penalty or make plans to take my car. While I usually joke that flying commercially or driving is what other people do, many times each year, it’s exactly what I choose to do.