Get the app Get the app
AOPA Members DO more LEARN more SAVE more - Get MORE out of being a pilot - CLICK HERE
News & Media Red Flags During Preflight
Created by Aviation Supplies & Academics, Inc.

While proper checklist use is an essential part of the preflight inspection process, it is not completely foolproof. Distractions and interruptions are some of the biggest causes of checklist failure. 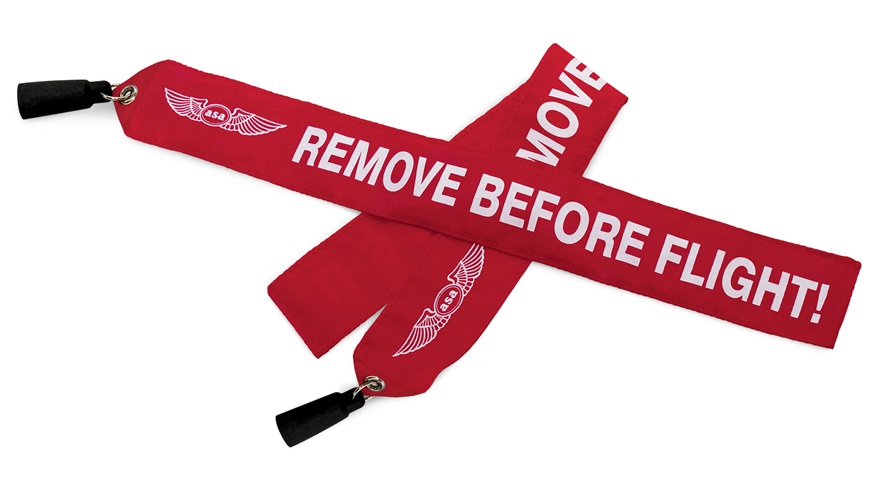 Years ago, a group of us went airplane camping in the Frank Church Wilderness of Central Idaho. I was flying my 1955 Cessna 180 that was always hangared. After spending the night, we decided to head to a nearby airstrip in the next canyon over to have breakfast at a backcountry lodge. During my preflight, some other pilots who were camped nearby came over to chat, and we talked about various things including weather, the day’s plans, and our airplanes. Then I loaded my passenger, a friend’s 13-year-old grandson, for the short flight. After run-up and pre-takeoff items, I took off on the long airstrip without issue. As discussed in Chapter 6, I had identified an abort point that was well down the airstrip and used an eyes-outside, correct pitch attitude takeoff, allowing the plane to lift off when it accelerated to flying speed. After liftoff, as the plane climbed out I heard a ‘whack-whack-whack’ sound and, suspecting the culprit, looked at my airspeed indicator.

Amy is the recipient of the 2022 National General Aviation Award for National Certificated Flight Instructor of the Year. She has been flying commercially and teaching backcountry flying for more than 30 years. She has over 7,000 hours of flight time, more than 2/3 of it in the Idaho backcountry, and is an original co-founder of the Mountain/Canyon Flying School in McCall, Idaho. She holds a Ph.D. in Education and is a Professor of Aviation at Central Washington University.

Then I looked out at the red ‘remove before flight’ hangtag on the pitot tube that was making all the noise. Fortunately, it was severe clear, and I knew how to fly the airplane by the way it looked, felt, and sounded, so I had no problem returning for a landing to remove the pitot cover. We took off again with no issues, and I deserved the ribbing I got at breakfast from all the other pilots who had witnessed my blunder.

We camped another night and the next morning readied to return to town. As I was preflighting my airplane, I felt a tap on my shoulder and turned around. My friend’s grandson had removed the pitot cover and now was handing it to me to stow in the cockpit.

The lesson learned that day is how easy it is to get distracted and miss checklist items. After I was interrupted, I should have started the walk-around inspection over again from the beginning, rather than continuing from where I thought I had left off. Additionally, I did not normally use the pitot cover in the hangar, which made it especially important to follow the preflight inspection checklist since it was not part of my normal habit to remove it during the walk-around.

Post-flight inspections are also very important. Amy suggests that while you are cleaning the bugs from the leading edges (and maybe the pitot tube), take a good look at your aircraft and note any new damage. And if a pitot tube cover checkbox is not already part of your preflight and post-flight checklists, consider adding it as a simple reminder.