Student shares love for aviation with classmates and community

Colorado high school student and Eagle Scout Andrew Walker has always had a passion for aviation, and started Monarch High School’s first aviation club, the Flying Coyotes, to connect with other aviation enthusiasts his age.

“I wanted to start the club so that I could connect with other aviation enthusiasts. I figured if I’m going to start ground school, I should at least try to help other students too,” Walker said. “We have about 10 students in the club so far. Most students are interested in general aviation though some want to go into aviation engineering, and one wants to pursue a career in the Air Force special forces.”

Starting an aviation club is easier with an airport nearby, and Walker was in luck with Rocky Mountain Metropolitan Airport being both handy and inclined to help the Flying Coyotes.

“I have guest speakers who are coming in to talk to us about what they do in aviation. We have had a flight instructor and a retired Navy fighter pilot. Soon the airport director for RMMA, Mr. Paul Anslow will come speak with us. We are currently planning on building our own flight simulator with the hopes of helping students learn more about flying aircraft.”

Walker told AOPA that the biggest hurdle to starting the club was himself. 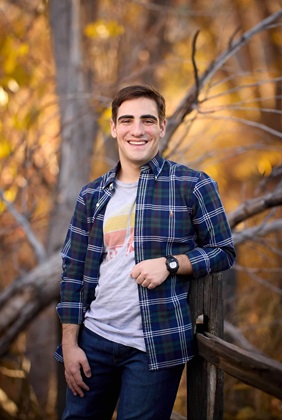 “The biggest challenge was getting myself to take the action to start the club. The process of forming the club was very straightforward and my principal and advisor were very supportive.”

Walker has this advice for fellow high school students thinking of starting a club of their own: “Just do it! if you want to start a club, go find a teacher sponsor, find students who want to participate, and start holding meetings. You have nothing to lose from starting a club. You will make new friends and find others who share the same interests as you.”

Walker not only shares his love for aviation with his classmates, but also with the local airport community through his Eagle Scout project. “I originally wanted to repaint the compass rose. I thought that it would be straightforward as it would be fun and very beneficial to the pilots flying in and out of RMMA. Unfortunately, at the time the FAA had just changed their guidelines for the placement of new compass roses. I talked with the airport management, and they said that they could use the help with repainting their segmented circle. This sounded like a great opportunity for me to do something that would make a difference, too. We also added reflective beads to help during night flights." 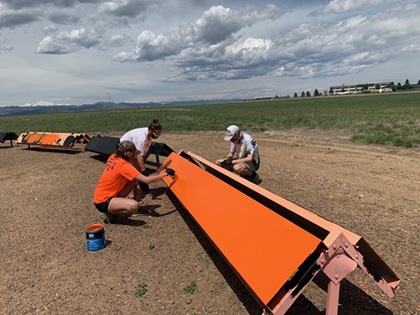 Changes to Walker’s original plan weren’t the only challenges he faced in the planning process. Safety concerns and COVID-19 also played a significant role. “The biggest challenge I faced was doing everything online during the pandemic, and that I was initially denied the project by my Boy Scout council. Because we were between the two runways at RMMA, [the] council was worried about safety in the event of an accident. I rewrote my proposal and offered a safety plan. So then, thanks to my Eagle project advisor, Mr. Hatch, he advocated for me and explained to [the] council this would be safe, so they approved me.”

Walker set up an online fundraiser and recruited volunteers online and and on flyers placed around the airport.

“I had a ton of help! My parents, my friends, members of my troop and the aviation community," Walker said, "People donated money, Home Depot donate[d] materials, and my troop members and friends volunteered their time to strip old paint then repaint the segmented circle. Thanks to the wonderful volunteers, my friends, and members of my troop we completed the project in just one day! I also had enough money to contribute to the purchase of their new lighted windsock which should be going up very soon.”

Not only does Walker have an interest in GA aircraft, but he also is interested in spacecraft. 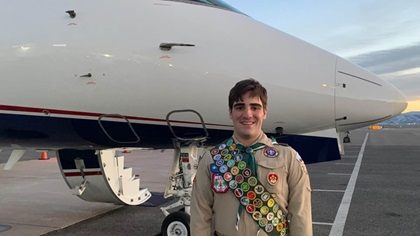 “My favorite plane is whatever plane I’m flying in. However, my favorite type of aircraft are lifting body spaceplanes such as the X-24A and the M2-F3. I love going through the NASA technical reports server and searching for the old projects and research."

When asked about his future in aviation, Walker said, “I want to go into medicine as a career. Flying would be for fun.”

Walker became an Eagle Scout on March 3 and plans to start his flight training right away.