Get the app Get the app
Already a member? Please login below for an enhanced experience. Not a member? Join today
News & Media Unusual Attitude 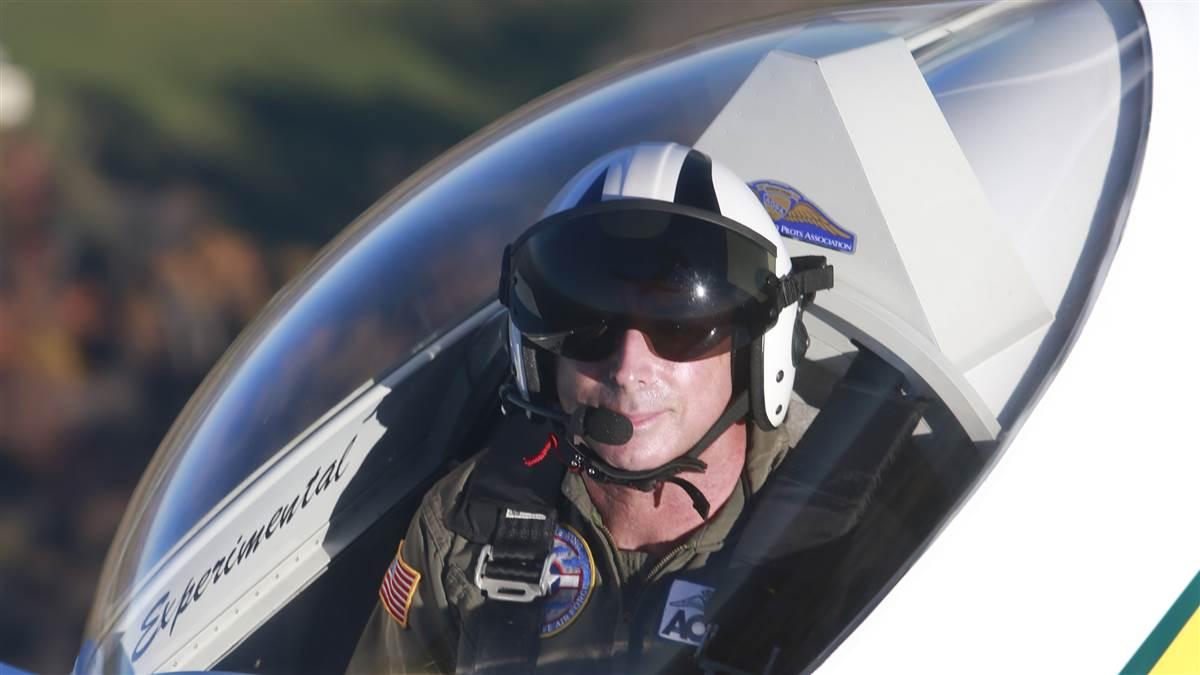 Editor at Large Dave Hirschman has been unapologetically wearing military surplus Nomex flight suits in aerobatic airplanes and warbirds for many years. Their only shortcoming, he says, is that they shrink over time. The ones he wore a decade ago are now unbearably tight around the middle.
[email protected]

The item I’m referring to is intentionally shutting down the engine in flight by pulling the mixture knob (and turning the fuel selector to Off). It’s listed in just about every piston-engine checklist I’ve ever seen as the correct response to an in-flight fire—but we seldom practice it for obvious reasons.

Shutting down the airplane’s one and only engine and becoming a not-very-good glider is a perilous emergency in its own right. But in rare cases of in-flight fire, it may be the only choice—and we may not have much time to think about it.

Chuck Cook, a Minnesota warbird pilot who survived a fire in his T–28 Trojan, shared some insights from the incident that apply to general aviation pilots, too.

Cook was flying his Trojan on a sunny summer day when a warning light signaled that the airplane’s generator had failed. He headed back to his home airport at Anoka County-Blaine (ANE) and faintly smelled something burning, which he attributed to smoke from a distant wildfire.

He entered the traffic pattern for landing and deployed the aircraft’s speed brake. As soon as he did, the cockpit filled with smoke. He opened the bubble canopy and lowered the landing gear, and then a roaring fire consumed the cockpit. He was only 15 seconds from touchdown at that point, but the fire was so fierce that he might as well have been many miles away. His flame-resistant Nomex flight suit helped, but it wasn’t nearly enough to protect him from extensive burns, and his feet, legs, and unprotected hands got the worst of it.

He crashed onto the airport grounds, crawled out of the cockpit and fell to the ground, and was pulled to safety just as the airplane was consumed by fire. Cook suffered extensive burns on 40 percent of his body, endured a two-month medically induced coma and 15 weeks of intensive care, and has had multiple surgeries and skin grafts that are still ongoing.

Some of his lessons learned are particular to warbirds: wear Nomex gloves on every flight; make sure there’s a quick-disconnect cord for your helmet; and practice emergency egress while wearing a parachute. Other lessons, however, apply to all GA aircraft: know your airplane’s systems and emergency checklists by heart—especially those that pertain to fire. And be ready to pull the mixture knob and the fuel selector to Off to shut down the engine in flight to prevent an engine-driven fuel or hydraulic pump from creating a catastrophic fire.

Once the fire started, Cook was so focused on flying and landing the aircraft that he didn’t consider pulling the mixture knob or cutting off the fuel supply. And frankly, in his retelling of the story, neither did I.

Pulling the mixture to idle cutoff and the fuel selector to Off might not have been enough to extinguish the fire. But it could have stopped the flow of fuel to the engine, and interrupted the circulation of hydraulic fluid throughout the landing gear, speed brake, and flap systems.

Pilots in emergencies revert to the things we know and practice. We typically think about how to keep the propeller turning and critical systems operating, and we practice them by switching fuel tanks, turning on fuel pumps, opening the alternate air door, or applying carburetor heat. We seldom practice intentionally shutting down the engine to prevent or extinguish a fire.

But after hearing Cook and thinking about the dire situation he found himself in, I’m going to focus on dealing with an in-flight fire during the quiet moments I sit in the cockpit alone, reviewing emergency checklist items. And I’m going to practice them in the simulator at high altitude during cruise, and low altitude during the approach and landing phase.

To hear Chuck Cook describe the T–28 fire in his own words, listen to the There I Was... podcast Episode 18.