Get the app Get the app
Already a member? Please login below for an enhanced experience. Not a member? Join today
News & Media What’d I do?

A type rating doesn’t mean you know everything

If you’ve yet to endure the two or three solid weeks of grueling classroom and simulator training known as initial training, you will, if you decide to call the cockpit your home. 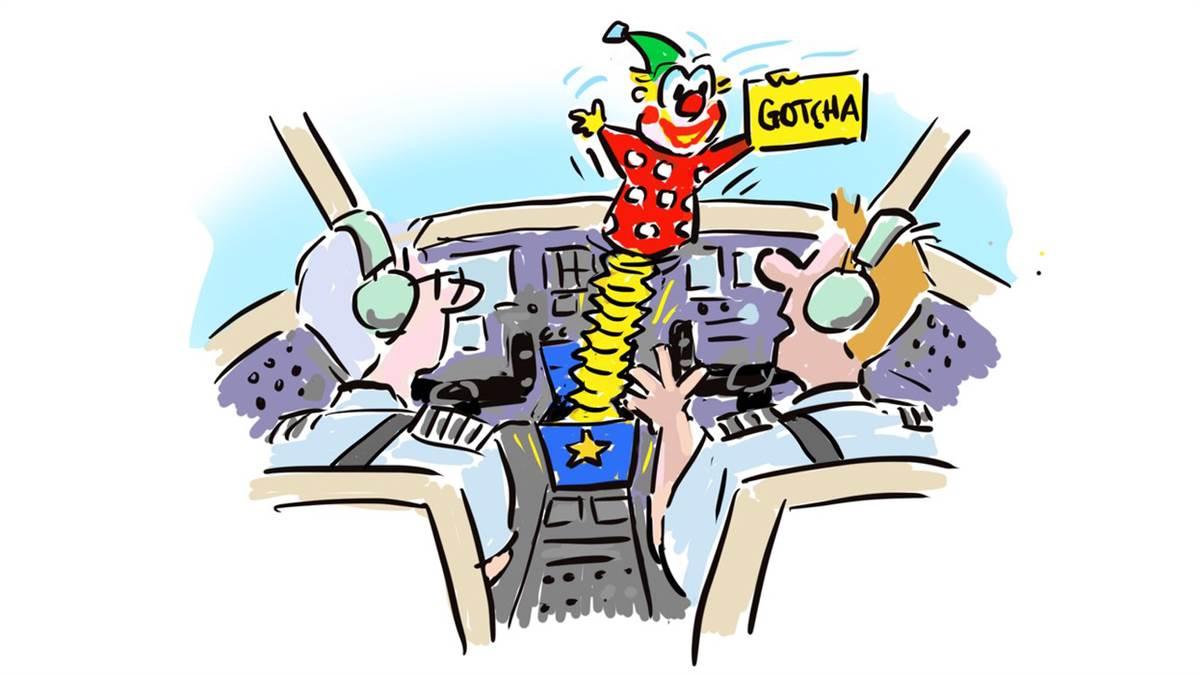 Initial training focuses on a single aircraft type, like a Gulfstream G500 or an Embraer Phenom 100. Training usually includes many classroom hours immersing yourself in aircraft systems, as well as memorizing dozens of aircraft limitation speeds and pressures as well as a few checklists you might need during an emergency.

The checklists document nearly every imaginable procedure from the preflight walkaround, to an auxiliary power unit start, a cabin depressurization and the steps you should take if the right generator fails. Training also introduces you to the specific flight profiles for takeoff, climb, and approaches, such as power setting and airspeeds. Think of the profiles as a rough outline of how to begin actually flying the aircraft that you’ll use in the simulator. And those simulators are the closest thing you’ll find to being in the airplane. All the training helps focus you on just one thing: successfully passing a checkride, also known as the type ride, that leads to the coveted aircraft type identifier being added to your pilot certificate.

So intense is training at places like FlightSafety and CAE that it’s often referred to as the fire hose method of learning. Open wide and ready or not, they jam the all the aircraft knowledge they can down your throat. Over the years the simulators have become so realistic that a trainee can earn a jet type rating without having set foot in the airplane, maybe even without ever having seen a photo.

Such was my introduction many years ago to the Citation 650, Cessna’s first swept-wing airplane. The week before I arrived at FlightSafety in Wichita, Kansas, I’d been hired as a co-captain on the 650 in Chicago. I’d logged a few hours in the right seat while I worked at my previous job, a Part 135 charter company. I arrived for my first day of work a month later with a fresh “Ce650” brand on my temporary airman certificate assuming I had a pretty good handle on how the airplane worked. That all went down the drain when one of the other pilots gave me a tour of the 650 I’d be flying, and I struggled just to open the door properly. Sure, the type rating meant I could eventually fly from the left seat, but I’d soon come to learn there was much about this speedy bird that I didn’t learn at FlightSafety.

“No, I didn’t,” I said defensively. It wasn’t until we were parked at the gate and everyone else had left the airplane that we pulled out the pilot’s operating handbook and found what we needed.I’d probably reached my second or third month of flying the line in the 650 when I was assigned a day trip with my boss in the left seat and me in the right, headed for Nashville, Tennessee. It was my leg so of course I wanted to impress everyone with my flying skills, including the big boss and a few of his comrades sitting in the cabin. The weather was clear and the ride to Nashville International Airport (BNA) from Chicago Executive Airport (PWK) took about an hour. Arrival preparation went pretty much the same way it had for past flights. We saw the airport from at least 20 miles out and the runway layout made identifying Runway 20L a snap. “Tell them we have the airport, please,” I said as I punched the big red button on the control yoke to disconnect the autopilot and the yaw damper. Closer in on a right base with the gear down, the tower cleared us to land, and I made a final gear and flaps check. Everything seemed normal. At a mile on final, I clicked the red A/P disconnect button one more time just to be sure I was in charge of this beast.

All looked good as the tires on the main gear squeaked their approval of my descent rate to the hard surface. Once I touched down, I asked my boss to deploy the speed brakes as I gently lowered the nose to the runway. With the thrust reversers also deployed, the airplane began to slow, and my boss casually called “my airplane,” a normal procedure since there was only a nosewheel steering tiller on the left side. As he grabbed the tiller to prepare to turn off on the taxiway, we realized the airplane seemed to have other ideas as it began drifting toward the grass between the runway and the taxiway. Almost at the same moment, we both yelled, “What the hell?” He climbed on the brakes hard and brought us to a stop with the nose of the 650 still on the runway but hovering just over the grass. He quickly looked over at me: “What did you do?” I had no idea.

“No, I didn’t,” I said defensively. It wasn’t until we were parked at the gate and everyone else had left the airplane that we pulled out the pilot’s operating handbook and found what we needed. Buried in the text about nosewheel steering operation, Cessna explained, “Once the landing gear is down and locked, a second click of the A/P disconnect switch will disconnect the nosewheel steering.” To this day, I have never been able to figure out why that feature exists, nor have many Citation pilots I’ve asked. I’d never learned about that at school and neither of the other two pilots in our department ever warned me about it. Of course, I didn’t need another warning; I never did that again.

As I would learn over the years, there are plenty of gotchas in airplanes and avionics of all kinds. Some of these quirks simply make flying easier and more efficient, while a few are confusing enough to be downright dangerous.

The Garmin folks told me about a few. Luckily none are going to send you into the bushes if you miss them. Kyle Ludwig, a marketing manager for aviation products at the Kansas avionics builder, told me folks often miss the new visual approach feature Garmin added. Using it “puts you at a three-mile final at 1,000 feet agl. This works in the G1000, the 3000, or with any of the jets.” The autopilot will track to that point and makes visuals to a strange airport from 10 miles out even at night look completely coordinated.

Wayman Luy offered another on the TBM 900 series. Luy is director of training and standards at Daher Aircraft Inc. “There’s a button on the backside of the right-hand yoke of each control wheel that activates another cool Garmin radio feature. Press it once, it switches Com 2 frequencies from active to standby. But hold that button for more than two seconds and it automatically changes the radio frequency to 121.5.” Pretty neat, but easy to forget.

Rob Mark is an aviation journalist and the publisher of JetWhine.com