Most of us learned our preflight inspection rituals from our flight instructors. We followed them around the airplane, checking the oil, sumping the fuel, looking for bird’s nests, and swinging control surfaces back and forth…rarely understanding what we were actually looking for. 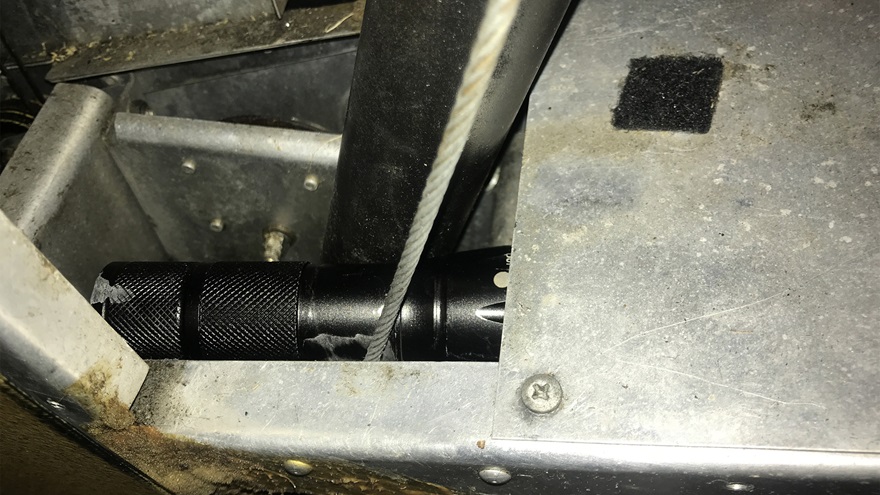 A pilot experienced rudder control issues in flight. Upon inspection, a flashlight was found wedged between the center control column and the rudder cable. Photo by Jeff Simon.

That’s a shame, because there is a world of difference between the rote following of a generic walk-around checklist, and true evaluation of an aircraft’s preflight condition. And that difference can prove critical to flight safety.

Consider a recent incident that occurred with a rental aircraft. The pilot preflighted the aircraft as he had been taught with no discrepancies noted. As he taxied out to the runway, he noticed that one rudder pedal felt lighter than the other, but decided to continue. As the aircraft rotated for liftoff, he was alarmed by the constant right rudder input required to keep the airplane flying straight. He carefully completed a closed pattern and returned safely to the airport.

I happened to be at the airport at the time, so he called me over to take a look. A brief inspection under the panel revealed that one of the rudder springs had come off. More concerning was the flashlight that I found wedged in between the center control column and the rudder cable. It had been there some time, as the cable had sawed partially through the metal flashlight and the control column was rubbing against the flashlight as well. The jammed flashlight caused the slack in the cable, which in turn had allowed the spring to come undone. Had the control column fully jammed, the undiagnosed issue could have had dire consequences.

Understanding how every system on an aircraft works is critical to being an informed, safe pilot. When pilots understand how things work, they have an innate ability to spot issues during a preflight inspection. They also have a better sense for how to deal with problems that occur in flight, and how to react to them in a calm and constructive manner. That said, we shouldn’t place the entire burden of this education on flight instructors. Mechanics can play a vital role in pilot education if we deliberately design it into our flight training.

Imagine a world where student pilots attend a mechanic-led seminar in the maintenance hangar, reviewing the systems and common failure modes of the aircraft that they fly. Mechanics would be paid for instructing, as their time and expertise is valuable. The class could be conducted while an aircraft is opened up for inspection, allowing pilots to see how all of the systems work and learn what to watch out for during preflight inspections. In a few short hours, we could teach more about evaluating the health of the aircraft than many pilots learn during a decade of casual flying. 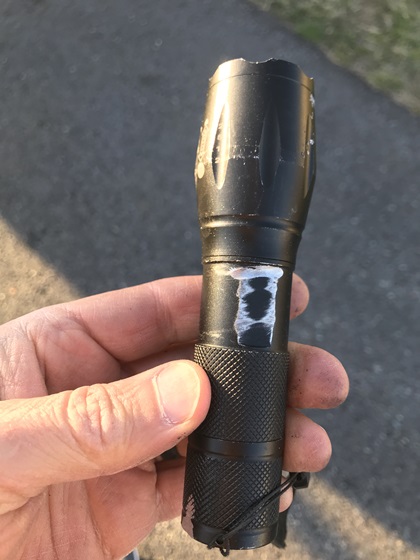 If the pilot-mechanic relationship begins during flight training, we all benefit. Pilots will be more informed, fly more safely, and communicate better with the maintenance facilities that keep the aircraft in the air. As an added benefit, pilots who are educated about aircraft systems and maintenance are more likely to become aircraft owners. It all starts with a mechanic-driven preflight inspection designed to move pilots beyond the checklist, to a real understanding of the aircraft.

For those of you planning to attend EAA AirVenture Oshkosh July 25 through 31, I will be presenting a seminar on mechanic-driven preflight inspections on Wednesday at the National Association of Flight Instructors tent, along with Capt. Brian Schiff. I hope to meet some of you there! Until next time, I hope you and your families remain safe and healthy, and I wish you blue skies.