A May 10 statement from the FAA cast doubt on ambitious timelines for bringing a new generation of electric vertical-lift aircraft into service, as the agency shifted attention to how pilots will be trained and qualified to fly them. 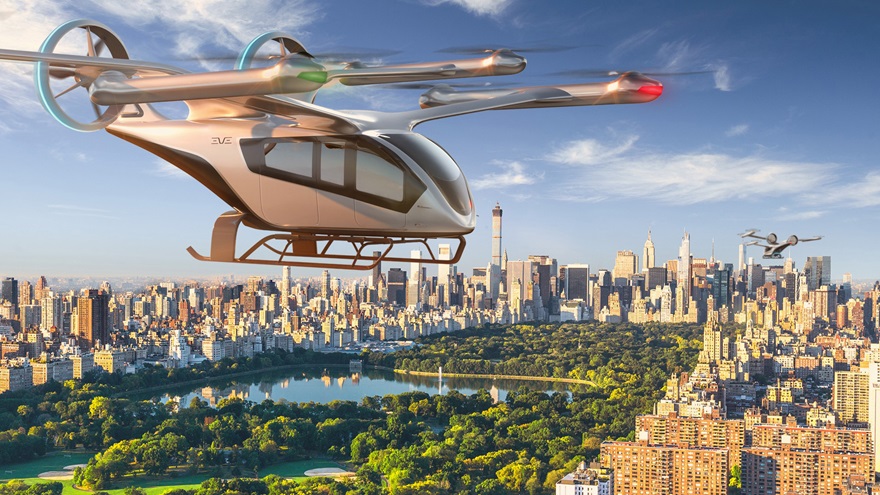 Brazil's Embraer published a concept of operations May 4 for the Eve eVTOL, and announced on May 10 that Eve will continue a strategic partnership with Embraer following Eve's acquisition by a special-purpose acquisition company that infused $377 million into the company now listed on the New York Stock Exchange. Also on May 10, the FAA announced that it is "pursuing a predictable framework that will better accommodate the need to train and certify the pilots who will operate these novel aircraft." Image courtesy of Embraer.

A report published May 9 by The Air Current touched off a flurry of media attention and questions about the FAA's approach to managing the arrival of eVTOL designs that have collectively drawn billions of dollars from investors eager to be a part of aviation’s next transformation.

An agency spokesperson provided a written statement that clarifies the agency is focused on pilot training, and that there are no plans to alter the path for certification of the aircraft being developed by many companies in many countries.

“The agency is pursuing a predictable framework that will better accommodate the need to train and certify the pilots who will operate these novel aircraft,” the FAA wrote. The agency responded to a request to further clarify whether that means eVTOL pilots will need to have powered-lift category ratings, or if the agency will eventually create a new category and/or type rating(s), with: “We’ll get back to you.”

The news was not welcomed by General Aviation Manufacturers Association President Pete Bunce, who told Reuters in an email that the apparent crew qualification course correction is “in our minds detrimental to safety, and increases the workload on the FAA dramatically. This is bad policy for so many reasons.”

The question of crew qualification could crimp the potential pilot pipeline as the first aircraft cross the certification finish line. A host of companies, some backed by major automotive firms, others by airlines or airframers, along with well-funded startups such as Beta Technologies in Vermont, have set ambitious goals for entry into service—some hope to achieve that in 2024, or even sooner. Beta Technologies, distinct in several respects from many other eVTOL aspirants—including in the company's plan to focus on cargo first, passenger service later, in the interest of speeding entry into service—did not immediately respond to an inquiry about the FAA's newly stated position on pilot training.

“Our process for certifying the aircraft themselves remains unchanged,” the FAA wrote May 10. “All of the development work done by current applicants remains valid and the changes in our regulatory approach should not delay their projects.” 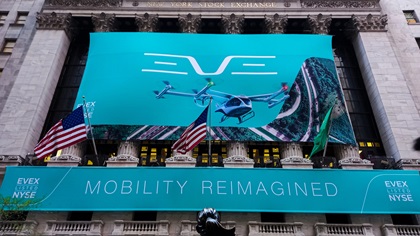 Embraer announced May 10 that the sale of Eve UAM LLC to Zanite Acquisition Corp. (a special-purpose acquisition company of the type that has been a popular choice for eVTOL aspirants raising development dollars) closed the day before, and Eve Holding Inc. began trading on the New York Stock Exchange, with Eve's management unfurling a banner on the front of the exchange and taking part in the ringing of the opening bell.

While automation might help close the gap between supply and demand of trained pilots, particularly if airline pilots are required to go back to school for powered-lift certification or ratings, the wider field of eVTOL contenders has been cautious in its collective approach to automation. While some envision launching fully automated aircraft able to use all available payload for paying customers and their luggage, others, including Beta Technologies, have expressed the belief that such a combination of novel aircraft and novel aircraft control would significantly delay entry into service.

Embraer announced May 6 that it is testing autonomous flight systems for use in “complex urban environments,” and completed “seven full days” of real-world testing in collaboration with firms (including Iris Automation) that are developing sophisticated sensor and aircraft control systems.

“This project allowed us to evaluate technologies in real-time and also collect lots of data that will later be used in simulations,” said Julio Bolzani, head of autonomous systems at Embraer, in that news release. “It is important to note that we are not going straight to fully autonomous operations. As Eve begins operations, pilots will be on board and will also benefit from the application of these technologies through a safer and simplified vehicle operation until we reach a fully certified autonomous flight system for Urban Air Mobility.”

Aviation analyst Richard Aboulafia noted that pilot certification is not the only hurdle that eVTOL aircraft (the endurance of which is inevitably limited by battery chemistry and physics) or the concept of UAM operations will face.

“It certainly isn’t welcome news for the theoretically emerging new sector, but then again I was uncertain about how they would overcome existing 30 minute reserve requirements anyway,” Aboulafia wrote in an email, adding that the agency’s cautious approach is “also quite understandable given the new technology [that] is embedded in the aircraft.”

Aboulafia said the questions that have arisen around pilot certification in the context of novel aircraft designs remind him of the Bell/Agusta turned AgustaWestland turned Leonardo AW609, a tiltrotor VTOL aircraft with traditional twin-engine propulsion designed decades ago to be a civilian version of the Bell Boeing V–22 Osprey. The original Bell-Boeing partnership on military and civilian tiltrotor designs dates to 1996, when the civilian aircraft program was announced, and the currently active program, the Leonardo 609, has not yet been certified.

“It has become the classic ‘maybe next year’ story,” Aboulafia said of that effort.

While electrification of the propulsion adds further complexity to the certification puzzle, Aboulafia does not expect investor enthusiasm will be dampened by the FAA’s cautious approach:

“Given the high level of magical thinking and delusionality that comes with these investors going into this space, I can”t imagine that it will make a difference.”