Have you considered donating your aircraft?

Did you know that the 2022 Sweepstakes Tiger was donated to AOPA? 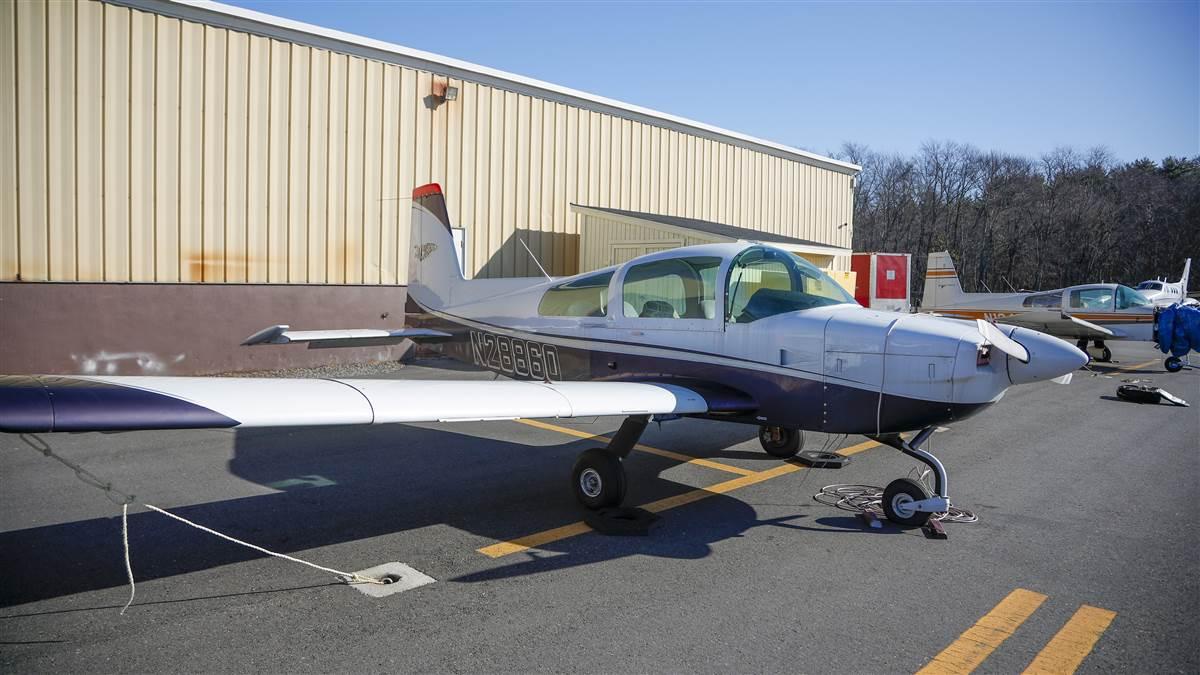 The Give Wings aircraft donation program is a quick, easy, and beneficial way to find a new home for your aircraft while supporting general aviation through the work of the AOPA Foundation. The Give Wings program can allow aircraft donors to enjoy significant tax benefits by claiming a tax deduction equal to the gross proceeds of the sale. In addition to the tax advantages, donors can take pride knowing their aircraft donation supports initiatives that are building the pilot population.
aopa.org/givewings

Call Becky Johnston in the AOPA Foundation (301-695-2274, [email protected]) or Rodney Martz in AOPA’s Pilot Information Center (800-872-2672) to talk about values, airworthiness, and logistics. We work to be transparent and have been fully successful to date.

1978: The banner year in which approximately 18,000 single and light twin-engine aircraft were sold in the United States.

Massachusetts residents Derrell Lipman and his wife, Shelley Rosenbaum Lipman, gifted the Grumman Tiger they had owned since 1990 to the association for consideration for its sweepstakes program, which benefits members by promoting aviation, the organization, and growing the pilot population (see “AOPA Sweepstakes: Tiger Transformed,” p. 50).

Bruce Williams, a flight instructor, aviation writer, and former Microsoft manager who played major roles in the company’s highly successful Flight Simulator programs, recently donated his Extra 300L, which he had owned for the past two decades. Williams was sure his airplane has lifesaving lessons to teach, and the AOPA Air Safety Institute could reach the largest number of general aviation pilots and help them avoid loss-of-control accidents, the single largest cause of fatal crashes. AOPA Air Safety Institute Senior Vice President Richard McSpadden enthusiastically backed the idea, and other association leaders saw roles for the specialized airplane in initiatives including AOPA’s high school education program and fundraising. AOPA will use the gently flown aerobat in videos and publications for its work in safety programming through the AOPA Air Safety Institute.

AOPA uses donated aircraft in its current flight and business activities. For example, Murray Patkin of Massachusetts donated his Beechcraft Bonanza A36 to the association, and we use it for AOPA travel. Jerry Wipper of California donated his Van’s RV–12 to AOPA and we use it for training and proficiency. In addition, several generous members have donated their aircraft that AOPA then resells to benefit the work of the AOPA Foundation, which funds the missions of the You Can Fly program and the AOPA Air Safety Institute.

Proceeds from the sale of donated aircraft are used to support a variety of programs through the AOPA Foundation such as ASI’s safety seminars, courses, and video production, and the You Can Fly program’s initiatives that are getting and keeping more pilots flying. In short, your aircraft donation can help build a stronger, safer pilot community for the future. [email protected]