New approach training takes the decision-making out of go-arounds

Editor's note: The printed version of this story incompletely described the process of deciding to initiate a go-around. The go-around should only be initiated if the pilot doesn’t believe he can correct the situation before the next gate.
David Miller, director of programs for the Citation Jet Pilots Safety and Education Foundation, said it best: “The go-around button doesn’t have an owner’s manual.” 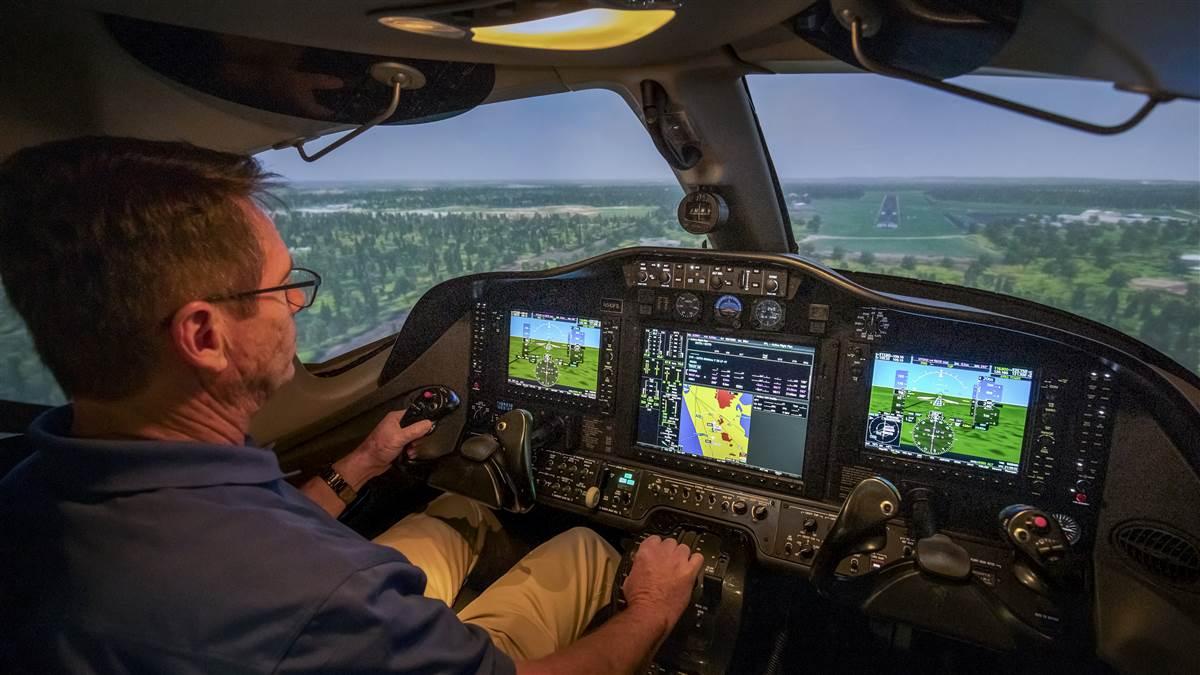 While we practice go-arounds in the sim, we seldom do them in the real world. However, accident data suggest we should judiciously use them when an approach isn’t going as planned. However, for the most part we are not given the tools in training we need to assess how well the approach is proceeding, especially in the final 1,000 feet and particularly in the final 200 feet. “I had no idea from 200 feet to the threshold—no idea of the science in the final 200 feet,” Miller said recently in describing the result of a go-around study conducted for the association.

While the Cessna CJ fleet has a good safety record, it, like many business jet and turboprop fleets, has a problem with runway excursions. Thanks to aggressive moves to educate its members, CJ Pilots association members—owning about 1,000 airframes—had zero accidents between October 2020 and mid-January 2022, a 16-month period. However, during that same time there were 51 Citation accidents or incidents—those occurring to the remaining 7,000 or so airframes not a part of CJP.

While the CJP group has an excellent trend going, there will be more incidents. In fact, on average, two times per month or more a business jet has a runway excursion, and a repair cost of $1 million is not uncommon, according to CJP officials. Eighty percent of runway excursions occur in visual conditions.

And it’s not a new problem. “Approach and landing accidents have been a problem for five decades,” stressed Martin Smith. “And most of those could be solved with a go-around.”

Smith is co-founder and CEO of Presage Group, a consulting firm that has helped airlines overcome seemingly intractable safety problems. However, go-arounds themselves are also risky, so the better solution is to establish parameters for a safe approach that leads to a successful landing. 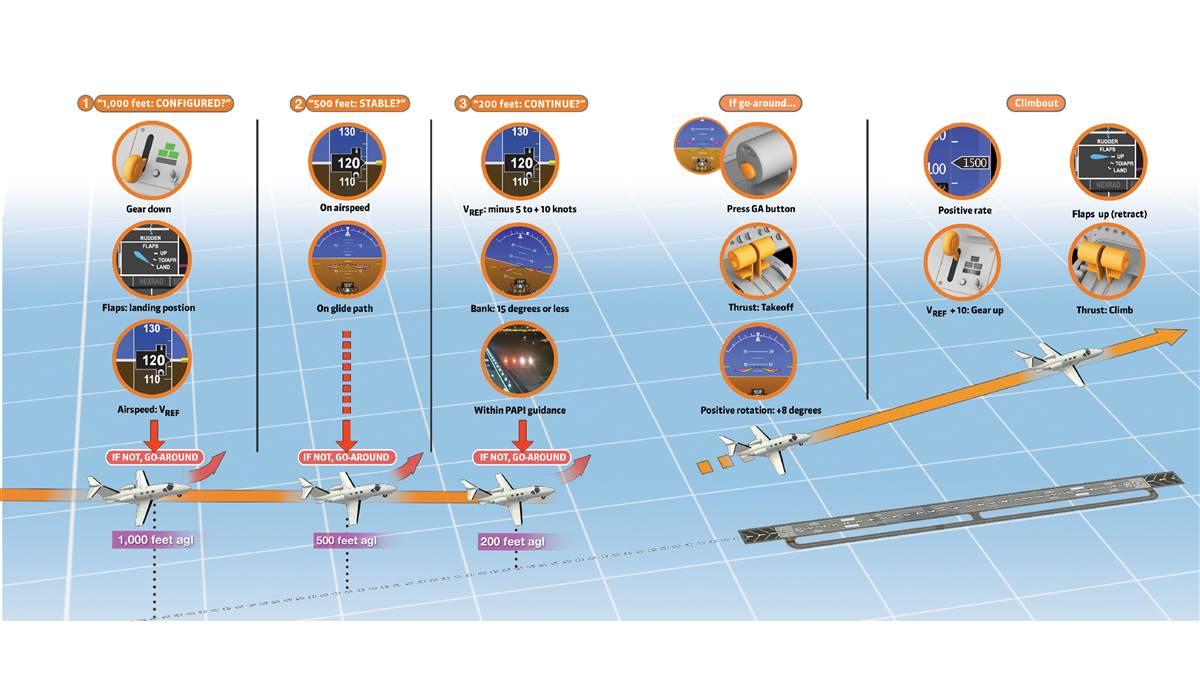 If the pilot is not within parameters at the 1,000-foot or 500-foot gate and doesn’t believe he can correct the situation before the next gate, he should go around. If out of parameters at 200 feet, go around.
Illustration by Charles Floyd 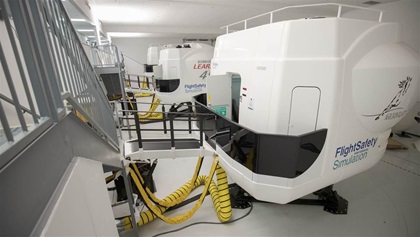 Smith, a longtime pilot, saw the landing accident patterns and championed the idea that his company’s software tools could make a difference. The CJP leadership team, seeing the evidence, listened and agreed to survey its members about their experiences related to unstable approaches and go-arounds. The Presage Group examined the results from the 210 survey responses and, using its proprietary data analysis tool, came up with recommendations on how to change pilot behavior to reduce the number of unstable approaches and to increase the likelihood that a pilot will recognize when to go around.

A volunteer group of CJ pilots met in Wichita, Kansas, late last summer to look at the recommendations and figure out how to turn them into useful practice in the cockpit. Presage then oversaw a two-part study at FlightSafety International. Some pilots were put into a Citation simulator and asked to fly approaches, per normal. They were not given any particular coaching. Several variables were introduced as they did multiple approaches while their performance was recorded. Another group of pilots was given training in some new techniques developed by Presage and CJP to help pilots measure the precision of the approaches as they progressed, especially during the descent from 1,000 feet to the threshold.

I was among the CJ-rated pilots who participated in the exercise. Three of us from various aviation publications were coached in the new techniques then had the chance to put them into practice in a Cessna Citation Mustang simulator. We were placed on final 12 miles out on the Runway 28 RNAV approach to East Hampton Airport in New York and asked to hand fly to the runway. On some approaches there was nothing unusual. In others, turbulence cropped up or winds shifted during the approach—nothing dramatic, but enough to destabilize the airplane and require some thrust and flight control changes. 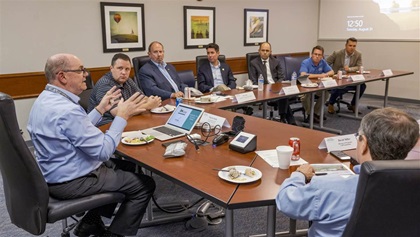 The training tools provided from the study are simple, only asking that you note—and say out loud—the status of the approach at three gates: 1,000, 500, and 200 feet. For example, at 1,000 feet the callout is: “1,000 feet—Configured.” If gear and flaps are down, you continue. If not, the pilot may still continue if they believe the condition will be rectified by the next gate, otherwise, go around. The next callout is “500 feet—Stable.” If not on airspeed or glidepath—and not easily fixed prior to the next gate, go around. And at 200 feet, the call is “200 feet—Continue.” If out of parameters, go around. This allowance to continue past a gate when slightly exceeding the optimum condition is a significant change from past policies. This gives the pilot “permission” to continue and fix minor instabilities, rather than initiate a go-around that really isn’t necessary. This is more realistic and makes sense to the pilot, which results in overall better compliance.

“You’re putting yourself on notice that something is not right—rather than waiting to 200 feet and then deciding” things are not as they should be, Charlie Precourt explained to the group. Precourt is a former astronaut, safety expert, and chairman of the CJP foundation’s safety committee. Two hundred feet is the limit, not a decision point. “If not within parameters, I’ve already decided earlier, I’m going around.”

The participants often described the process as “priming the pump.” As you descend down the approach—a narrowing funnel—the demand for precision increases and all along at each of the gates you’re either within the parameters or not, and if not and not correcting, you’ve already made the decision to go around. By asking the questions at each gate, you’re priming the pump, giving yourself permission to go around, explained Smith.

With some coaching from Smith, I was able to incorporate the callouts successfully during my simulator session. Most of the approaches went well, with me well within parameters. However, the flight isn’t over at the 200-foot mark. Fifty-two percent of landing accidents occur after a stable approach. Things can still go south even after the pilot believes she has the runway made. On one of my simulated approaches, for example, after passing through 200 feet, a wind shift caused me to drift to the side of the runway. I began calling out “drifting, drifting” as I attempted to correct, but quickly decided I couldn’t safely make the runway and I went around.

CJP’s guidance is that at 200 feet, the airplane be at VREF minus 5 to plus 10 knots; no more than 15-degree bank angle, within the runway edge lines, and within the precision approach path indicator (PAPI) guidance.

To help with the touchdown phase, the new training encourages pilots to identify the touchdown point limit (TPL), something that can be done before takeoff by looking at a runway chart or Google Earth image. The touchdown zone is the green zone from 500 to 1,500 feet down the runway, the warning zone is yellow—more than 1,500 feet, but less than red TPL, which is calculated based on POH data. The TPL is the place on the runway, visually identified by a taxiway intersection or some other point at which the decision to go around has already been made. If the airplane isn’t down by that point, there is no decision to be made—you’re going around.

Leadership at CJP, including CEO Trent Corcia, have dubbed the new training program “Safe to Land.” The organization will be working with FlightSafety to create training materials, videos, cockpit cards, and other resources to help CJ pilots adopt the new guidance. However, all the CJP foundation materials are available to anyone, including their YouTube videos. The team cautions, though, that the callouts and performance limits established in the Safe to Land materials are for Citations. Other aircraft models will have their own standards.

Smith said he expects other pilots will benefit from the work. What Presage has seen with the training it has done at airlines is that other pilots see the behavior of trained pilots and begin to mimic it.

Piyush Gandhi, vice president of operations and business development at Presage and a former test pilot, agrees. “I’m thinking about things I didn’t think about before. It’s contagious.”

Corcia flies a Piper Navajo but has adapted the training to his own operations. “I’m now spring loaded to go around in the Navajo. We’re changing behavior here.”

Thomas B. Haines is the former editor in chief of AOPA media. 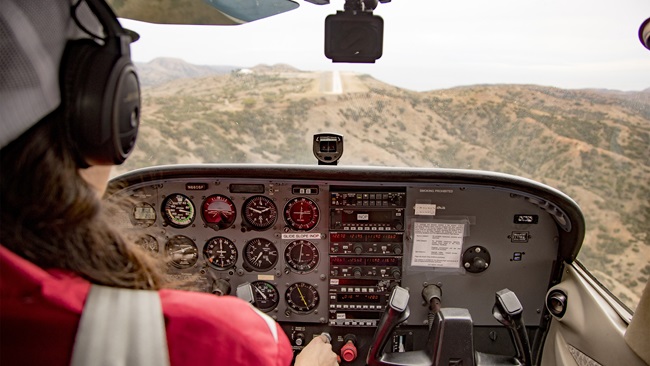