Anatomy of the low-altitude skidding turn

Those who have been reading my monthly “Proficient Pilot” columns in AOPA Pilot might recall that my first instructor was somewhat of a sadist. 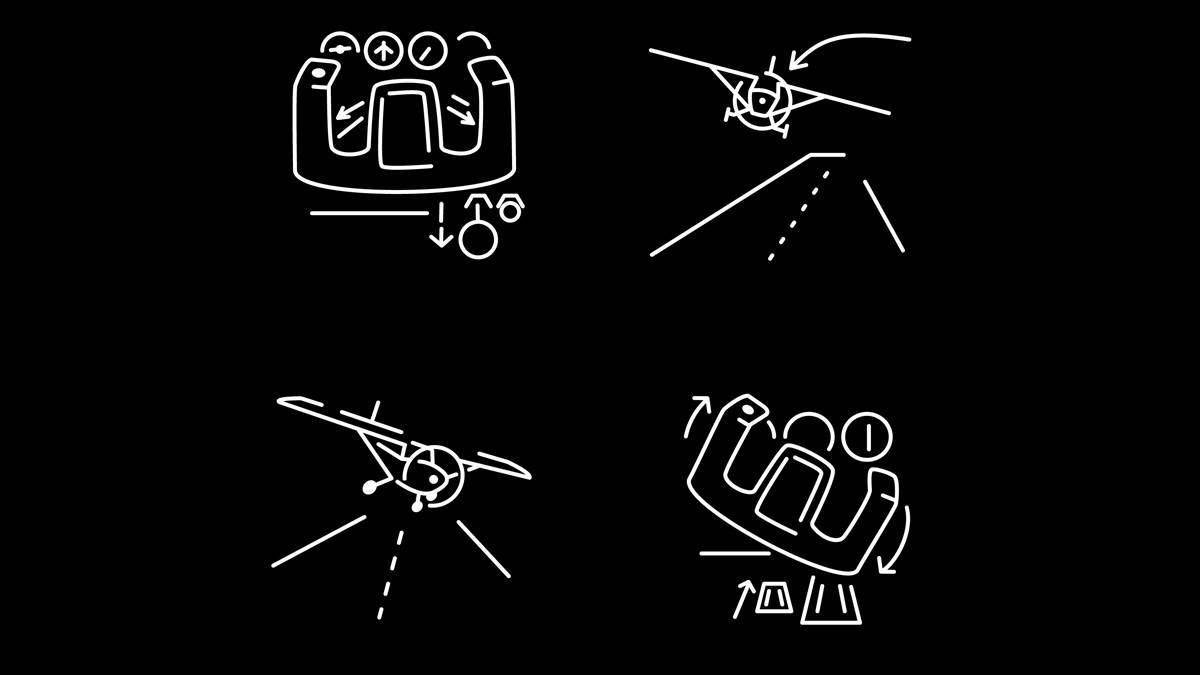 Sitting in the back seat of the Aeronca Champ, he would take delight in swatting me on the back of the head with a rolled-up sectional whenever I failed to maintain the proper glide speed during power-off approaches. He did the same when I allowed the slip-skid ball to wander off center, which seemed to be every time I rolled into or out of a turn. Mike Walters taught me well how to make coordinated turns, but he never explained why it was so important.

Most unintentional slips and skids are unnoticeable indiscretions. Sometimes they are minor annoyances. Occasionally, though, they kill people.

One of the most dangerous and insidious forms of uncoordinated flight is the inadvertent, low-altitude, skidding turn. It occurs most frequently in the traffic pattern when turning from base leg to final approach.

In either event—or sometimes because of both—the pilot peripherally senses increased groundspeed and subconsciously perceives this as excess airspeed. Without so much as a glance at his airspeed indicator, he tends to unwittingly respond by applying back-pressure to the control wheel (and possibly reducing power), thus causing airspeed to wane. A similar speed bleed occurs when a pilot low on altitude misguidedly attempts to stretch his glide by raising the nose.

The next step in the low-altitude skidding turn occurs while turning from base to final. If the aircraft has a faster than normal groundspeed while on base leg, the turn onto final will require more space and consequently must be started sooner than usual. For example, a pilot might ordinarily begin turning final when viewing the approach end of the runway at his 10 o’clock position. But when flying a fast or tight pattern, the same turn must begin earlier, such as when the runway is sighted at the 11 o’clock position.

Often, however, the pilot is unaware of the need to begin turning sooner. As a result, the aircraft begins to overshoot final approach. This means that the turn must be steeper than usual to align the aircraft on final while there is still enough room to do so—especially when turning onto a relatively short final approach. Many pilots, however, are ground shy. They are apprehensive about making steeper-than-usual turns near the ground, an ordinarily healthy attitude. As a result, the turn onto final approach might be too shallow.

A shallow bank angle, however, results in a large turn radius and low turn rate. If the aircraft does not turn rapidly enough to become aligned with the runway, a pilot reluctant to steepen the bank might instead and unwittingly apply bottom rudder to force the nose to come around. This also causes the bank to steepen, which is what the pilot wanted to avoid in the first place.

Skidding means that the airplane is flying somewhat sideways, which creates additional drag. This reduces glide performance and might cause the pilot—in another misguided attempt to stretch the glide—to raise the nose and decrease airspeed even further.Overbanking caused by excessive bottom rudder application is a result of the outer wing being sped up and generating more lift than the inner wing. To counter this increasing bank angle, the pilot subconsciously applies opposite aileron. This combination of bottom rudder and top aileron places the airplane in a skidding, cross-controlled turn. (The most extreme skidding turn is a flat turn; yaw is induced with rudder while substantial opposite aileron is applied to maintain a wings-level attitude.) Because excessive bottom rudder applied during a turn also causes the nose to go down somewhat, the pilot may unwittingly offset this by pulling back farther on the control wheel, thus inducing a further erosion of airspeed.

A noteworthy aspect of a skidding turn is that the nose always points inside the turn. (During a slipping turn, the nose points outside the turn.) This can cause a pilot to perceive that the airplane is turning faster than it really is.

Skidding means that the airplane is flying somewhat sideways, which creates additional drag. This reduces glide performance and might cause the pilot—in another misguided attempt to stretch the glide—to raise the nose and decrease airspeed even further.

Holding the control wheel (or stick) to the right while in a skidding left turn means that the left aileron is deflected downward and behaves much like a wing flap. That is, the lowered aileron increases the angle of attack of the left (or inside) wing. Conversely, the right aileron is deflected upward, which decreases the angle of attack of the outside wing. This is a way of explaining that if sufficient back-pressure is applied to the control wheel during a cross-controlled, skidding turn, the inside wing will stall well before the outside wing.

Such an asymmetric stall often occurs with the nose below the horizon. Unfortunately, modern training methods do not adequately prepare a pilot to anticipate stalling in a nose-low attitude. Instead, stalls normally are associated—because of the way we practice them—with an exaggerated nose-high attitude.

And because the airplane is skidding, the nature of the stall is different than we would ordinarily expect. During conventional stalls in typical general aviation aircraft, the stall usually begins at the trailing edge of the wing root and spreads (or propagates) forward and outboard (spanwise) as the stall deepens. As a result, the outboard portion of the wing—including the aileron—often does not stall at all. This provides a measure of stability to the stall and explains why airplanes usually tend not to roll right or left during power-off stalls.

But during skidding flight, the stall begins to develop closer to the wing tip of the inside wing, a characteristic similar to that of a swept wing. The result is a loss of roll stability, an increase in stall speed, and a more abrupt stall. (The inside wing behaves like a swept wing because the relative wind during a skidding turn does not come from straight ahead. Instead, it comes from the right during a skidding left turn, and from the left during a skidding right turn.) The airflow about the aircraft during skidding flight might also allow a stall to occur without warning. This is because the wing can stall without activating the stall-warning indicator or causing the tail to buffet.

When the left wing does stall in this case, the aircraft obviously rolls left. The combination of one wing stalling and the other still flying can produce an impressive roll rate. But as the left wing drops, its angle of attack increases even more because the relative wind comes more from beneath the wing. Conversely, the angle of attack of the right wing decreases during roll entry, which protects it against stalling. In other words, roll rate increases further. Do not forget, however, that the pilot in this scenario is simultaneously applying left rudder. He also is applying right aileron, which produces an adverse yaw effect that acts in the same direction as the applied rudder. Adding power while in a left skidding turn compounds the problem because the P-factor that occurs when the wings of a single-engine airplane are at a large angle of attack produces an additional left yawing force.

These yaw forces combine to produce a powerful pro-spin force. A pilot could not enter a spin more perfectly if he had planned it from the beginning. The rest of the spin generally continues unabated and automatically until the Earth rises sufficiently to end the flight.

Aircraft most likely to spin out of a skidding turn are those with significant rudder and elevator effectiveness and substantial adverse yaw effect.

Spins resulting from skidding turns in the traffic pattern usually begin at such low altitudes that the aircraft seldom has enough height to develop rotation in the classic manner of a fully developed spin. Those fortunate enough to have survived such an accident might not even realize they have been victims of a spin; impact occurs before noticeable rotation has occurred. Instead, the aircraft seems to have simply mushed into the ground. Inspection of the wreckage and the accident site, however, usually provides the evidence needed to prove that the accident was indeed the result of a spin.

Although low-altitude skidding turns can be lethal, they are easily avoidable. Simply avoid tight traffic patterns and develop an awareness of cross-controlling. If you find yourself applying rudder one way and aileron the other, release the controls and recover using a coordinated effort, particularly at low altitude. Never force the issue. If unusual or heroic maneuvering is needed to complete an approach, just remember that discretion is the better part of valor; go around.

[Note to manufacturers of multi-function displays: It would be easy and eminently worthwhile to develop a voice warning—skidding turn!…skidding turn!—that would sound as a pilot begins to enter a potentially lethal, low-altitude skidding turn.]

Barry Schiff is chairman of the AOPA Foundation Legacy Society.