Over the years I’ve been privileged to work for some great aviation publications that sent me to often-exotic places to evaluate a host of different airplanes. 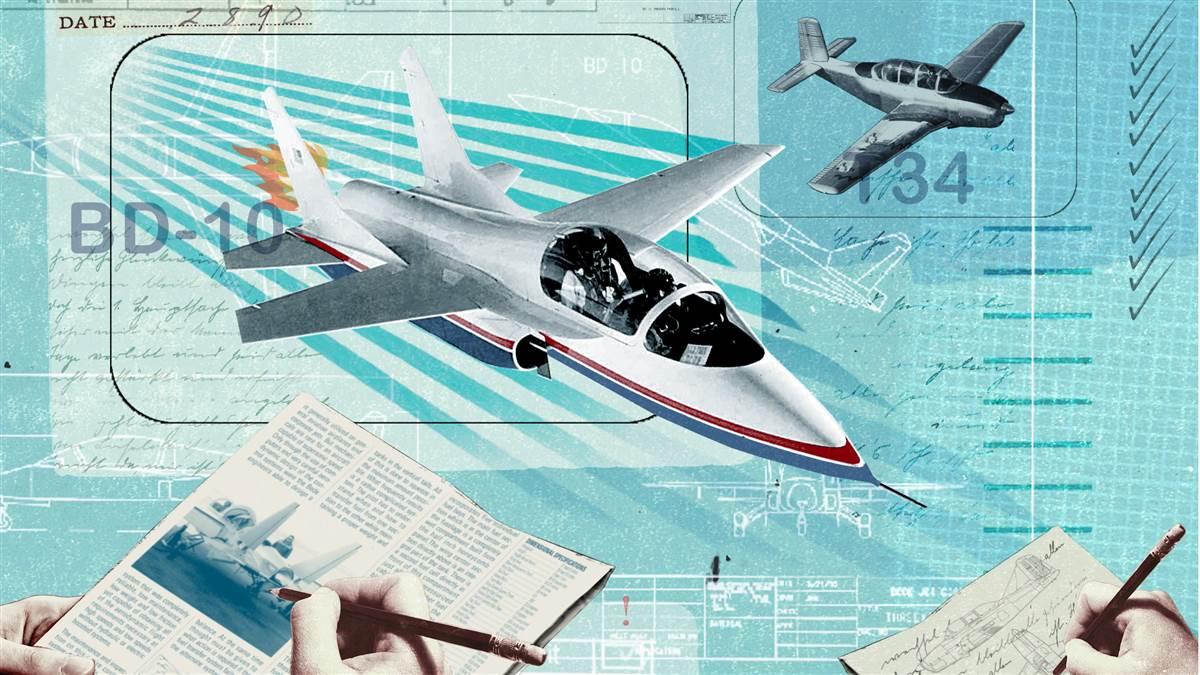 Of course, I’ve visited Wichita, Kansas, the Air Capital of the World, to fly both Beechcraft and Cessna products; Savannah, Georgia, to hop in the left seat of Gulfstreams; Brazil to check out a couple of Embraer jets; and France to pilot a host of Dassault’s Falcons. One of the most fun trips was to Toulouse in western France to test a new landing product being rolled out at the time by Airbus. Since the product just happened to be installed on the company’s A380, I logged a couple of hours in that behemoth.

I’ve tried to remember that in the end, these were all just airplanes, worthy of as much respect as I gave a Cessna 150 or my old Aeronca Champ. Any of these machines could cost a person their life if they weren’t careful. Thinking back on it all today, there were a couple of times when I was so enamored with an assignment that I didn’t notice I’d shoved my good judgment to a back burner.

It was the mid-1990s when my first opportunity to fly and evaluate appeared. I was lucky enough to meet the features editor at Omni, a well-respected science and science fiction magazine, then produced by Penthouse Global Media, the same company that still publishes Penthouse magazine today online. I detailed some of my flying experience and captured the editor’s interest with a story about aircraft designer Jim Bede’s personal design of an F–14 look-alike jet in kit form, the BD–10. Amazingly, the airplane was designed to fly at speeds up to Mach 1.4.

Jim Bede’s name was famous for a host of innovative aircraft kit designs starting in the 1960s. I remember the BD–4, a slightly less roomy version of a Cessna 172, but able to carry a decent load at much faster speeds than the Cessna. Unusual for the time, the BD–4 was also stressed to plus/minus 6.3 Gs. In the 1970s there was the BD–5, with the BD–5J turbine version the most famous for having flown through a hangar in the James Bond flick Octopussy.

But clever design doesn’t count for everything. Bede ran into difficulties meeting some of his promises and the entire BD–5 design line was eventually scrubbed. Undaunted, Bede kept creating. I caught up with his efforts in the fall of 1994 on the BD–10. Since he was just down the road in St. Louis, Missouri, I hopped an airliner at Chicago O’Hare International Airport and met Bede for lunch in a local restaurant near the Spirit of St. Louis Airport (SUS). I asked all the appropriate questions about how he’d created the design and its awesome capabilities. I enjoyed the conversation, but of course I was itching to fly the airplane. Funny, but looking back on it, I never once asked Bede about his own qualifications to design airplanes. I just assumed he knew what he was doing.

Since 2003 I’m much more aware of my surroundings when I take off in someone else’s airplane. I’m not going to give the universe a third chance to catch me.
I was impressed with the look of the small red, white, and blue painted baby fighter jet, bubble canopy and all. One of Bede’s test pilots conducted the walk-around with me and we were soon off the ground headed west to get the feel of the airplane. Of course, we didn’t fly supersonic and as I remember we didn’t wear oxygen masks. The airplane flew like I imagined an F–14 might and before I knew it, an hour and a half had passed, and Bede was waiting as we taxied back to the hangar. I’m sure the grin on my face said everything. I shared my excitement for the BD–10 with Bede as he drove me back to St. Louis Lambert International Airport to catch my flight to Chicago. I wrote a story for Omni (“Some Assembly Required,” March 1995) that was well-received and that was it…except it wasn’t.

My logbook shows I flew the original BD–10 prototype in October 1994. Just a few months later reality set in when Michael Van Wagenen was killed in the crash of the BD–10 for which his company, Peregrine Flight International, had acquired the rights to create a certified version. The NTSB said the airplane broke up in visual conditions during flight testing. Another Peregrine BD–10 crashed in August 1995 following a flap system failure, taking the life of the man who’d replaced Van Wagenen at Peregrine. That could have been me, I thought.

Déjà vu all over again

During the summer of 2003, another assignment came my way, this one to fly a Beech T–34 with the owner of a company in Houston that was on the leading edge of demonstrating upset prevention and recovery training. I’d flown the single-engine T–34 a few times and considered it to be a tough little bird. Based on Beechcraft’s Model 35 Bonanza, the T–34 was certified in the utility category and was often used for basic pilot training. Another section of this same company used a pair of T–34s to simulate military style aerial dogfights.

As we headed out to the practice area on a warm August afternoon, the owner told me stories about flying the McDonnell F–4 Phantoms, another airplane I’d always admired. That afternoon, I knew nothing about the fatal T–34 accident that happened in April 1999 when the right wing snapped off from the fuselage, an incident later blamed on fatigue cracking. I also knew nothing about the emergency airworthiness directive issued following the accident that limited the T–34 fleet to a never-exceed speed of 175 mph and no more than plus-2.5 Gs. (The utility category limitation is plus-4.4 Gs).

The thermals were already playing havoc with the aerobatic maneuvers the owner demonstrated for me, and honestly after 45 minutes my stomach would have been just fine returning to base, especially during an accelerated stall in which he pulled quite a few Gs. Our return was interrupted when we heard another T–34 on the company frequency in the vicinity and my instructor coordinated a midair link-up before we headed home. “I can show you a bit of how we conduct our mock dogfighting,” he said. Not wanting to sound like a wimp, I agreed. We approached the other T–34 from behind and high to his right. Once the other pilot saw us, he peeled off to the left with us in hot pursuit. I don’t remember much because things were happening fast, but I do remember we well exceeded 175 mph a couple of times and pulled at least 3 Gs at one point.

After the flight, I was awarded a certificate of completion for an introductory flight and hopped a United flight back to Chicago that same night. A few weeks later I turned in my story and all was well…at least until November 2003.

That’s when a friend called to tell me about a T–34 accident in Texas wondering if it might have happened at the same place I’d taken my intro flight. It was. While on a flight like the one I’d experienced, the very same T–34 I’d flown a few weeks earlier also lost a wing. The instructor and his student died, the same instructor I’d flown with. Less than a month later, another T–34 belonging to the same company crashed killing the pilot.

I couldn’t have known how the BD–10 I flew in 1994 was constructed, even if I’d looked for information. When it came to the T–34 however, I should have known about the restrictions. They were public knowledge. I’m sure my instructor knew, too. He just never mentioned them and that eventually cost him his life. It seemed as if the universe was trying to send me a message on two different flights. Since 2003 I’m much more aware of my surroundings when I take off in someone else’s airplane. I’m not going to give the universe a third chance to catch me.