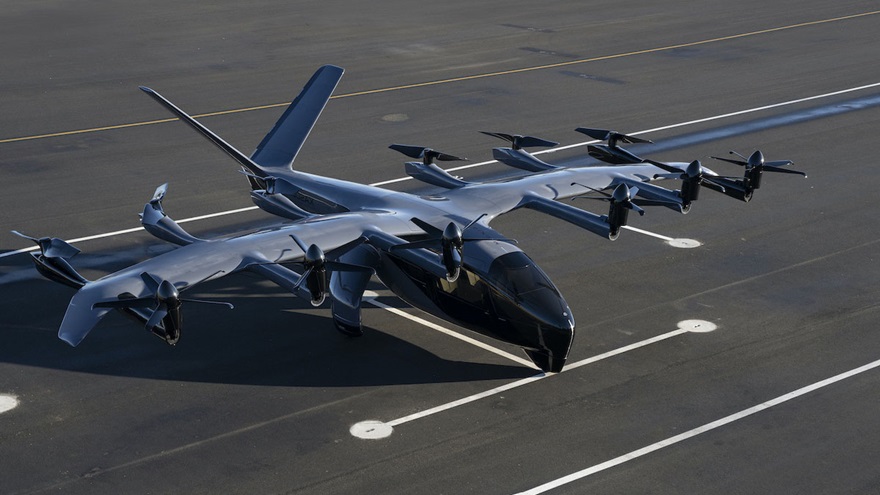 Midnight, the next-generation eVTOL from Archer, is an advancement of the company’s demonstrator eVTOL, Maker. The company plans to complete a full vertical to horizontal transition flight with Maker in the coming months.

Powered by Archer’s proprietary “12 tilt 6” configuration (consisting of 12 rotors mounted on the wing, six of which tilt to propel forward flight), the new design is expected to have a payload of over 1,000 pounds, fly at speeds up to 150 mph, and be able to fly back-to-back 20-mile trips with only 10 minutes charge time in between.

It’s designed to fly at an altitude of around 2,000 feet and at that altitude, the company claims, Midnight will be almost 1,000 times quieter than a helicopter.

“During forward flight, the aircraft’s tilt propellers spin on axes that are aligned with the oncoming air flow, rather than edge-wise to the flow, as is the case with traditional helicopters—further decreasing noise levels,” Archer explained in a press release. “Since Archer’s aircraft is spinning 12 small propellers rather than one large rotor, it can also spin them at significantly lower tip speeds, resulting in much lower noise levels.”

Archer also seems to be keeping sustainability at top-of-mind when designing and powering its aircraft, announcing a commitment to renewable energy and the use of recycled materials in the aircraft’s construction.

Company officials voiced confidence that their approach represents the most efficient path to commercialization of eVTOL transportation, and vowed to be the first to achieve that.

“We continue the push towards commercialization, with the vast majority of our resources focused on completing the development and certification of Midnight, building out our manufacturing and supply chain capabilities and hardening our go-to-market plans,” said Archer CFO Mark Mesler.

Archer is competing with other front-runners including Wisk, Lilium, and Beta Technologies in the race to FAA eVTOL certification. The company hopes to certify Midnight in late 2024 and plans to use it as part of its urban air mobility network, set to be launched in 2025. 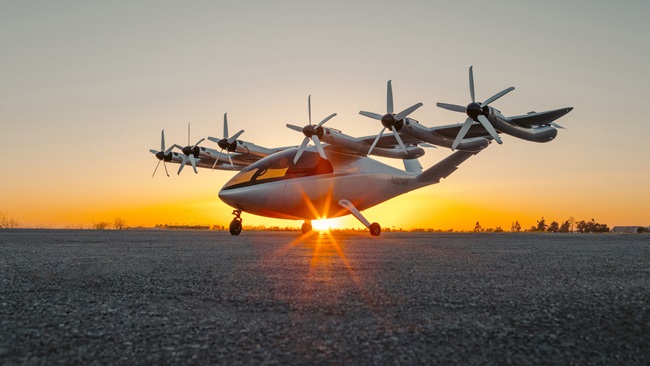