Get the app Get the app
AOPA will be closing at 2:30pm ET Wednesday, November 23rd, and will remain closed Thursday and Friday in observance of the Thanksgiving holiday. We will reopen Monday November 28th at 8:30am ET.
AOPA Members DO more LEARN more SAVE more - Get MORE out of being a pilot - CLICK HERE
News & Media Broaden your horizons

When you get your pilot certificate, you can pretty much fly wherever you want in the United States. That dream of freedom is why many of us start flying in the first place. 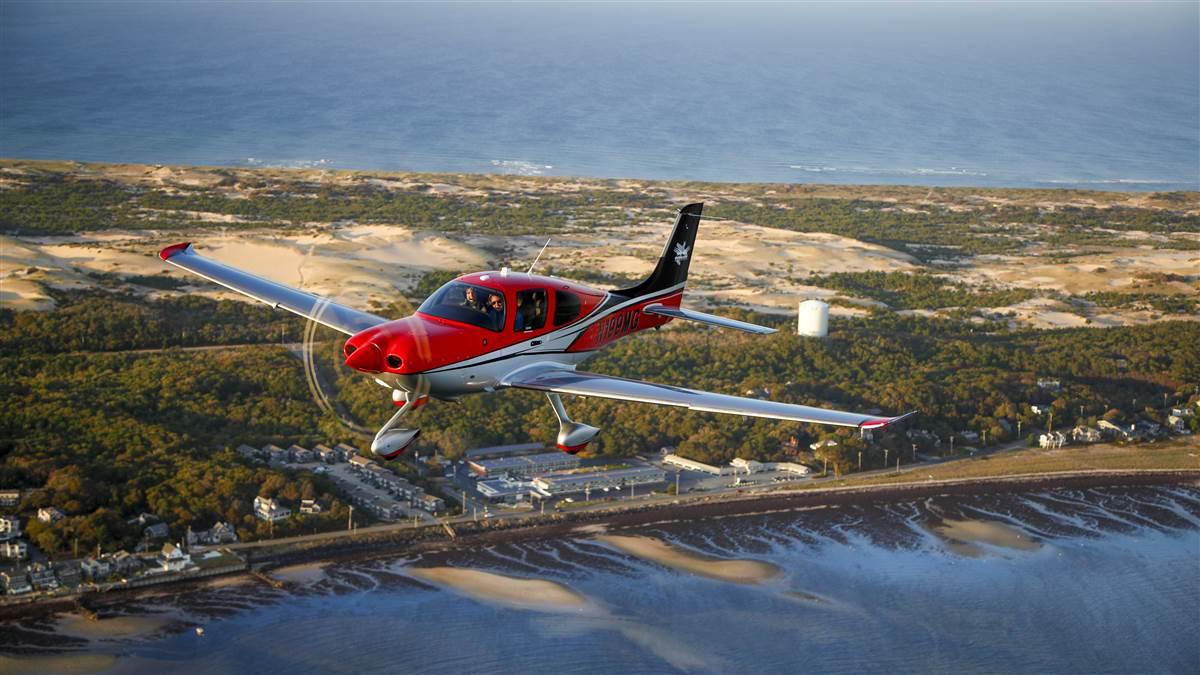 Realistically, though, you’ll probably just fly in the area where you live, maybe within a few hundred miles, maybe across state lines every now and then. But those big, actual cross-countries are rare, and even more rare is proficiency in every type of flying available to us. Pilots based in busy metropolitan areas like Los Angeles might have great radio skills, but maybe their soft and short-field landings are weak. A pilot from Florida may be great at reading thunderstorms, but might not know the ins and outs of mountain weather. It doesn’t have to stay that way if you don’t want it to.

Sure, it can be uncomfortable to confront what you don’t know or areas where your skills could improve, but it also gives you a great opportunity to learn something new. You can go about doing this in a couple ways: seeking it out with a training-specific trip, or trying to squeeze in a flight if time allows on a non-aviation vacation.

How to schedule a just-for-fun flight on your next trip:

On a recent trip to the Denver area for a friend’s birthday, I wanted to squeeze in a flight but wasn’t sure if I’d be able to. I only had a few days in town, and a full aircraft checkout didn’t make sense—it would be costly, and I likely wouldn’t be back in the area often enough to get a return on that investment. And I was on vacation—I didn’t have time for a whole day event.

I turned to the internet, hoping to find a flight school and CFI willing to go on a local sightseeing flight with me in the left seat. I remembered a friend I’d made on Instagram, CFI Rachel King in Fort Collins, Colorado, and sent her a message. She readily agreed to fly with me and reserved us a morning slot to give us a better chance of good weather. She said if the weather was just right, we could try to hit Lake County Airport in Leadville, North America’s highest elevation airport (bucket list!). Otherwise, we could plan on some sightseeing.

King instructs out of Leading Edge Flight Training at Northern Colorado Regional Airport (FNL). She funded her way through training washing airplanes, cleaning Airbnbs, and help from her dad, who is an instrument-rated private pilot. She also earned a scholarship from I Hart Flying (a reward she “didn’t receive on the first try”), one of some 13 or so scholarships she applied for. She built time for the commercial certificate the old-fashioned way, by filling her logbook with flights like safety piloting and Pilots N Paws (see “After the Checkride,” p. 16). She and I can relate on that. King credits some of her best experiences in aviation—and her future job in aerial firefighting—to the connections she built because she had to work for her hours.

I didn’t need to worry about paperwork since this would just be a lesson. The night before, I charged up my iPad, made sure I added Colorado to my downloads list on ForeFlight, and kept my fingers crossed for sunshine.

With as fickle as mountain weather can be, I wasn’t surprised that on the morning of the flight the weather was worse than forecast, and there was already an airmet out for turbulence. King and I hopped into Leading Edge’s Piper Archer after briefing our new route (no Leadville today), and she told me that a storm was supposed to move in that afternoon and stick around for a couple days, so no $100 hamburger either. Ah, mountain living.

Why you should fly somewhere new with a CFI:

After the checkride, CFIs are a vastly underutilized resource. In my experience, pilots tend to shy away from flying with an instructor unless it is toward a new rating out of misplaced, anxious, or egotistical fear of judgment. Flying with a CFI doesn’t mean you’re a bad or incompetent pilot; it probably means you’re a better pilot than those people who dread a flight review. You truly can fly with a CFI just for fun. Here are just a few benefits of flying with a CFI, especially in a new-to-you place.

A couple of King’s friends and co-workers flew along with us in another airplane, and we formed up in a loose formation after takeoff. We flew from Fort Collins south toward Colorado Springs, clinging as close as we could to the peaks without getting into mountain wave. Snowy spindrifts blurred the mountain peaks, a visual cue of the wind that kept us away from Leadville. The view was wild. On one side, we had dramatic mountains, and then on our other side, desolate pancake flatness of the plains.

The turbulence, which began immediately on takeoff, had persisted, and King pulled the power back a touch after a couple big jolts.

“Is your moderate the same as our moderate?” I asked as we bounced along, trying to remember the last time I’d actually felt turbulence.

“Yes,” she said. “It makes teaching stalls interesting.” She told me that one of the unexpected challenges of instructing out here is balancing fear and learning. Days with no bumps are rare in Northern Colorado, but turbulence is consistently one of the most uncomfortable sensations to new student pilots. Add aerodynamic stalls to that, and an already intense experience can become a negative one, leading to student dropout. Thankfully, she said, that’s rare for her students.

We flew over Boulder and continued south over Red Rocks Amphitheatre, which is one of those rare landmarks that look impressive even from the air. We circled Garden of the Gods, a park with dramatic sandstone formations, and saw Pikes Peak before reversing course toward Denver.

We circled downtown Denver, then headed back to the airport. Dark clouds in the distance and a wind shift let us know that the storm would arrive earlier than expected. King had the controls for the landing, and we watched the whipping windsock turn around in a circle on short final. I was glad we were in an Archer and not a taildragger. She touched down without a problem and we taxied back to the hangar.

A few more photos and a bit of chitchat, we said our goodbyes, hoping to cross paths again. And in a world as small as aviation, I’m sure we will. I headed to Denver International a couple hours later, happy that I was able to squeeze a flight in before heading home.

All in all, even with a short flight, I’d had a great refresher on mountain weather, flown a low wing for the first time in a while, and turned an internet friend into a real friend. And I got to add a scenic flight around Colorado to my logbook. So, on your next trip out of town, try to get a flight in—you’ll be in a new place, in a new airplane, with a new CFI, and you’ll be sure to learn something that’ll make you a more proficient pilot. I bet you’ll have fun. FT