The power of two

Whether it’s passing a checkride or getting out of a sticky flight situation, pilots need to perform their best, and that involves knowing key changes we can make to ensure a successful outcome. 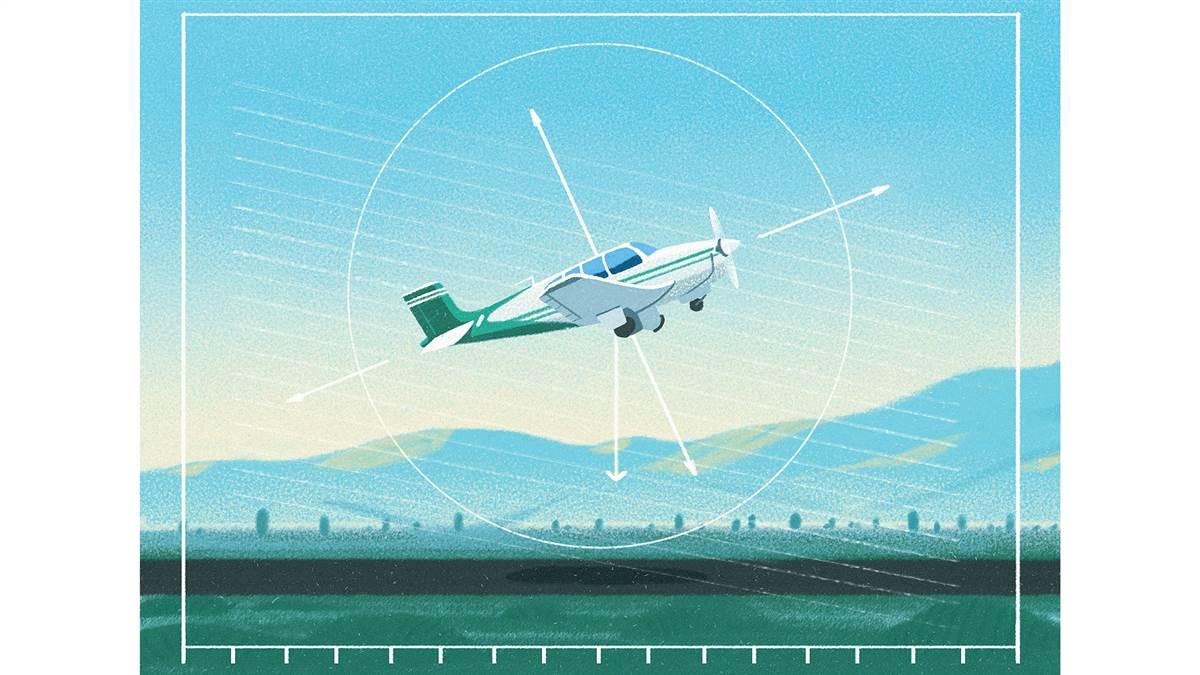 For example, if we are departing from a short runway, increases in atmospheric pressure can shorten takeoff distance. But decreasing payload, or waiting for cooler temperatures or better winds makes an even bigger difference in aircraft performance. (see “What Matters Most: If a Performance Chart Could Talk,” July 2021 AOPA Pilot) Knowing what changes to make in a pressure situation can mean earning a new commercial certificate or even walking away from a landing after an engine failure.

Mathematical models can shed light on ways to optimize performance. Saying that one quantity is equal to some combination of others tells a story about the relative importance of those ingredients, and it can betray what matters most.

Yeah, I get it. Although my degrees are in mathematics, like most people my eyes can glaze over when I see lots of symbols. Like any story, these equations take time to unpack to distill their messages. I hope you’ll agree that the relationships below are compelling enough to be worth that effort.

Now, we should pay special attention when A is proportional to B2. In this case, doubling B quadruples A, and cutting B in half reduces A by a factor of four. For example, since lift is proportional to the square of airspeed, changes in airspeed have a profound effect on lift—more so than either air density or angle of attack. When you see the power of two in a formula, that should get your attention.

Let’s consider four flight situations for which the power of two can show us what matters most.

When I give commercial or flight instructor practical exams, candidates often report that the chandelle is a great save-the-day maneuver in a box canyon situation where reversing course in a confined area is critical to averting disaster. But considering what’s important for a tight turn shows the chandelle is not a technique for our mountain-flying toolbox.

Knowing what changes to make in a pressure situation can mean earning a new commercial certificate or even walking away from a landing after an engine failure.Turn radius is proportional to the square of airspeed (in a no-wind situation), so any time spent at a higher-than-necessary airspeed will result in a much greater turn radius. The typical chandelle starts from the maneuvering speed of the aircraft which is roughly twice its stalling speed. If reversing course in a confined area is important, the chandelle just isn’t your answer. (see “It’s Complicated,” September 2020 AOPA Pilot) Making an efficient 180-degree turn involves choosing a bank angle and an airspeed. The airspeed should be as low as possible with margin to avoid a stall. And turn radius is inversely proportional to bank angle (well, approximately) so the steeper the bank the smaller the turn radius. It’s not necessarily obvious how an airspeed should be paired with bank angle, since the steeper the bank, the more we need to pad airspeed. Mountain flying experts generally advocate using a 45-degree bank angle and increasing the airspeed by about 20 percent over what we use in slow flight. Practicing the canyon turn in a safe, controlled setting is important to finding a combination that feels right for your airplane and experience level.

Landing in a confined area

Once an airplane touches down, stopping distance is proportional to its kinetic energy, and that means airspeed squared. The most critical situation is an emergency landing in an area where hospitable terrain is at a minimum. Adding even 10 percent to touchdown speed increases stopping distance by 21 percent. For any landing, while increasing airspeed to compensate for gust factors makes sense, be frugal with those additions (see “Listening to Your Aircraft,” September 2022 AOPA Pilot). Adding half the gust factor to the approach speed is a compromise between assuring control authority while being careful not to unreasonably extend ground roll. Of course, since takeoff distance usually exceeds landing distance for the same aircraft configuration and atmospheric conditions, never land on a minimal runway unless changes can be made that will sufficiently improve takeoff performance. Remembering the impact that airspeed has on landing distance will reap rewards in an emergency situation. 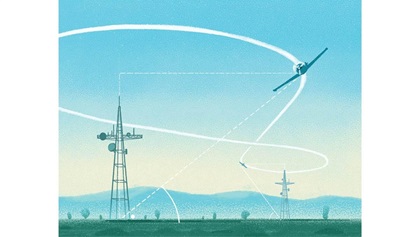 Each aspiring commercial pilot and flight instructor knows all about the FAA’s fascination with eights on pylons, since the maneuver is required for both practical exams. The procedure involves selecting two pylons about which the pilot guides the aircraft in a figure-eight pattern, banking to the left about one and to the right about the other. The line of sight between the pilot and the pylon must stay constant as if there were a rigid cord connecting them. Were the groundspeed constant, as with calm winds, the altitude would stay the same, but that’s not the case when winds are a factor. It’s not difficult to show mathematically that there is a special pivotal altitude at which the airplane must fly to maintain the line of sight: V2/11.3, where V is the groundspeed in knots. For example, if a Cessna 172 flies the maneuver at 90 knots, the pivotal altitude is only 717 feet above the ground. But in a 20-knot wind that blows perpendicular to the line connecting the pylons, the groundspeed will slow to 70 knots and the pivotal altitude is only 434 feet above the ground. If the engine fails during that maneuver, the pilot had better have some great landing spots picked out. Better yet, she should either choose an airspeed that always guarantees a groundspeed of at least 75 knots to stay at least 500 feet above the ground. What about eights on pylons in your Piper Cub where everything happens at 60 knots? Don’t even think about it!

No matter what altitude I file for a trip over the Smoky Mountains, I always request 2,000 feet higher from ATC once I’m in the air and see what’s below. The thickly wooded mountainous terrain reminds me how few options I have if my engine were to quit. The question isn’t when rescuers would find me; rather, it’s if.

While a degree in mathematics certainly isn’t necessary to become a pilot, these tools can provide insight into the most important changes pilots can make for a safe outcome. And especially when you see the power of two, remember that there is valuable lesson to learn.