Get the app Get the app
AOPA will be closing at 2:30pm ET Wednesday, November 23rd, and will remain closed Thursday and Friday in observance of the Thanksgiving holiday. We will reopen Monday November 28th at 8:30am ET.
AOPA Members DO more LEARN more SAVE more - Get MORE out of being a pilot - CLICK HERE
News & Media A new reality

Aviation colleges strain under the weight of the hiring boom

The recent boom in airline hiring is great for everyone in our industry. Well, almost everyone. For some aviation degree programs, a record number of applicants on one side and a trickle of airplanes and instructors coupled with a lack of facilities on the other threatens to back up efficient training pipelines that students expect and the industry needs. 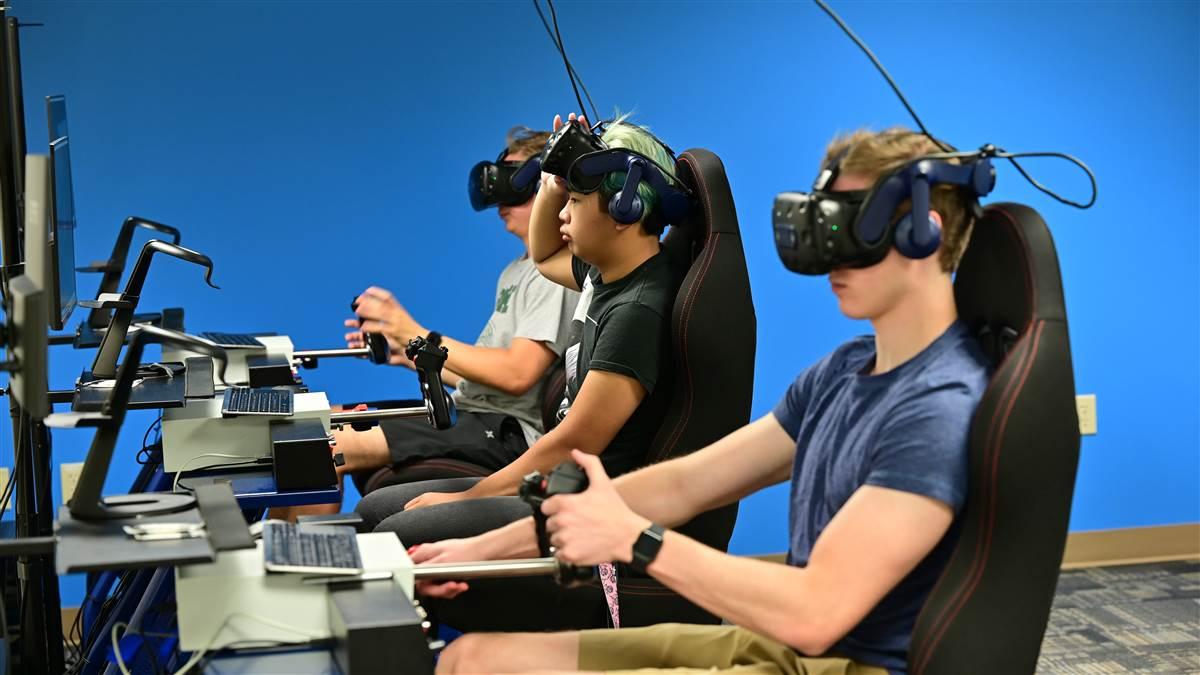 Every student who begins training at Embry-Riddle Aeronautical University in Daytona Beach, Florida, spends a month in the virtual reality and simulation labs before ever touching an airplane. (Photography by David Tulis)

As airline hiring ebbs and flows, so does enrollment at aviation universities. It’s hard to justify spending more than $100,000 on education and training when the known payoff after graduation is $20 an hour in the right seat of a Cessna 172. Today, job prospects are stronger than they have been in decades, making an aviation degree a good investment. And that’s not universally great news for colleges and universities that must balance the desire to take as many applicants as possible with the pressures of effectively training their students.

To deal with these competing goals, schools are employing a variety of methods, including technology, scheduling, opening or expanding facilities, and more. 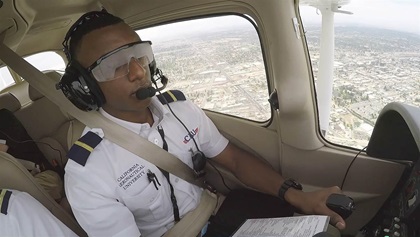 Embry-Riddle Aeronautical University in Daytona Beach, Florida, is one of the largest aviation training programs in the country, and enrollment has never been stronger, according to Ken Byrnes, the chairman of the flight department. It can make planning especially challenging. Most schools use historical norms to target how many acceptance offers to make, knowing roughly what percentage of students who receive an offer will show up on campus. “Normal enrollment numbers aren’t holding true,” he said. The school’s fall 2021 enrollment was beyond its airplane and airport resources, so it started to look for ways to ease the strain and keep students flying at the promised rate. The school found it in simulation and virtual reality (VR).

“We know that simulation works,” Byrnes said. Staff have conducted numerous studies going back decades that show that students progress just as fast, and often faster, when using simulation. But Embry-Riddle already used it extensively in the private pilot training course, so how to gain even further efficiencies? They turned to virtual reality. “We had dabbled in VR,” he said. “But we jumped in with both feet last summer.”

Every new freshman who begins at Embry-Riddle in Daytona spends four weeks in the VR and simulation labs, effectively learning to fly on the ground before ever seeing an airplane. “They do every maneuver, ATC call, checklist, and the preflight. Now when they go to the airplane there’s nothing they haven’t seen in regards to maneuvers, procedures, and radio calls,” Byrnes said.

VR has filled a technology gap that simulation couldn’t handle. While sims are great for maneuvers, they are generally poor for things like the preflight.

When students and their families are paying tens of thousands of dollars for training, there’s a naturally high expectation that training will progress as fast as the student is able. Byrnes said he’s tried to be as transparent as possible with parents, and the rolling four-week start has given everyone a firm expectation of when to begin training. So, a new freshman may not start flying the last week of August, as they would like, but they may start in the VR lab in October, knowing they will progress immediately to the airplane afterward if they put in the work.

More important, Byrnes said students are saving money because use of the lab is already included in tuition costs, while flight costs are billed separately. Although it’s not a perfect measurement, he estimates that the training time to solo in the airplane was down by 30 percent last year, saving students more money and freeing up airplane and instructor time.

“They do every maneuver, ATC call, checklist, and the preflight. Now when they go to the airplane there’s nothing they haven’t seen in regards to maneuvers, procedures, and radio calls.” —Ken Byrnes, Embry-Riddle Aeronautical UniversityNot every school has the resources or experience in simulation to quickly increase efficiency. Middle Tennessee State University in Murfreesboro is charged with providing a quality education to a broad range of students across the state. That can put extreme pressure on the aviation program, which must work with state resources, according to Michael Gref, the program’s chief instructor. MTSU’s big enrollment jump was between 2017 and 2020 when the professional pilot program more than doubled in size. The fall 2020 enrollment brought the program to 900 students.

Because nearly 98 percent of the school’s instructors are former graduates, the school benefited when airline hiring stalled during the pandemic. That allowed the school to keep CFIs and train more, putting MTSU in a good position today. Gref said MTSU has had around 105 instructors on staff for two years.

The airplane market and supply chain have provided challenges, however. The school flies Diamond DA40s, and factory delays on new deliveries meant they had to find five on the used market recently. Gref said they are flying 40,000 to 45,000 hours a year on a fleet of 35 airplanes. Parts, engines, and other consumables continue to challenge their progress, as all airplane owners are only all too well aware of at this point. 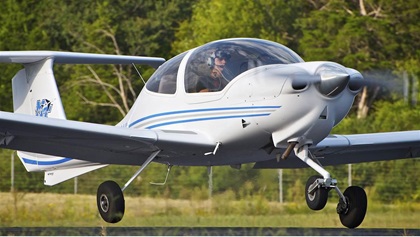 The biggest challenge has been space. Gref said there are briefing rooms in kitchens and every available corner. Classrooms have been divided, and additional remote ground training has been implemented. They are training 400 pilots at any one time in a building designed for about 150 students. The flight school is open from 6 a.m. to midnight, seven days a week. Like Embry-Riddle, MTSU is operating on staggered starting dates, and divides the semester into three five-week sections. That goes for everything from private pilot to multiengine instructor.

Relief is on the way. When the school couldn’t come to a resolution with the airport to expand at Murfreesboro, the state threw in millions of dollars for a new facility in Shelbyville. That’s a few years away, but it will provide for additional classrooms, additional ramp space, and generally more resources. The challenge is that flight operations will be miles away from the main campus, which could be a logistical challenge for students and faculty.

For now, Gref said the faculty is doing its best to refine the admissions process and trying to figure out how to remove underperforming students, all while making sure they stay true to the school’s mission of offering education to the widest possible group of students. “We definitely don’t have the ability to let everyone who wants to fly, fly, and that can get tricky,” he said.

Privately owned schools don’t have the same limitations. Family-owned programs such as the California Aeronautical University can be more nimble, according to President Matt Johnston. “We started preparing a year ago for a continued resurgence in enrollment,” he said. The school added six Cessna aircraft in 2021, and it has plenty of instructors.

Enrollment is up at the school, and Johnston said he sees that continuing. The school has added maintenance and helicopter programs in the past year, and it is opening satellite offices to try and meet students where they are. A new office in Phoenix wasn’t needed to serve current capacity needs, but Johnston said he sees future demand in that area. “A lot of this is about forecasting,” he said. “Phoenix has a lot of flight schools but not a lot of degree-granting options.”

That sort of flexibility can be good for students who want to move quickly, but with any rapidly growing business, there’s always risk involved. Thankfully, Johnston and his team are fully committed to aviation, and their family has a long history of owning technical colleges.

The first semester away at college is always a thrilling time, but even more so for new aviation students. Some may be disappointed to not begin flying on the first day, but schools are increasing capacity and searching for every crumb of efficiency possible to get students moving as quickly as possible. “If you’re not excited by this and meeting people where they are and accommodating people who are interested, it’s all for naught,” Johnston said. “We need to do what we can to open doors for people in aviation.” 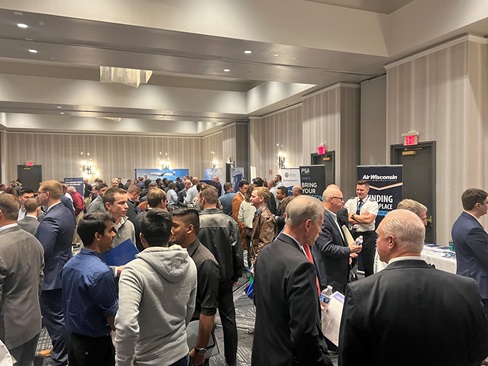 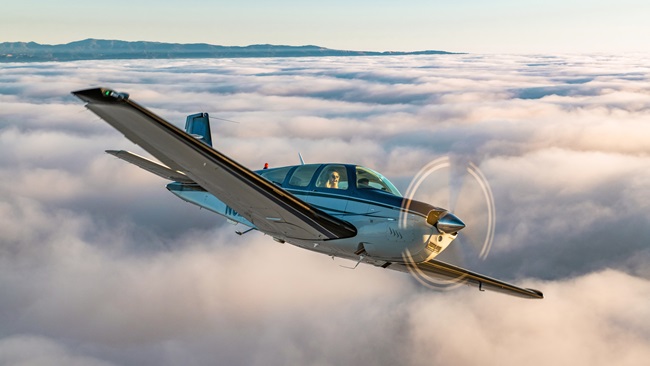