When the Wright brothers ventured aloft at the beginning of the twentieth century and for decades thereafter, pilots learned to fly by trial and error—an inefficient and dangerous technique. 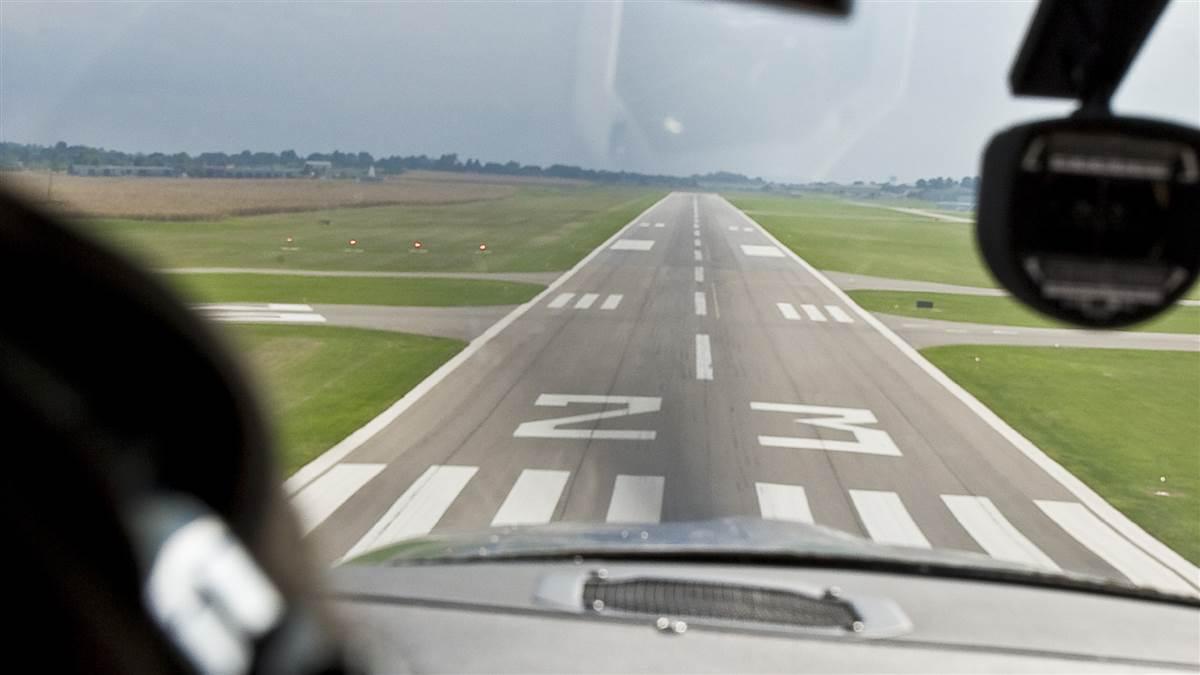 Fortunately, training today is different. The FAA, with input from professional educators and experienced aviators, publishes curricula for training pilots; flight schools and CFIs prepare syllabi that cover the appropriate curriculum; and each training flight follows a lesson plan (at least that is the way training should proceed). This step-by-step, building-block approach facilitates learning and produces good results, particularly when a student is attempting a challenging task such as landing an aircraft.

Landings require all the skills learned from the first lesson onward, starting with observing the position of the aircraft’s nose and wing tips relative to the natural horizon (the “sight picture” we call attitude) and using yoke, rudder, and throttle to master the four fundamentals of level flight, climb, descent, and turns. We learn that engine power primarily determines the aircraft’s ability to climb or descend, and that aircraft attitude primarily determines airspeed at any power setting.

Pilots also learn that a control input has a primary impact on the aircraft’s response and a secondary, less pronounced impact. Usually, those secondary effects negatively affect efficient flight and may compromise safety, thus a pilot learns to counter the secondary effects through additional control inputs we call coordination. For example, adding engine rpm needed to climb also causes the aircraft’s nose to pitch up and yaw to the left in the typical GA aircraft used for training. Coordinating right rudder when increasing power and left rudder when decreasing power maintains a zero-yaw angle throughout the maneuver, which is desirable and at times necessary. In another example of primary and secondary effects, using ailerons to roll into a left-hand turn causes the aircraft’s nose to yaw to the right—adverse yaw—and coordinated use of rudder with aileron input is needed to counter it. Primary effects accomplish a task; coordination neutralizes the negativity of secondary effects.

Ground reference maneuvers teach a student to observe and control the aircraft’s track over the ground, whether flying level, climbing, or descending. Following a precise course over the ground teaches planning and compensation for wind-drift effects, which are skills needed to fly a good traffic pattern.

Stall training teaches students that wings produce forces perpendicular to the wind flowing under the airfoil (i.e., the effective relative wind) provided the angle between the wing’s chord line and the effective relative wind (i.e., the wing’s “angle of attack”) does not exceed about 17 degrees. The wing cannot produce sufficient force to sustain the aircraft’s weight if the wing’s angle of attack exceeds that critical angle. When angle of attack exceeds the wing’s critical angle, a stall occurs regardless of the aircraft’s airspeed or attitude. When the aircraft stalls, control is severely compromised or lost. Close to the ground, such as during landings, maintaining control is an obvious objective.

Basics enable good landings. Most students find landing an aircraft the most challenging portion of their private pilot flight training because they have not mastered basic knowledge and skill taught during earlier stages of their training syllabus. Like all maneuvers, landings require planning and precision. The better the planning, the better the landing; the better the skill at holding altitude, heading, and airspeed, the better the landing pattern as well as the landing itself. Establishing and maintaining the desired airspeed on final is the secret to a successful landing. Airspeed control also is a necessity for aborted landings and safe go-arounds.

The final segment of the landing approach, which starts as the aircraft completes the turn from base leg toward the runway, should position the aircraft no lower than 500 feet agl by the time the turn is completed and should usually be flown at least 1.3 times the aircraft stalling speed for its landing weight ( “Reference Speed” or simply VREF). On final, airspeed should not fall below VREF or exceed it by five knots unless the pilot is compensating for gusty wind conditions—hence the need for precise airspeed control.

The aircraft’s flight path on final should be a smooth slope flown at VREF airspeed from about 500 feet agl to the initiation of the roundout at about 20 feet agl, with the rate of descent nominally about 500 feet per minute and never exceeding 1,000 feet per minute. Slope is changed by adding power to lessen the slope angle and lessening power to steepen the slope angle. Airspeed is maintained by controlling pitch attitude (remember the mantra attitude determines airspeed). Coordination between pitch and power is essential. Such a final approach is called stabilized because the key parameters of rate of descent and airspeed are held nearly constant throughout the final segment of the approach. Maintaining a stabilized approach on final is the secret to a successful landing.

Landings are proof that mastering the knowledge and skill needed to be a successful aviator requires a solid foundation of fundamentals, taught as a logical arrangement of building blocks. Trial and error might have been tolerated by yesterday’s pilot, but it has no place in today’s flight school.

John W. Olcott is an airline transport pilot, CFII, and remote pilot, as well as former president of the National Business Aviation Association.