Get the app Get the app
AOPA Members DO more LEARN more SAVE more - Get MORE out of being a pilot - CLICK HERE
News & Media Tree, Foh-Wer, Fife

From Alfa to Zulu, the alphabet for pilots has always had some quirks. 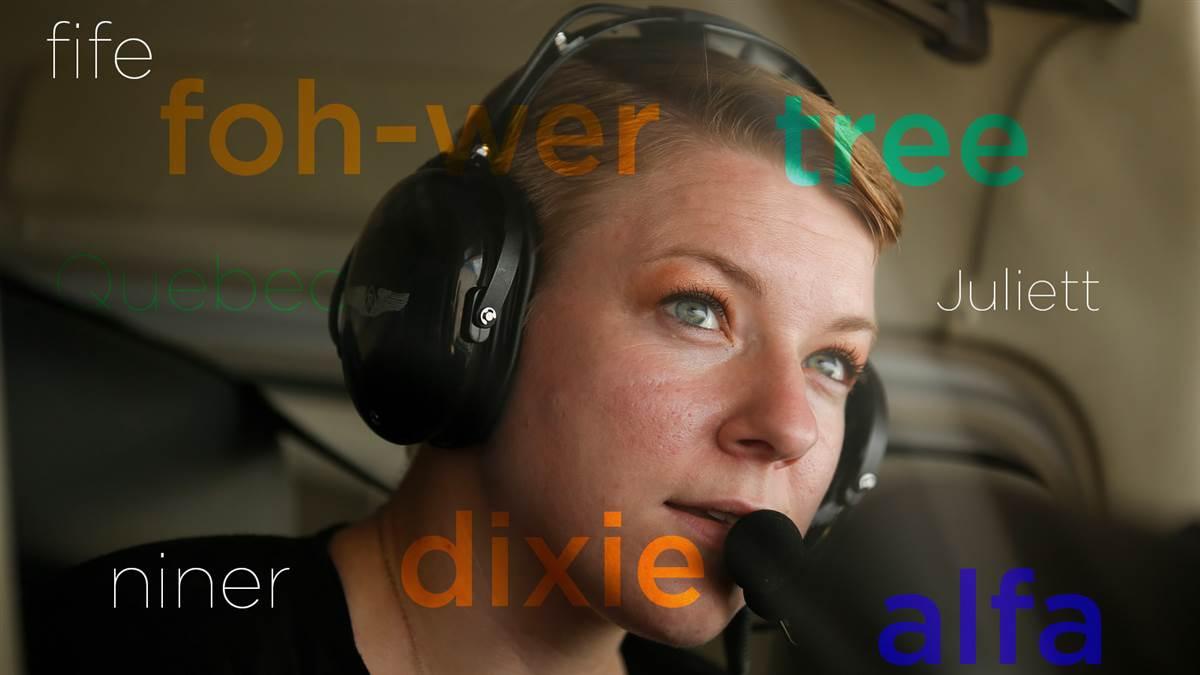 Even if you remember which word is supposed to go with which letter, you could be mispronouncing it and spelling it wrong to boot. Try this quick test: how do you pronounce the alphabet word for the letter Q? It’s Quebec, but not like Americans pronounce the Canadian city. You should be pronouncing it keh-beck. How about Y for yankee? Properly pronounced, it is yang-key, which sounds like a war cry from a World War II movie. Numbers are a particular challenge. The number three is properly pronounced tree, four is foh-wer, five is fife (as in Barney), and nine is nin-er.

The current phonetic alphabets, adopted by the International Civil Aviation Organization (ICAO) and then the FAA in 1956, haven’t changed since then. Yet even as radio equipment has improved over the years, the phonetic alphabet can still be the difference between a clearly-received message and an indistinguishable one.

Tree is to prevent the digit from being pronounced sri, a different word in some languages. The long pronunciation of four, still heard in some English dialects, helps keep it distinct from for. And five is pronounced with a second “f” in place of the “v,” because the normal pronunciation of five is easily confused with “fire,” a command to shoot, which the military felt undesirable. For a similar reason, nine has an extra syllable to keep it distinct from German nein, meaning ‘no.’

Spelling counts in the ICAO alphabet, too. Alfa and Juliett are misspelled on many checklists, likely thanks to modern spell-checkers. Correct spellings matter—alpha would not be pronounced properly by those not familiar with pronouncing ph as f, and Juliett is spelled with a tt for French speakers who might otherwise treat a single final t as silent.

Your CFI will, or should, insist that you use those strange pronunciations in radio work, despite the pig-snout face that results from trying to say foh-wer. He does this not because he is mean but because those words and pronunciations are the most effective way to be understood by all pilots and air traffic controllers worldwide, and even by the FBO front desk person who answers the unicom call for gas at your hangar.

The need for alphabet code words wasn’t obvious in 1915 when the first airborne radios were installed, because they could transmit and receive only Morse code. A second crewman was needed to awkwardly tap the Morse code key while the pilot fought to maintain straight and level. Military pilots, disgusted by the weight of the early radios, sometimes uninstalled the equipment and returned to dropping notes after observing enemy positions.

Since World War I was raging at the time, the British military took a keen interest when talkie radios became available for airplanes in 1916. They allowed British pilots to relay real-time enemy position reports in war-ravaged France, a huge military advance. Radio-equipped Sopwith Camels were credited with helping win the war for the Allies. The U.S. didn’t start equipping reconnaissance airplanes with radios until 1917, the same year it entered the war.

Imagine, please, those early military pilots shouting into their primitive microphones as the 116-mph breeze in the Sopwith Camel’s open cockpit whipped around them. There were no standard code words then, so pilots made up their own, some more colorful than others.

In 1927, the International Telecommunications Union, now a United Nations specialized agency for communications technology, collected what it considered to be “the best words” for a standardized list. That list lasted about five years before accumulated pilot complaints resulted in revisions in 1932. That list was adopted by the predecessor of the International Civil Aviation Organization, and was used for civil aviation until World War II.

During World War II, the U.S. military conducted “significant” research into spelling alphabets, asking Harvard University’s Psycho-Acoustic Laboratory to determine the most successful word for each letter when “in the intense noise encountered in modern warfare.” ICAO was apparently not impressed, for it later engaged linguistics professor Jean-Paul Vinay at the Université de Montréal in 1948 and 1949 to develop a new spelling alphabet. ICAO specified each word must:

All this intensive research, combined with the Harvard wartime studies, resulted in an alphabet ICAO declared would be effective April 1, 1952. The international organization believed that with all the time and effort that had been invested in choosing 26 letter words and 9 numeral words, pilots would be ecstatic.

Why they chose to release the code on April Fool’s Day is anybody’s guess, but it was appropriate. Not only were pilots not ecstatic, they bombarded ICAO with complaints about confusing words like Delta, Extra, Nectar and Victor. Pilots were particularly vociferous when poor radio receiving conditions made words unintelligible, which was quite often given the World War II-surplus tube radio gear some pilots had picked up for their airplanes.

Later in 1952, ICAO carried out its own understandability tests with the U.S. and U.K. governments, using test subjects from 31 nations. In the U.S., the research was directed by the Air Force working with the research foundation of The Ohio State University. Among other crucial findings, researchers discovered that “higher noise levels do not create confusion but do intensify those confusions already inherent between the words in question.”

In early 1956, ICAO adopted the official phonetic alphabet we use today, and NATO made it official for troops on March 1, 1956.

It’s not that using incorrect code words will ruin your otherwise unblemished FAA piloting record; the Airman’s Information Manual is advisory, after all. But it does betray a lack of professionalism that is noticed by other pilots, even if they don’t say anything. A contemporary example is a pilot today still using the “any traffic, please advise” unicom phraseology. (The AIM has been on a several-year crusade to wipe out that particular odious usage.)

There are places where you’ll hear alternate code words. At airports with a large number of Delta Airlines flights, such as Atlanta, the word “Delta” for d is replaced by “Data,” “Dixie,” or “David.” When flying in Muslim countries, pilots replace Whiskey with “Washington” or “White” because several state religions ban alcohol. Pilots flying in Pakistan replace India with “Indigo” or “Italy” because the country has ongoing conflicts with its neighbor India.

Although a little fun with unique alphabet words isn’t unknown at smaller airports, stick with the official recommendations the next time you fly into Los Angeles, Chicago or New York where lots of pilots will hear you. It will help keep you from looking like a jerk.