Get the app Get the app
AOPA will be closing at 2:30pm ET Wednesday, November 23rd, and will remain closed Thursday and Friday in observance of the Thanksgiving holiday. We will reopen Monday November 28th at 8:30am ET.
AOPA Members DO more LEARN more SAVE more - Get MORE out of being a pilot - CLICK HERE
News & Media eVTOLS: The promise and the risk

A blizzard of designs is on its way 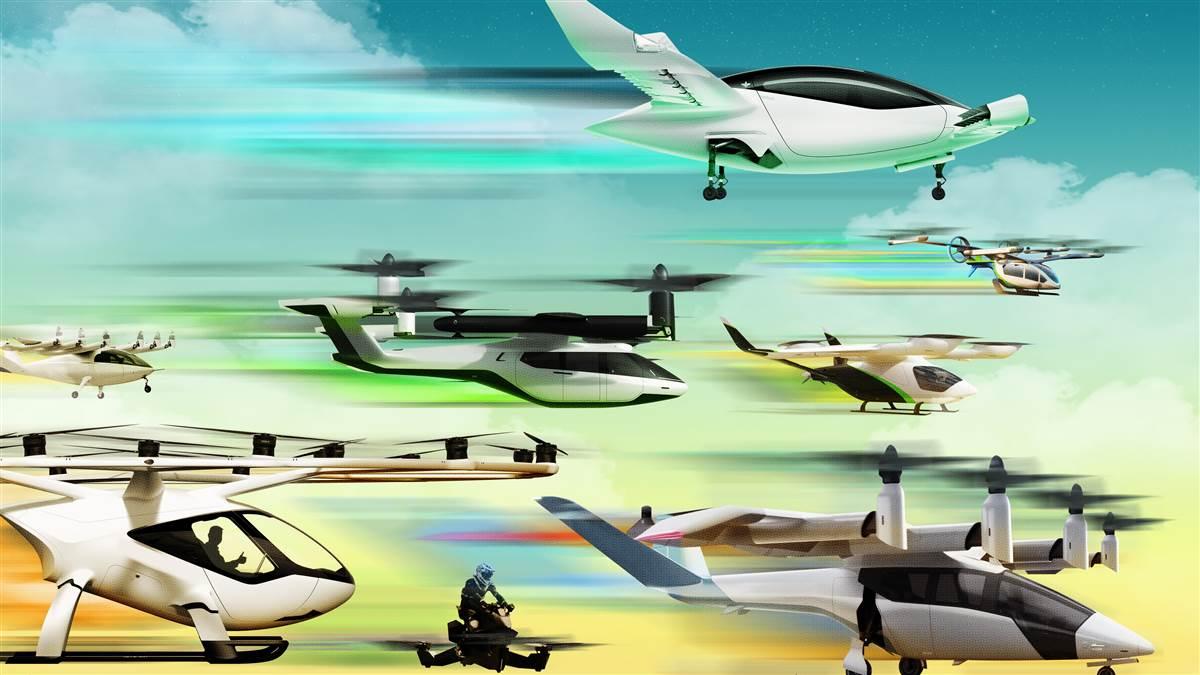 Transport Up, a website that tracks news related to electric vertical takeoff and landing aircraft, says there are some 98 designs now in the works—not counting hoverbikes and other single-person aircraft. The Vertical Flight Society’s Electric VTOL News (evtol.news), also covers the industry. It lists a whopping 679 designs, divided among vectored thrust, lift and cruise, wingless multi-copters, electric rotorcraft, and hoverbike categories.

The National Business Aircraft Association reported that 400 companies are involved in some segment of this future aviation vision, be it in UAM (urban air mobility), AAM (advanced air mobility—including longer-range alternatively powered vehicles), or working on the infrastructure needed to support it. The FAA and NASA are both working on the regulatory and other aspects needed to integrate eVTOLs and other alternatively-powered vehicles into the National Airspace System. 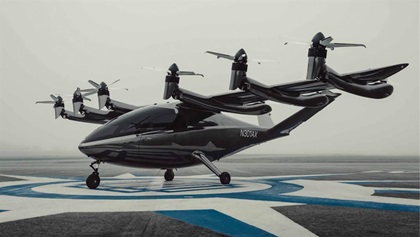 Archer Maker. This five-seat, carbon-fiber design has 12 motor/rotors, six of which tilt for vertical flight. Archer claims the Maker will have a maximum cruise speed of 130 knots and a max range of 53 nm. Archer says the 3,300-pound aircraft will have demonstrated transitional flight (from vertical to horizontal propulsion) by the end of the year, and it will use Honeywell actuators and cabin climate control systems. United Airlines reportedly has ordered 300 Makers. 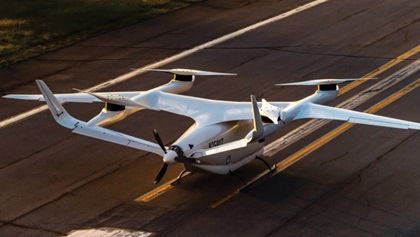 Beta Alia 250. This aircraft made a multi-legged demonstration flight from Plattsburgh, New York, to Bentonville, Arkansas, earlier this year. Its target maximum cruise speed is 170 mph and so far has recorded a maximum range of 205 statute miles. UPS has ordered 10, with an option to buy 150 more.

Together with the manufacturers’ flashy websites and participating organizations’ optimistic statements, it’s easy to accept that UAM and AAM are coming—inevitably, and soon. FAA acting administrator Billy Nolen said, “We want to be very careful. We want to be measured.…This is real, and this is happening.” Many UAM and AAM manufacturers have said that their aircraft will enter service in the 2024/2025 timeframe.

That said, it can be difficult to evaluate each design’s progress. Many manufacturers are secretive. So, while some may be at the early proof-of-concept or prototype stage of development, others may have already completed their design definitions and entered the flight test phase—with the next step hopefully being certification. Of course, raising the necessary funds also ranks high on the list of priorities.

Which brings up some issues that need to be addressed. At this point, the federal aviation regulations make no provision for the certification of electrically powered aircraft. Talks continue, and a bipartisan Congressional AAM caucus has been formed with the goal of supporting concepts for charging stations, the establishment of vertiports and use of existing landing sites, and the integration of AAM into the National Airspace System. Bills to fund AAM infrastructure have been passed in both the House and Senate. Another regulatory issue involves a debate over type certification.

Originally, the FAA planned to certificate all eVTOL aircraft under the procedures in FAR 21.17(a), using the recently updated, performance-based airworthiness standards for Part 23 small airplanes. But the agency now says it will categorize winged eVTOLs as “powered lift” aircraft, whose certification is not represented in U.S. civil aviation regulations. This initiative would certificate winged eVTOLs under a “special class” provision of FAR 21.17(b) in view of the eVTOL “powered lift” variants. (For “powered lift” think tiltrotors or vectored thrust craft, like the Bell Boeing V–22 Osprey, which use vertical lift for takeoff and landing, but transition to winged lift in cruise flight.) This sudden change came as a shock to winged eVTOL manufacturers. A special federal aviation regulation must be issued soon, and a notice of proposed rulemaking by the end of the year, in order to support the FAA’s promise to not delay the 2024 operational date set by several eVTOL manufacturers. 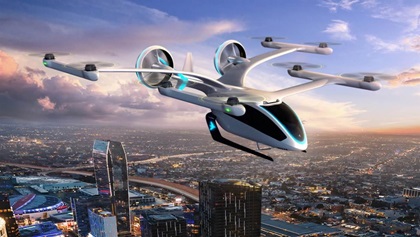 Eve Holding. Embraer is the majority shareholder in Eve, which was formed in a merger with SPAC Zanite Acquisition earlier this year. Flight testing of the four-passenger, 170-knot, vectored-thrust prototype is set for later this year. Eve will seek Brazilian certification initially and says it will partner with vertiport firms in London, Miami, and Rio de Janeiro. Although little is known about design particulars, the company says it has orders for some 1,825 aircraft. 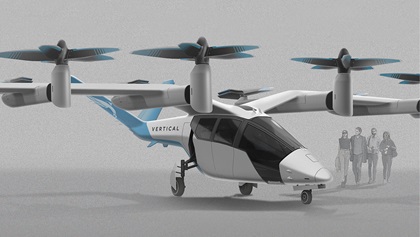 Vertical Aerospace VX4. A technology demonstrator of the VX4 is intended to validate the company’s advertised speed and range of 170 knots and 100 sm with four passengers. The UK-based company went public on the NYSE via a SPAC with Broadstone Acquisition Corporation. Orders have hit 950 aircraft, with 350 set to go to American Airlines and 150 to Virgin Atlantic. 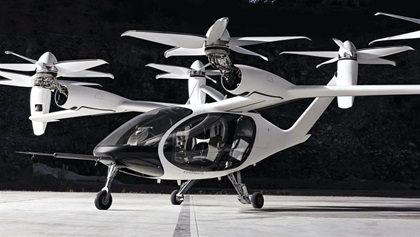 Resolving this proposed certification method—including pilot certification—could cause delays. Perhaps, but Nolen has said that the FAA’s intent is to have a certification pathway for eVTOLs by 2024.

Meanwhile, manufacturers are forging ahead. With so many designs, there’s not enough space here for a comprehensive review. The “Future Flight” column in AOPA Pilot’s Briefing section, however, covers various designs most months. In a general sense, it’s safe to say that the field of contestants appear to be making progress in the face of some big challenges. One is the comparatively low energy density and high weight of the lithium-ion batteries that power the electric motors of most designs. Lithium batteries have also shown a propensity for catching fire, particularly while charging.

But lithium battery endurance, power output, and charging times are improving, so some companies are reporting faster speeds, higher useful loads, and longer ranges. Those are relative terms. The best performance turned in so far amounts to 170-knot maximum cruise speeds and 130-nautical-mile ranges with a pilot and four passengers aboard. At the low end are two-passenger designs that claim cruise speeds and ranges on the order of 55 knots and 20 nm, respectively.

To make up for the limitations of lithium battery power, several designs have turned to hybrid power. This can take the form of mating conventional internal combustion engines (ICEs) with battery-powered motors for longer ranges. Most recently a surge of designs has been powered by hydrogen fuel cells, or hybrid hydrogen/internal combustion powerplants. The challenge with hydrogen power isn’t its energy density or weight—it’s the lightest of all the elements, and packs more power per pound than batteries or internal combustion engines. Its drawback is that it must be stored under high pressure, can readily burn with an invisible flame, and requires a robust transportation and distribution infrastructure, neither of which now exist. Even so, several firms are seeing their hydrogen-powered designs attract interest in regional airline applications. 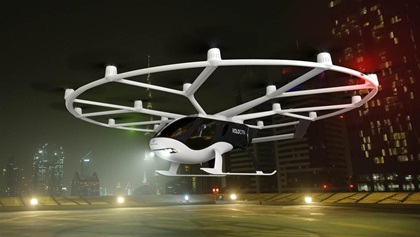 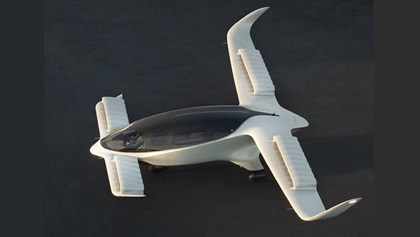 Lilium Jet. Powered by 36 ducted, electrically powered jet engines at the trailing edges of its canard and main wing, the German-built Lilium plans to operate out of bases in Florida. NetJets announced plans to buy 150 of the six-seaters, and Brazil’s Azul Airlines another 220. 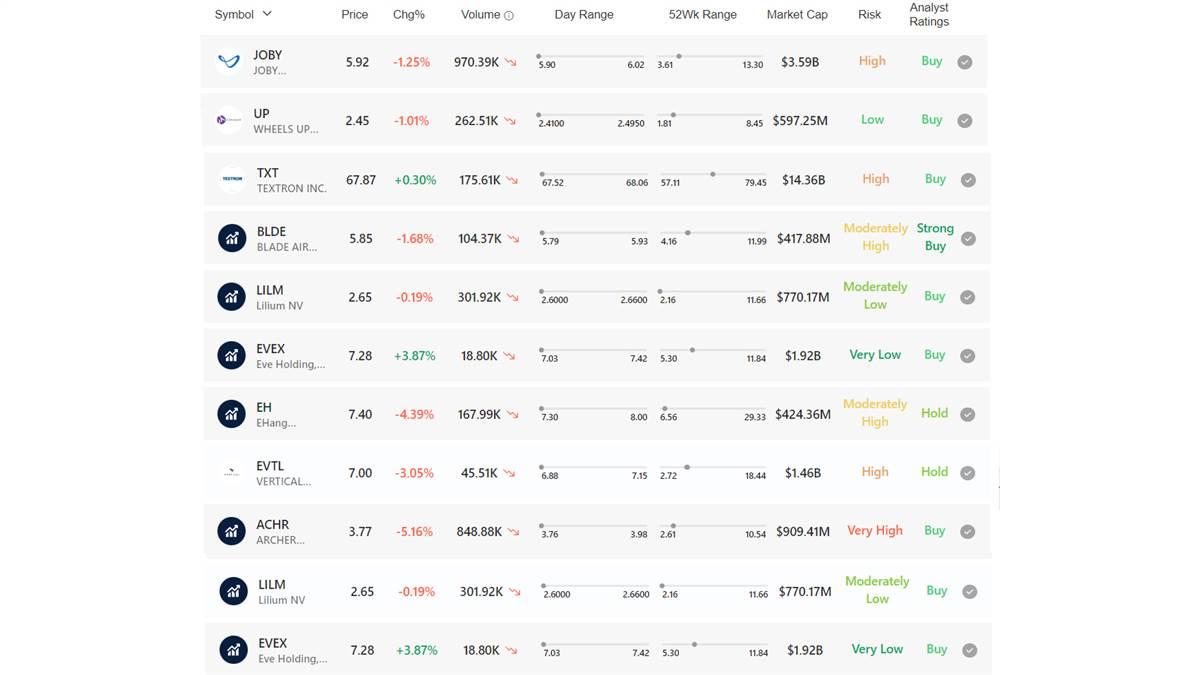 eVTOLs have a growing niche in the stock market, as this sampling of prices, 52-week trends, and trade activity from August 18, 2022, shows. Joby has been a strong performer, and the company has the highest market capitalization (the total market value of its outstanding shares), at about $3.6 billion at this writing. Blade is an air charter broker that has been investing in eVTOLs, EHang is a Chinese company that makes a pilotless eVTOL the company says will be soon certified in China. For comparison, numbers for Wheels Up, a private, membership-based, on-demand charter service that uses conventional turboprops and business jets, is shown. So are the numbers for Textron Inc, which makes the Beechcraft and Cessna lines of general aviation airplanes.

In spite of drawbacks, eVTOLs continue to inspire. Their advantages in the future airspace system appear to outweigh any perceived limitations. Nearly 1,000 AAM eVTOLs have been ordered by major airlines, where they’ll serve as shuttles from outlying suburbs and exurbs to hub airports. Others will serve as UAM intra-urban, taxi-style vehicles. Some other companies, like Embraer, envision hydrogen-powered 19-seat airliners with 200-nm ranges. Airbus has called sustainable aviation fuel (SAF) the short-term solution to decarbonizing aviation, and clean burning hydrogen power the long-term answer to reaching an industry-wide goal of net-zero emissions by 2050.

Yet another measure of their appeal is the U.S. Air Force’s interest in eVTOLs as candidate aircraft for its Agility Prime program. This is a $35 million initiative to procure aircraft capable of 66 potential uses, including infiltrating and extracting special operations troops, rescuing downed pilots, and otherwise penetrating enemy territory. Stealth is a priority, as is the ability to land in a confined space. The Air Force now has contracts to procure full-scale aircraft from 14 companies, and according to reports, final contracts will not go to a single company. Joby, Lift Aircraft, and Beta Technologies are three of the companies selected so far.

Of course, none of this progress would have been possible without considerable fundraising and investment. Some of the more successful designs have raised money by going public on stock markets, using special purpose acquisition companies (SPACs) that create initial public offerings (IPOs) by merging with existing companies. SPACs exist solely to raise capital for what they believe to be good investments; they’re shell companies with no commercial operations of their own. They’re often called “blank check” companies because investors may not necessarily know how their money will be invested. They have to trust the SPAC’s judgment. The advantage of investing via a SPAC is that it’s a quicker way of taking a private company public than through the more highly regulated, traditional IPO route, which makes it easier for startups. But eVTOL News reports that the Securities and Exchange Commission (SEC) has been warning that SPACs and the companies they combine with may face liability risks for projections made during the merging process. 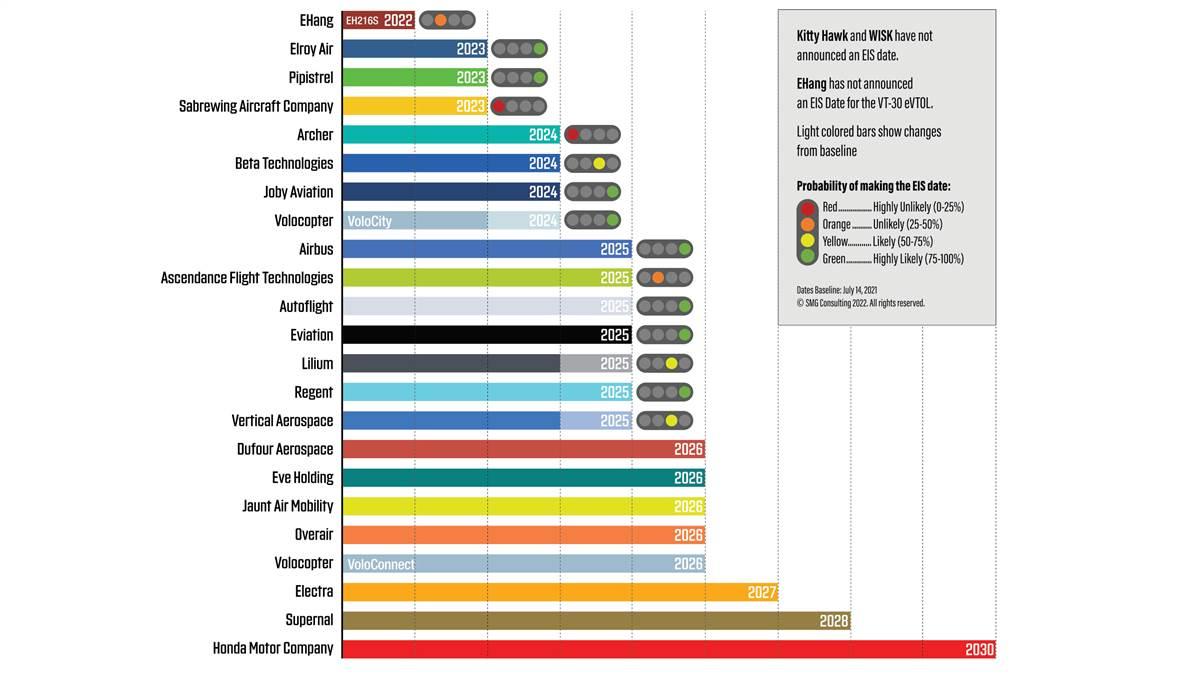 An SMG Consulting assessment of the timing and probability of entry into service (EIS) for just a few of the eVTOLs in the works. It appears that 2024 and 2025 show the most promise of success—at least according to this analysis.

Joby, Lilium, Vertical Aerospace, Eve, EHang, and Archer are among the eVTOL companies that have gone public via SPACs. It has gone very well at press time, with market winner Joby coming in first with a market capitalization of $3.6 billion, followed by Vertical Aerospace with $1.46 billion, and Lilium with $770 million.

With money like this behind them, thousands of orders on the books, vertiports being planned, ongoing demonstration flights, certification standards in the works, confident press releases, and often exuberant media coverage, UAM and AAM does project confidence. But as with any new technology, major challenges can cause unforeseen setbacks. The wave of new designs may become operational later rather than sooner. 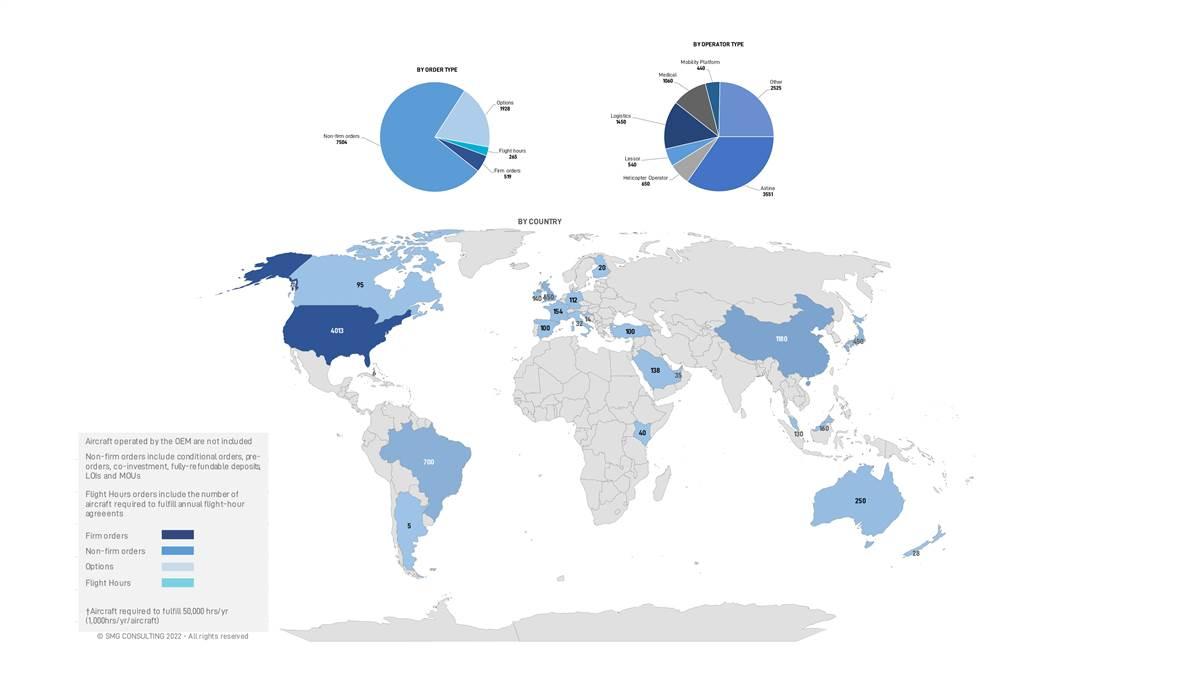 These projections show the worldwide distribution of anticipated eVTOL sales, orders, and operations. The United States is far and away the sales leader, followed by China, Brazil, the United Kingdom, and Australia. Note the predominance of non-firm (cancelable) orders and the interest from airlines and “other” operators.