Swayne Martin is not your typical social media influencer. Professional, prepared, and humble about his social media’s reach, Martin eschews the perception that many people who post are nothing more than shameless self-promoters. 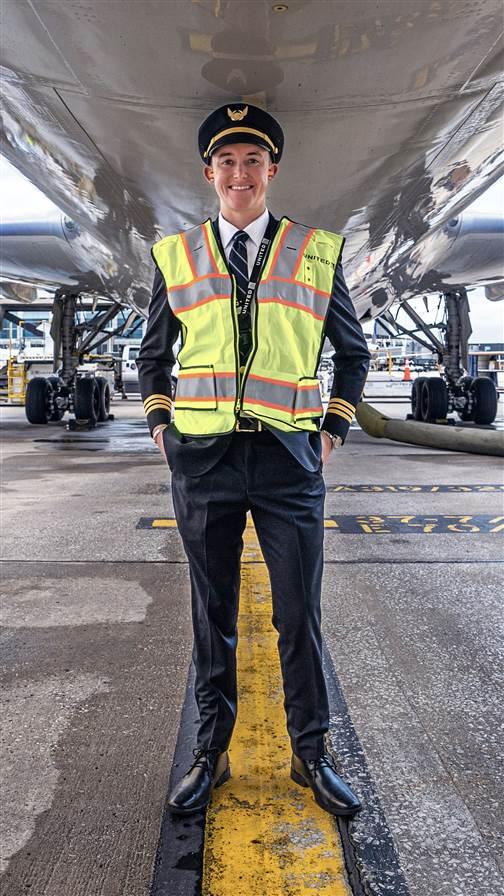 Graduating college in three years, starting his first professional flying job while still in school, getting into the airlines at the minimum age, and flying right seat in a Boeing 757/767 for United Airlines soon after his twenty-fifth birthday, Martin’s flying career is so successful it’s almost as if he planned it. Which he did.

“My dad is a business school professor,” he said. “I have a distinct memory of pitching an aviation career in a PowerPoint presentation at Starbucks when I was 15.” Without aviation mentors in his family, Martin had to educate his parents on the virtues of the career to garner their support.

The lack of mentors is what initially drew him to social media. Searching for virtual mentors or guides didn’t turn up what he was looking for, so Martin created his own to help others.

That was before he entered the University of North Dakota to obtain his degree and pilot certificates. By taking summer courses he finished in three years, spending weekends of his final year as a professional pilot at Mokulele Airlines flying the Cessna Caravan around Hawaii. He would commute from Grand Forks on Thursday night and arrive in Hawaii on Friday to rest and relax, before flying all weekend and returning to class by Tuesday the next week. Martin values the experience at Mokulele because he was able to work with retired airline pilots (it’s a Part 135 operation) who taught him how to fly in a professional environment.

Hours / About 3,500+
Certificates and ratings / ATP type-rated on the Cessna Citation CJ series, Embraer ERJ140, and Boeing 757/767
Favorite aircraft / “I’m a big retro seaplane guy, so probably a Grumman Goose, Mallard, or Widgeon. I flew a Widgeon on a ferry trip through Canada, and it was so fun.”
Extra / From his first YouTube video of his first solo flight nine years ago to the right seat at United, you can follow Martin’s journey at youtube.com/c/SwayneMartinPilot or by searching his name on YouTube

After graduation and then nearly four years at Envoy, Martin got the call to the majors and recently finished line operating experience on the transcontinental jet. Along the way he has continued to produce interesting and engaging videos that show what it’s like to be an airline pilot, breaking barriers for what’s allowed to be filmed behind the scenes. Producing videos that meet an airline’s strict policies is a lesson in patience, but Martin said he takes the company’s various needs seriously and understands the impact his videos have. And that’s what makes it all worth it. “Yesterday a passenger recognized my voice from an announcement and told me I inspired them to become a pilot. I feel like I’m making a tangible impact on people who decide to make this a career.”