In just six short months, an idea became a club thanks to the AOPA You Can Fly Flying Club initiative. The 200th flying club that AOPA helped launch is the Lake Shelbyville Flying Club from Shelby County, Illinois. 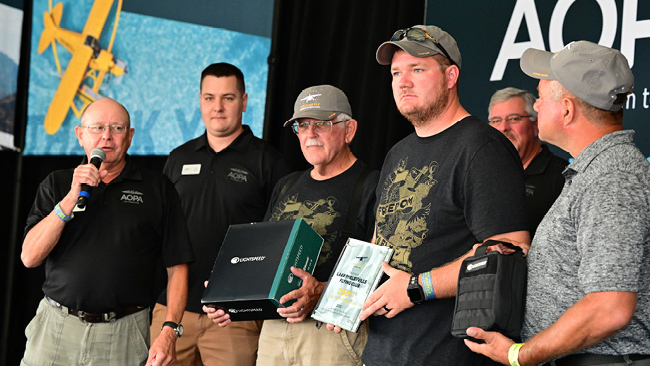 AOPA recognized members of the Lake Shelbyville Flying Club who came to EAA AirVenture at a special presentation during the annual AOPA Pilot Town Hall.

For the past 10 years, AOPA and the You Can Fly team have been surveying flight school students to find out what instructors and schools are doing right in training, and who are the best. It’s the Flight Training Experience Survey, and we’ve recognized many outstanding schools and instructors. The survey is open from September 1 through October 31.

The survey encourages anyone who has taken flight training in the past 12 months to candidly share their training experiences. Responses are used to measure the overall performance of the respondent’s flight training providers and spotlight areas where they are successful and where they have opportunities to improve.

Survey results are used to select recipients of the Flight Training Experience Awards. Distinguished, regional, and national award winners will be announced at Redbird Migration, April 11 and 12, 2023 at the EAA Aviation Museum in Oshkosh, Wisconsin.

AFTA in the cockpit

Curious what AFTA looks like in action? Watch this video to see how your instructor plans for the flight, scores your maneuvers, rates your progress, and debriefs you for your next lesson.

“This is a fun, three-part story,” said Steve Bateman, flying clubs director. “It’s a wonderful story about an airplane, an airport manager, and a group of pilots.”

Shelby County Airport manager Scott Jefson said the pace of the club’s growth, which now has 10 members, is in part thanks to the assistance of the AOPA You Can Fly Flying Clubs initiative. “We called Steve after our first meeting in January, by the second meeting we were rocking and rolling, and things just [fell] into place.”

The club is leasing a Cessna 172, which Jefson found at an estate sale, cleaned up, and flew back to the airport. After cleaning the heavy mold from the aircraft, Jefson got the aircraft airworthy, and it took its first flight with a club member on May 7.

As the airport manager, Jefson is the cog that brought it all together. Area pilots would come to his offices asking about rentals and always suggesting the possibility of forming a club to help with expenses and have an aircraft readily available. “I realized all these people had one thing in common—me. So, I gave them all the names of people who were asking about a club, and they all reached out to one another,” he said.

“Having the support of the airport manager is essential,” said Bateman. “Most operators are delighted that a new aviation organization will be based at their airport, as it will likely generate fuel sales and support airport business—but the operator has to balance use and operations on the airport, and has the obligation of ensuring that all tenants play well together and that none are afforded special or exclusive rights.”

Establishing a good working relationship and having the airport manager’s support is important and, more often than not, they open up doors and provide unexpected resources, such as free use of airport board rooms for club meetings, fuel/hangar/tiedown discounts, aircraft on the field available for sale or lease, and potential members.

Jefson was happy that the Lake Shelbyville Flying Club came together. “We now have 10 people who were not flying who are now flying.” 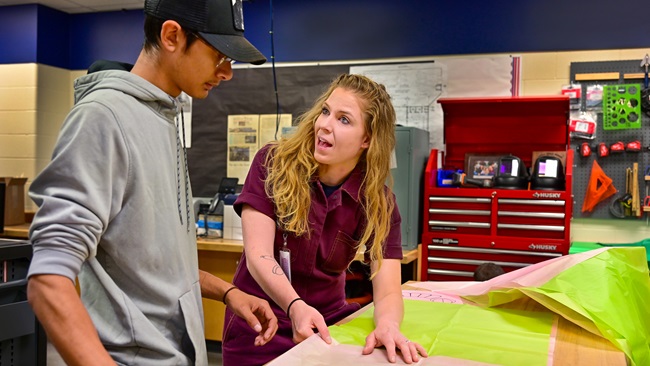 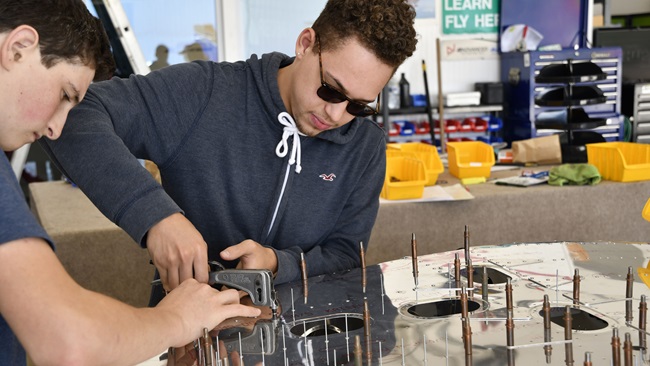