Get the app Get the app
AOPA Members DO more LEARN more SAVE more - Get MORE out of being a pilot - CLICK HERE
News & Media Aircraft Maintenance: The most dangerous aircraft system

With the autopilot engaged, the boys and I cruised along smoothly, IFR at 6,000 feet, remarking on the terrible weather we had to navigate around during nearly every other pilgrimage we had made to EAA AirVenture Oshkosh together. We tempted the fates by marveling at how easy this year's trip to AirVenture was going. As we talked, I didn't notice the subtle movement of the pitch trim indicator as it slowly crept downward. 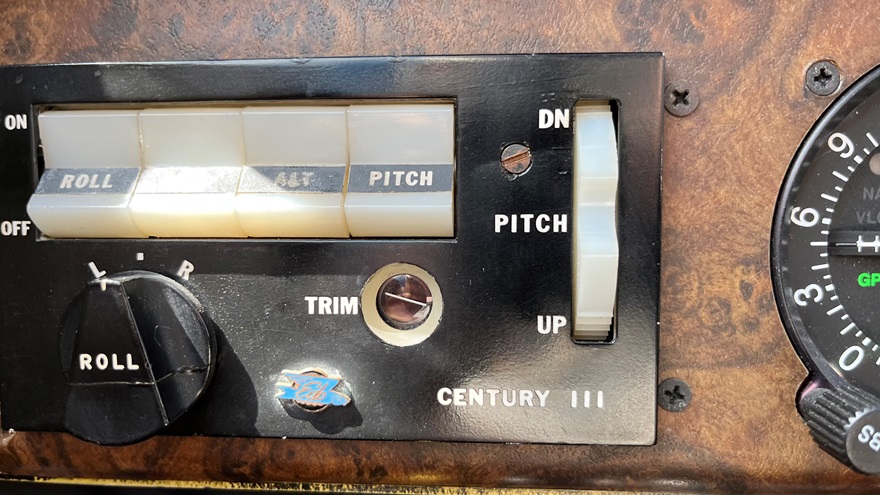 We were issued a frequency change for an air traffic control sector handoff, and I was just reaching up to make the change when the aircraft violently pitched down. We were tossed toward the ceiling with loose items flying around the cabin as I grabbed the yoke and pulled back hard. As soon as I felt the force on the yoke required to move it, my eyes went to the trim indicator and saw it was trimmed excessively down. With one hand pulling on the yoke and the other manually adjusting the trim back to neutral, we quickly regained control and level flight. Gathering ourselves and calming down, we checked for injuries (there were none) and completed the flight with the auto-trim disabled.

To many general aviation pilots, aircraft elevator trim systems are often considered secondary systems of lesser importance compared to the engine and primary flight controls. Checking the trim position is on preflight checklists, but that's about it. That's a remarkable disconnect, considering the role of trim in some fairly high-profile accidents.

Aircraft elevator trim systems have played a role in several catastrophic accidents ranging from the recent crashes involving the Boeing 737 Max to a Piper Navajo crash in 2021; the Colgan Air crash in 2003; and even the 2011 crash at the National Championship Air Races in Reno, Nevada, that killed the pilot and 10 spectators on the ground. Trim systems are serious business, requiring great respect from both pilots and mechanics.

Manual trim systems are designed to aid the pilot in all flight phases, from takeoff to landing. In fact, one of the requirements of the elevator trim system design is the ability to safely control the aircraft by itself, in case the primary elevator control system fails. That said, the trim system can exert a significant control force—a force that can become dangerous if it is excessively out of limits for the flight condition of the aircraft.

Take the example of the “green band” on most trim systems that indicates the safe range of trim for takeoff. This is a requirement from FAR 23.677(a): “The pitch trim indicator must be clearly marked with a position or range within which it has been demonstrated that takeoff is safe for all center of gravity positions and each flap position approved for takeoff.” That means that takeoff with the trim outside of the green band may not be safe. I've seen many pilots fly approaches while trimming the aircraft far out of the green band to lighten the elevator loads for the flare. If you need to go around in a hurry, you'll find that application of full power without re-trimming can result in a powerful pitch-up that could induce a stall if not caught in time.

I point this out because it is one reason that proper rigging and maintenance of the aircraft's trim system is so important. If the elevator trim is stiff, sticks, or fails for some reason, the aircraft can become very difficult to fly. The same can be true if the trim tabs are too loose or not properly balanced. At best, these conditions will cause excessive vibration and wear to the entire elevator and trim control system. At worst, it can cause control system flutter and total failure.

The first reason is because electric trim can "mask" trim systems problems. I've found that pilots who fly aircraft with electric trim rarely (if at all) move the manual trim wheel by hand. Since the electrical trim switch provides no tactile feedback on trim operation, these pilots have no idea if the trim system is stiff or binding. Their first indication of a failure in the system will be when the electric trim motor fails to overcome the underlying mechanical problem. This means that their first indication of a problem may be when the problem has become critical to safe flight. The warning signs may have been present for months of flying, but they would have had no idea.

Autopilot systems themselves can mask problems with the trim system. In the case of our in-flight failure, the electric trim was slowly (and incorrectly) moving the aircraft out of trim downward. The autopilot's pitch servo was working increasingly hard against the trim to maintain the aircraft in level flight. Having not noticed the changing trim, I had no idea how hard the pitch servo was working to keep the yoke back. When the pitch force finally reached the limit of the servo clutch, the servo released and the aircraft pitched over violently.

My first call after landing was to Alan Sparks at Autopilots Central in Tulsa, Oklahoma. He (like others at the company) has a great deal of experience with issues like this. He was very clear about the urgency of the situation: Most autopilot issues don't involve serious flight risk, he explained. Trim issues, on the other hand, always get top priority because runaway trim can have dire consequences. With Sparks' help, we're making sure it doesn't happen again.

The keys to managing trim system risk are maintenance, preflight inspection, and observation. Always make sure that the trim system is carefully inspected at annual, and anytime that you notice something out of the ordinary. Make the trim system a focal point of your preflight inspections, including operating the trim both manually and electrically (if equipped) before every flight. Check its operation in flight as well. The system should operate smoothly, regardless of airspeed or attitude. If possible, make your approaches with trim settings within the takeoff green arc to prepare for go-arounds. If that’s not possible, make re-trimming an integral part of your go-around procedures. Finally, make the trim setting a part of your regular instrument scan while flying, so you can catch any deviations before they surprise you.

The trim system is the aircraft's way of helping you fly the airplane with reduced effort. With proper maintenance and monitoring, you can ensure that it's always working with you, and never against you. Until next time, I hope you and your families remain safe and healthy, and I wish you blue skies.