Fort Worth Center controller Kerri Fingerson cleared the flight for another approach on a rainy April afternoon in Oklahoma, but something was not quite right.

Fingerson recalled in an account of the incident on April 23, 2021, posted by the National Air Traffic Controllers Association that deteriorating weather prompted her to call airport towers for an update after clearing a Cessna 172 on the miss for a second approach to Clinton Regional Airport. She said her “‘Spidey’ sense” told her “something just wasn’t right.”

The Cessna deviated from the published missed approach and got her full attention, turning early and contacting departure 1,200 feet short of the expected altitude for that call.

“I knew at that point that he knew he was in trouble even though he really hadn’t admitted it verbally yet,” Fingerson said.

Fellow controller Megan Baird returned from break without having yet been assigned a duty station, and sensed Fingerson had trouble on her hands, so Baird sat down alongside and plugged in her headset. The two divided the work of calling around for weather reports and identifying an airport with higher ceilings that was still in range of the Cessna’s rapidly dwindling fuel. They arranged for a restricted area to be deactivated to shorten the route, and kept the pilot updated on weather.

There I was: Drew Ryan and Potomac Tracon (Episode 45) features the pilot who flew into Frederick, Maryland, after two missed approaches and the Eastern Region’s save.

Watch a recording of the Communicating for Safety conference online.

A report from another pilot who had just landed at a closer airport with better weather changed the equation, and the Skyhawk pilot diverted to a safe landing with 14 minutes of fuel remaining.

Their teamwork and technical proficiency earned Fingerson and Baird particular distinction among the many controllers honored at the NATCA Communicating for Safety conference in Las Vegas, which featured the presentation of Archie League Medal of Safety Awards to controllers from various regions.

The President’s Award, which is chosen by NATCA President Rich Santa as the best flight assist of the year, was presented to Fingerson and Baird.

“[This event] stands out even among the previous presidential award winners. Not because it was particularly dramatic or the scale of the crisis. It stands out because the controllers’ work was outstanding from a technical standpoint,” said Santa. “Among all the nominated tapes that we reviewed this year all who have listened to this tape were immediately struck by how well the controllers involved performed their job. They didn’t seem overly nervous, every word they said to the pilot was necessary and exactly technically correct … they didn’t just do everything right, they also did nothing wrong. I am pleased that we can give this save and the controllers involved the additional recognition that it deserves.”

A general aviation pilot battling high winds and icing; a Mitsubishi MU–2 pilot experiencing hypoxia; a military training aircraft with engine trouble—all of these time-critical emergencies ended positively with the help of air traffic controllers who were honored at the conference highlighted by presentations of NATCA’s Archie League Medal of Safety, awarded annually to individual controllers or teams of controllers for one “remarkable and extraordinary” save from each air route traffic control center region. Named for the first air traffic controller, the award began in 2004, and nominations and voting are carried out by NATCA members. 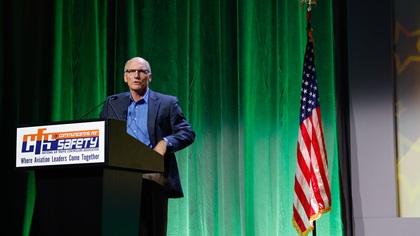 The Communicating for Safety conference closed with the Archie League awards banquet, a black-tie event that included many of the winners’ loved ones in attendance.

“Tonight, we are going to see the best of the best,” said Santa. “This is a challenging career, with ever changing variables and unlimited scenarios that we always have to evaluate and make perfect decisions … Thank you for your steadfast devotion to keeping the national airspace system safe, and the people using the system safe. We appreciate it.”

Brent Eber and Nathan Midthun of Merrill Field ATCT (MRI), for early recognition of and assisting an engine-out Douglas DC–3 and clearing the runway of a snowplow, which the snowplow operator says saved his life.

Brian Magnuson of Kansas City Center (ZKC), for recognizing hypoxia in a pilot who had just reported pressurization problems and repeatedly instructing the pilot to descend and don oxygen, communication that the pilot later said prevented him from passing out “and likely a different outcome.”

David Lomascolo and Eric Lomascolo of Potomac Tracon (PCT), for teamwork to vector a pilot onto the Frederick ILS during high wind and icing conditions after two missed approaches.

Darren Groce of Indianapolis ATCT (IND), for assisting a pilot in training in the traffic pattern on safely returning to the airport for a forced landing after a fuel pump failure.

Patrick Sullivan of Boston ATCT (BOS), for averting a runway incursion that could have resulted in a life-threatening event.

David Kunzman and Artur Mularczyk of Memphis Center (ZME), for assisting a military training aircraft experiencing engine trouble in finding a suitable alternate field than its home base of Naval Air Station Meridian; the pilot stated later that without their help, he would have had to eject.

Kerri Fingerson and Megan Baird of Fort Worth Center (ZFW), for assisting the pilot of a low-fuel Cessna 172 finding a suitable landing field in instrument conditions.

Colby Alford, Matthew Cox, Dan Hauptman, and Eric Joe of Las Vegas Tracon (L30), for helping a noninstrument-rated pilot who made an unplanned flight in Class A airspace safely return to Earth through severe spatial disorientation.


All of these saves have several things in common—excellent work from the air traffic controllers, professionalism, and pilots who were in contact with ATC. As pilots, it is important to remember that ATC is a useful resource in decision making and especially in emergencies (when time allows), but only to those pilots in contact with them.

NATCA has more than 20,000 members; next year’s conference will take place on September 18 through 20 in Las Vegas. 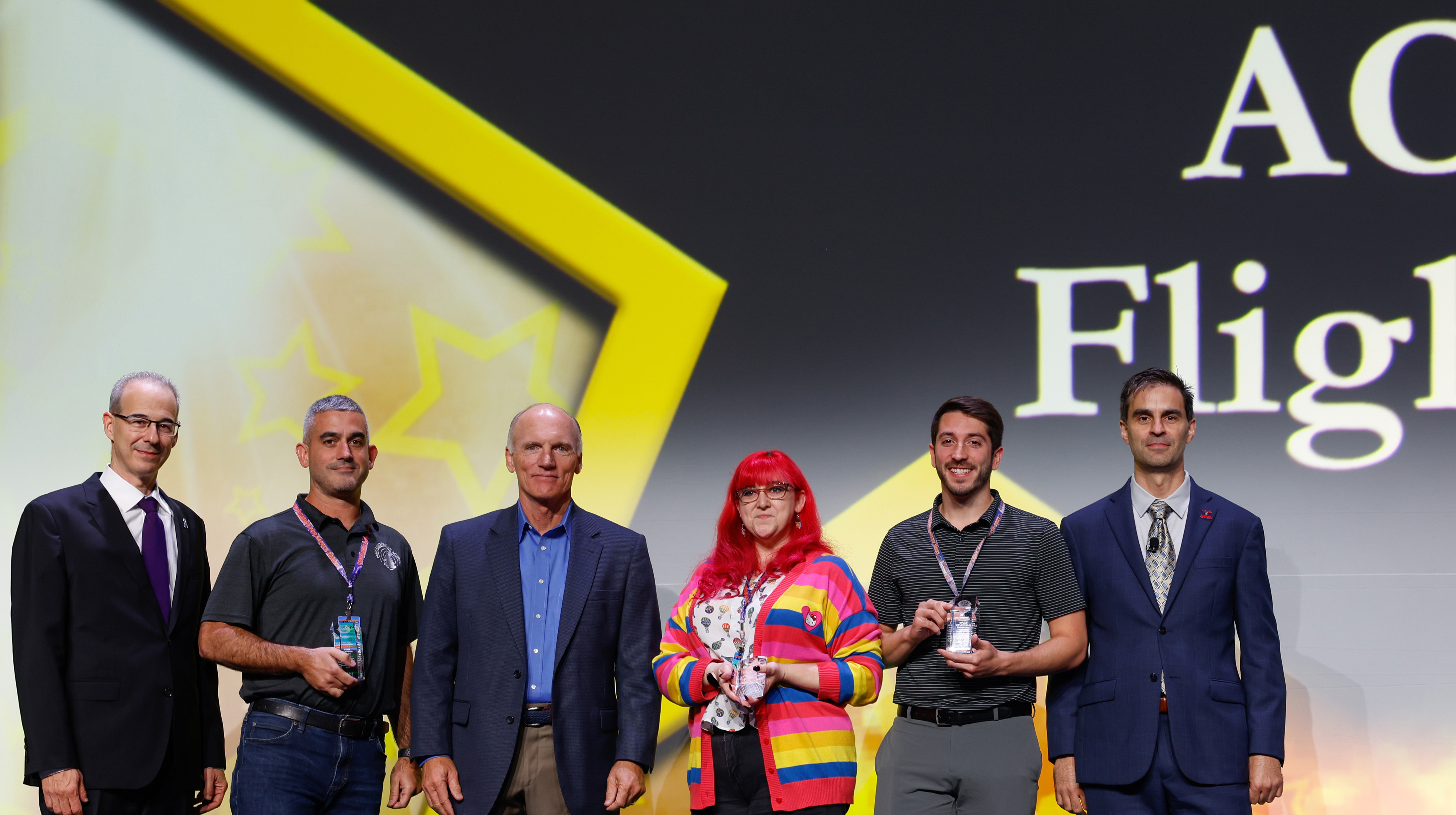 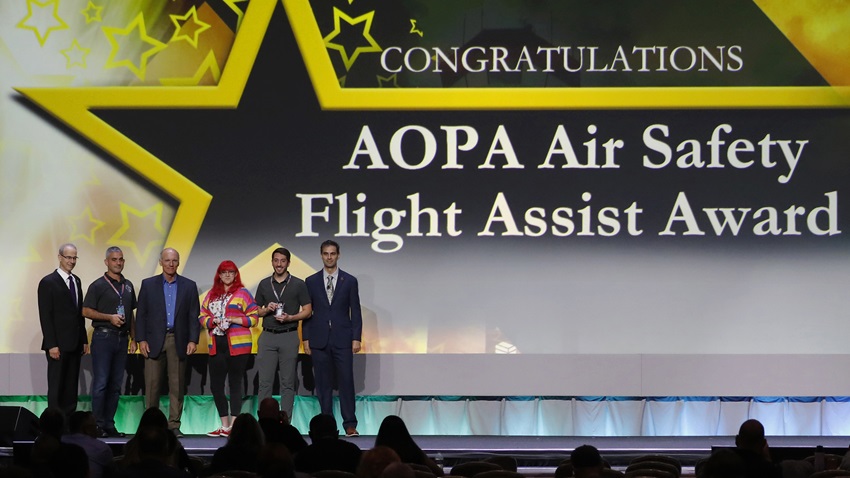 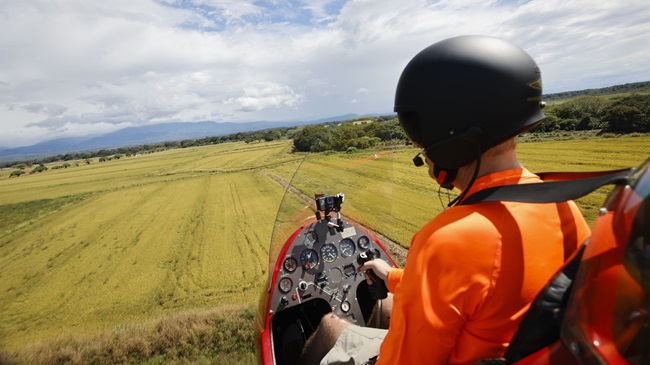