In December 2021, after reviewing several fatal accidents, the NTSB recommended that the FAA require carbon monoxide detectors in all enclosed-cabin aircraft with reciprocating engines. 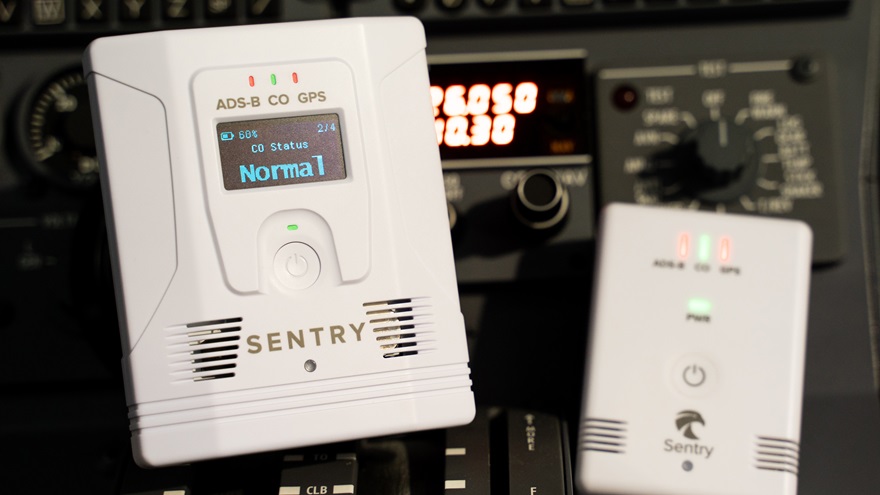 The report emphasized the importance of active alerting through visual and auditory means as a vital feature of any effective CO detector. It noted that affordable "spot" detectors, which darken in the presence of CO, come with inherent drawbacks that limit their effectiveness. "These passive detectors require pilots to visually recognize the change in detector color, which can only be accomplished as part of an intentional visual scan—a task that may not be effective during night conditions or possible while impaired by CO poisoning."

For most pilots, a compact and portable device combining active CO alerting with other inflight capabilities is the ideal solution, and ForeFlight's Sentry and Sentry Plus ADS-B receivers are ready-made for the job. These devices wirelessly connect to your iPad or iPhone to provide a multitude of data in ForeFlight Mobile, including GPS position, ADS-B weather and traffic, AHRS pitch and bank, and more, while continuously monitoring CO concentrations in the cockpit. 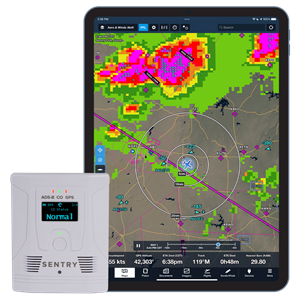 Just as recommended in the NTSB's report, these devices provide active alerting via both visual and auditory means: the devices themselves issue a loud, high-pitched alarm as the "CO" LED on their faceplates turns red, while ForeFlight Mobile displays a prominent warning banner containing the detected CO concentration level, and also reads this warning aloud through any connected Bluetooth headset or the device's speakers.

Since releasing the original Sentry device in 2018, we have received dozens of reports from pilots who were alerted to the presence of hazardous CO levels by Sentry's alarm, allowing them to take immediate action to ventilate the cabin and prepare for a quick descent and landing. The sentiment common to all of these reports is this: "I wouldn't have suspected a thing if it weren't for Sentry."

Michael Schmidt, a pilot from Washington state who experienced a CO emergency while flying to Wisconsin for EAA AirVenture Oshkosh 2022, echoed this sentiment: "Had I not fired Sentry up, I would've had no idea. They talk about CO being the silent killer, and we hear that all the time, but it really is the silent killer. If I hadn't turned it on, I'm convinced I would've been asleep over South Dakota somewhere." 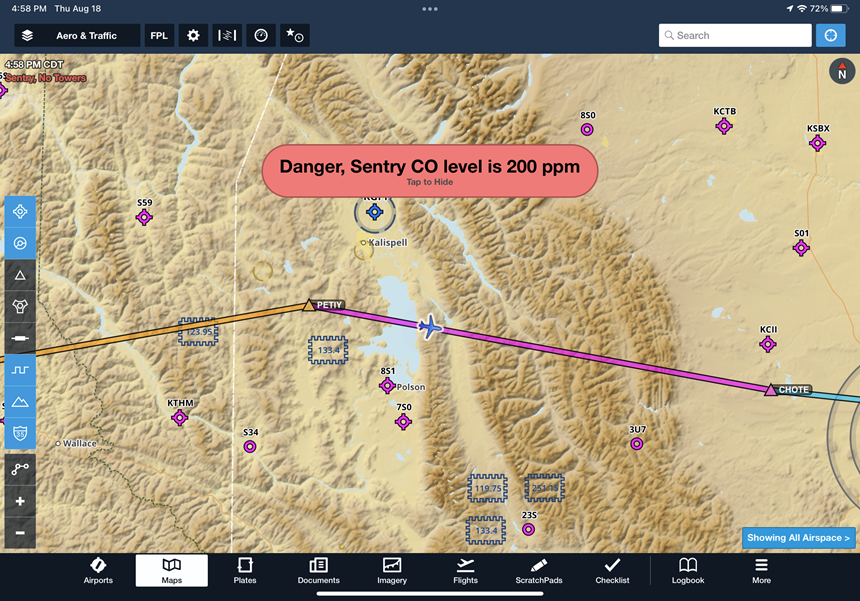 Michael's story, and all the others we've heard from grateful pilots, reaffirm the critical need for active and reliable CO detection in today's piston aircraft fleet. Whether mandated by the FAA following the NTSB's recommendation or implemented by individuals in their aircraft, all pilots should take steps to protect themselves and their passengers from the "silent killer" of carbon monoxide poisoning. And with portable, multifunction devices like Sentry and Sentry Plus readily available, there's never been a better time to fly more safely.

Hear directly from pilots who have relied on Sentry to warn them of CO exposure or to read the full NTSB report here. 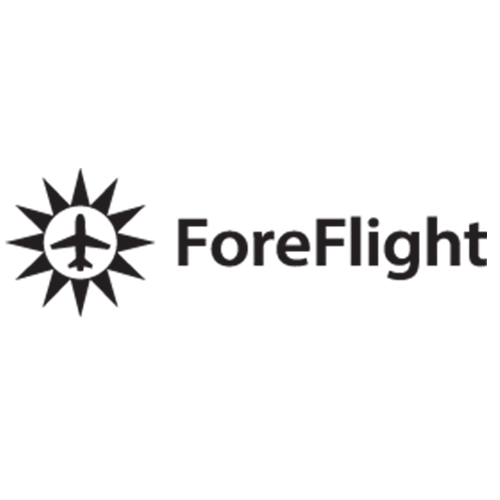 ForeFlight formed in 2007 with one guiding mission: Create software that makes flight planning easier. Since then, ForeFlight has not only revolutionized the pilot’s flight bag but also laid the groundwork to make mobile flight planning apps essential to flight operations. Continued strong growth has positioned ForeFlight as a leader in the aviation industry. We serve the needs of pilots and flight departments all over the world, and across all segments of aviation including personal, business, military, commercial, and education. ForeFlight Mobile, the company’s flagship product, is used by individual pilots and professional flight crews to gather weather and destination information efficiently. It has become the go-to app to route, plan and file, access and manage electronic charts and maps, organize flight publications, and used as a reference for enroute navigation aid.
Learn more
X