A virtual transition from pistons to turbines

I’ve flown biplanes inverted, a Piper Super Cub across the country, floatplanes in the Northwoods, and instructed about a thousand hours in Cessnas—all low and slow hours—but I’ve never flown a turbo anything. So, when the opportunity arose to learn to fly a Cessna Caravan at SimCom’s Orlando, Florida, training center, I of course said yes.

Sim levels: What they mean 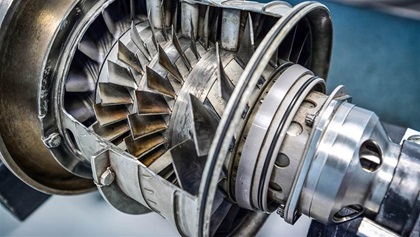 Book early. The sims operate around the clock, and instructors are limited. If you know you want to take a course, book as soon as possible to get the date you want.

Study before you get there. Make flashcards, review the POH, and use all the resources SimCom sends to set yourself up for success during your course.

If, like me, you are traveling from the West Coast, give yourself an extra day to adjust to the time change. You’ll be sharper and ready to learn after a good night’s sleep. —AH

My simulator training to this point was limited to simpler (but still effective) simulators such as Redbird. The most vivid of these sim experiences were from my senior year’s crew resource management/line oriented flight training course at Rocky Mountain College, when total system failures while flying a single engine on back course ILSs in heavy snow with a 200-foot ceiling while one of your passengers has a heart attack were to be expected. I wondered if the Caravan course would be the same.

After scheduling the turbine transition and Caravan training, SimCom sent over a series of files to study including the pilot’s operating handbook, checklists, and memory items. Before diving in, I reached out for advice from several friends in the jet world who have more sim experience than I do. Kim Cordova, a UPS pilot and my best friend, told me I’d be fine as long as I memorized the action items and did exactly as the instructors said. She also told me not to let myself get frustrated with the way the sim flies. Without the sensory inputs we’re used to in the air, sim flying can get tricky and it’s easy to overcorrect.

The POH wasn’t shockingly difficult since the Caravan is a relatively simple turboprop. Its systems are not so different from the systems I’m used to in the piston world—it’s a fixed-gear, single-engine, high-wing Cessna after all. And I wasn’t too worried about how it would fly, either—the speeds are not drastically different from the faster end of aircraft I’ve flown before.

But the new-to-me engine was intimidating, especially after years of hearing horror stories of pilots toasting a million-dollar-plus turbine engine on startup with a moment of inattention. I reviewed the starting procedures and emergencies for startup probably more than any others, my memory item flashcards well-worn before heading to SimCom.

I flew from my home base of Los Angeles to Orlando on a Sunday afternoon. Orlando is a sim-heavy town, and on arrival to the hotel in the early evening, I saw polo-shirted pilots milling about the lobby with badges still on their necks, grande Starbucks cups in hand, and checklist after checklist strewn across their high-top tables. If nothing else, I was in good company.

The next morning, I headed to SimCom’s Lee Vista training center for a 7:30 a.m. check in. Day one of my course would be a turbine transition—estimated at eight hours of the basics of turbines and specifically the Pratt & Whitney PT6. Days two through four would be the Caravan course. I told myself if others could do it, so could I. The only real wild card was the instructor. If for some reason we didn’t get along, I knew it was going to make an unavoidably long week even longer.

A dozen or so other pilots were also checking in for their courses. We received our badges and instructions to head upstairs to the customer lounge. The Orlando Lee Vista Training Center includes both jet and turboprop training, and trains both professional pilot and owner-pilot customers. While service theoretically shouldn’t change depending on what kind of pilot you’re working with, I’m sure it adds a layer of complexity to the instructors’ jobs.

The lounge had several coffee machines, a few chairs, and picnic tables. I snagged a coffee and comfy chair and waited. My body felt like it was 4:45 in the morning, and I wondered if the turbine transition would really take eight hours (spoiler—it would). All of us waited around like kids before a schoolyard kickball game before my instructor, John Martin, came to the lounge to collect me. As a rule, class sizes are small at SimCom, and luckily enough, I’d have the course to myself. John Martin has had a long and varied career, from flying thousands of cycles in Pilatus PC–12s and Caravans, operating his own aircraft management company and banner tow company, to flying in the movie The Divine Secrets of the Ya-Ya Sisterhood in a red Waco called Carolina Belle. Now, he is a sim instructor and program manager of the PC–12 training program at SimCom.

We instantly had one thing in common: towing banners on the coast of North Carolina. He operated his own company and towed with a Maule on Cape Fear; I’d worked to the north of Cape Fear in Dare County and towed in a Citabria. Banner towing is a funny little club, and this shared experience gave us a good rapport for the week to come. During breaks in training, we’d share stories of diverting for thunderstorms, trips to First Flight Airport (FFA), and the beauty of North Carolina’s barrier islands.

After introductions we went right into the thick of it. The principals of turbine engines are not so different from piston engines, but it was still a lot to take in. We took a tour of the building and I got to see a cutaway of a turbine engine. Seeing the different stages of the engine and holding different pieces in my hand made it that much easier to understand. By the afternoon, and many cups of coffee later, we’d gotten through the bulk of the turbine transition and headed to the first sim session.

In my early instrument training, I was resistant to using simulators. I only wanted to be in the real airplane and didn’t see the point of practicing something we could do in the air on the ground instead. I can’t log this toward my total time, so why the heck am I paying for it? If the weather’s nice, why on Earth aren’t we flying? My instructor, fed up with my less-than-sincere approach, told me that if it was good enough for NASA astronauts—who practice only in a simulator before getting to space—then it was good enough for me. I changed my tune after that. It was a good lesson to learn early.

SimCom’s Caravan simulator is a Level 5, non-motion sim with wraparound projection screens. From inside the sim when sitting normally, a pilot’s vision is only of the cockpit and screens, a combination that creates an effective learning environment.

The first sim session was an orientation. Martin walked me through the cockpit, which was both analog and glass. The Caravan, as we would discuss later in the week, is often used commercially in less-developed airstrips under harsh conditions, and not all of them have the all-glass panel associated with the factory-new turboprops of today. I remembered a roommate of mine from my flight instructor days who flew an older Caravan as a time-building job—his had an ADF and not much else. Because the sim panel was familiar, this made it easier for me to actually learn about the airplane. If I’d been moving into an airplane with a flight management system or similarly sophisticated glass, I would have needed to study far more before arriving in Orlando.

But there was still a lot that was new to me: the first guarded switches I’d ever used, the first ITT (interstage turbine temperature) and NG (gas generator) gauges, and the first time with the ominous extra red lever on the power quadrant. I worked my way through to the engine start checklist and successfully got the imaginary PT6 running. It felt like an accomplishment. I walked in that morning with limited turbine knowledge and ended the day with understanding the important parts of what’s going on during a turbine engine start. We flew a lap in the pattern, and I was mindful of my friend Kim’s advice to not get frustrated. After an aggressive rotation and correction on takeoff, it was fairly easy to fly. In the “air” the sim had me fooled—I felt like we were moving.

We called it a day around 5 p.m., and Martin gave me several chapters of the POH to review before the next morning. We’d do ground first, then fly the sim after lunch. I headed back to the hotel, grabbed my POH, and went down to the restaurant. While I was studying in between bites of pasta, the server asked if I was with an airline. I told him I wasn’t but was here for aviation training. He gave me an aircrew discount, and I felt very official by the time I finished my homework and turned in for the night.

The next day we went over more systems and focused on basic flying in the sim. Hour by hour, the idea of flying a real Caravan became more manageable. While the days were long, every moment was filled with critical information, and my life became a cycle of ground-sim-eat-study-sleep.

By day three I felt things coming together. We practiced a hung start, a flap malfunction, a chip detection, and other procedures I hadn’t had to assess before. For the most part things went smoothly, and we focused on the whys behind the actions rather than blindly following a checklist.

After one landing on abnormal procedures day, I missed the detent on the fuel condition lever, and moved from high idle, past low idle, and to cutoff—partially because of a well-used lever where the detent had a little more wear than in an actual airplane, but mostly because I was flustered. Following my piston-based instincts, I moved the fuel back to low idle.

“I’m glad you did that here,” Martin said, “because now you can learn from it.”

The best part of the trip was learning something new from someone who genuinely seemed to enjoy teaching. As a flight instructor myself, I could not imagine the energy it took to instruct almost nonstop from 8 a.m. to 5 p.m. for a week straight. And Martin wasn’t teaching novice level information, either. We’re talking systems and abnormal and emergency procedures. He was patient when I had questions and made sure I learned from any mistakes I made in the sim.

By the end of day four I felt that the long week had flown by. We finished up with the big-time emergencies in the sim like engine failure after takeoff, a fuel control unit malfunction, and engine flameout. I’m proud to say I did not earn a red screen of death but perhaps more important, I don’t think Martin’s goal was ever to get me to crash. I do think some sim instructors revel in getting their students to wreck. It takes a particular skill to teach something new and intimidating without making your student feel dumb.

Luckily, John Martin is just such an instructor.

With the final sim completed, I walked out of SimCom on Thursday afternoon with my head held high, feeling confident that I could safely fly a Caravan that moment if needed. If anyone needs a right seater, let me know!