Avid backcountry pilot Alex Browne was in disbelief as AOPA President Mark Baker delivered the news that he was the proud new owner of the AOPA Sweepstakes Grumman Tiger. 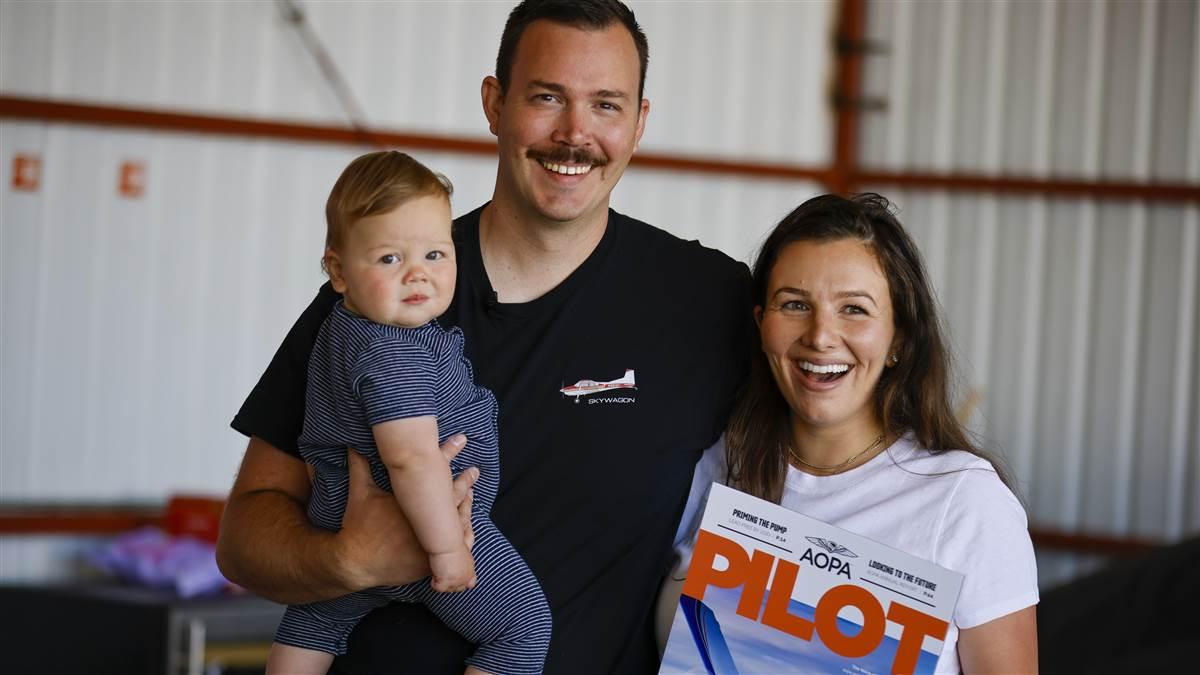 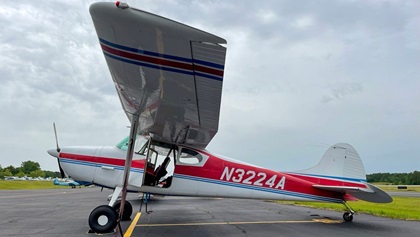 The newest AOPA sweepstakes aircraft is a 1953 Cessna 170B. The 170 was one of the world’s most popular four-place airplanes when new and was designed to fly off short grass runways. AOPA is going to tweak the original design and turn the AOPA Sweepstakes Cessna 170 into a fire-breathing backcountry beast. We’ll start by giving the 170 an engine transplant—increasing horsepower from 145 to 180. Then we’ll install bigger tires, a lightweight interior, modern VFR instrumentation, and other modifications to complete its transformation into an outstanding backcountry performer. You won’t be able to miss the dramatic backcountry-inspired paint scheme. Watch these pages for more information and check aopa.org for regular updates.

I had lured Browne, an AOPA member since the age of 16, to the Petaluma airport on July 15 under the guise of an interview about backcountry flying and his modified Cessna 185. Little did 33-year-old Browne know, AOPA President Mark Baker and AOPA Senior Vice President of Media and Marketing Kollin Stagnito were hiding just out of sight, awaiting the signal to step in.

Surprised by Baker’s sudden appearance, the shock set in as Baker explained that Browne was now the proud owner of the Grumman Tiger and presented him with the aircraft’s Tin Tail Numbers sign. “Woah, Woah, What?! No….I’m blown away!” Browne said. “This is like the first thing I’ve actually won!”

Browne called his wife to share the good news, “I uhh...I just won a plane…the AOPA sweepstakes, the giveaway of the Grumman Tiger.” Browne’s wife, Soraya, knew the aircraft, and after confirming the aircraft was the same one the cover of a recent AOPA Pilot magazine a few months prior, exclaimed, “I’m speechless!” before heading to the airport with their son, Cal. Browne and his family then went to EAA AirVenture Oshkosh in Wisconsin, to meet their new aircraft.

Browne, a commercial pilot, started taking flying lessons when he was 14 years old and earned his private pilot certificate before his driver’s license. A passionate outdoorsman, Browne has become adept at flying in the backcountry in his Cessna 185. Of his new Grumman Tiger, he said, “I see this as an opportunity to give back and help boost aviation within the local community. I’m hoping to get more people involved in aviation—the first being my wife!”

“The experience of being surprised by Mark Baker,” Browne said, “was one I’ll never forget. I’m a huge fan of him and everything he has done to promote backcountry flying. I never thought in my wildest dreams that I would have the opportunity to meet Mark in person, let alone have him stand in my hangar!”

Visit aopa.org/sweeps for full sweepstakes rules and a list of generous contributors.